US to spend $750 million to attack Central America poverty woes 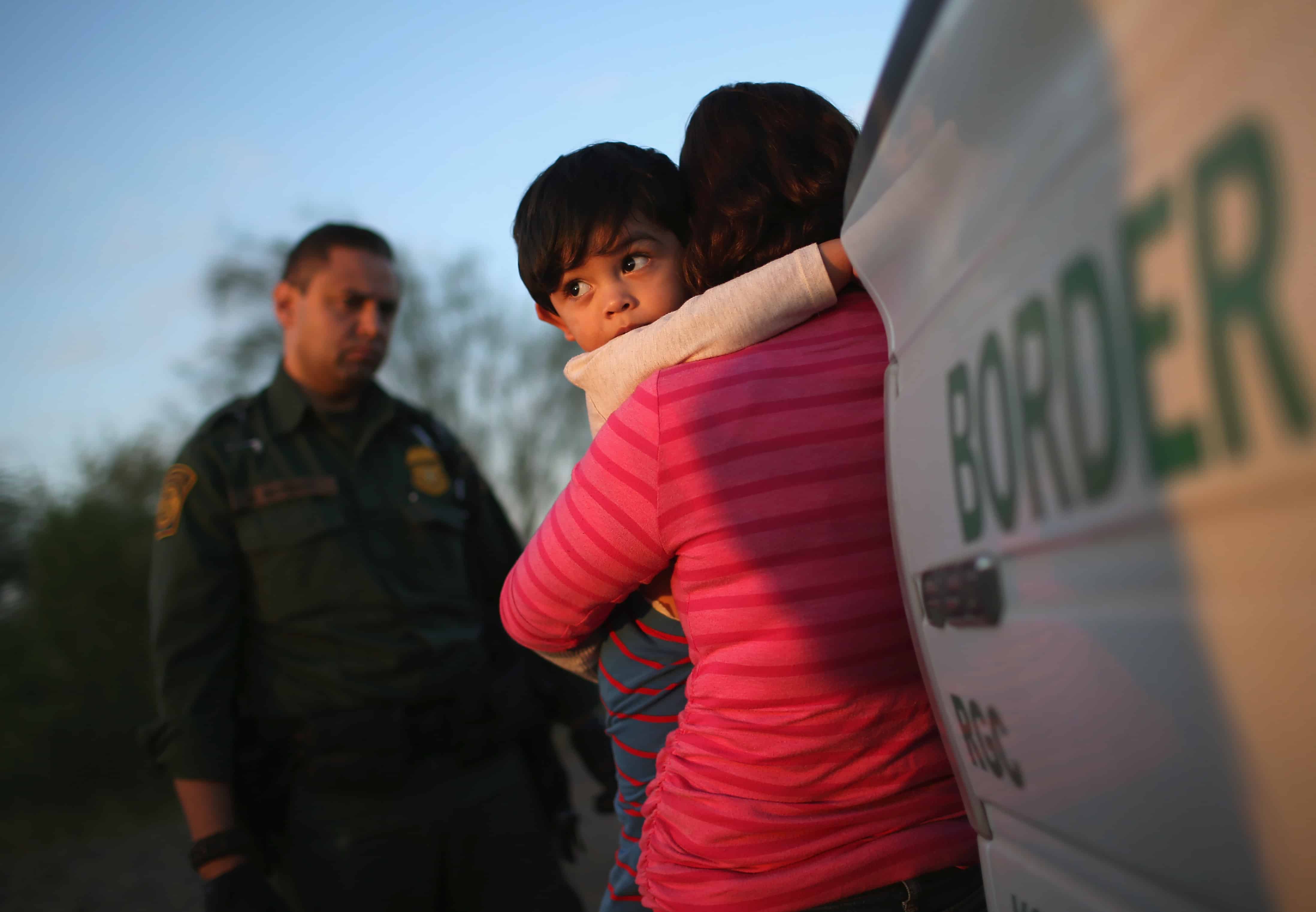 A 1-year-old from El Salvador clings to his mother after she turned themselves in to U.S. Border Patrol agents on Dec. 7, 2015 near Rio Grande City, Texas. (John Moore/Getty Images/AFP)

WASHINGTON, D.C. – As unaccompanied minors have again crossed the southwest border in growing numbers in recent months, experts have agreed that the root causes of the surge lie in Central American violence and poverty that is driving people north.

Now, the U.S. Congress and the Obama administration are trying to do something about it.

The year-end spending bill that passed Congress on Friday contains $750 million to help the Northern Triangle countries of El Salvador, Guatemala and Honduras fight poverty and gang violence, improve security and reform their governments, far more than the Senate and especially the House had initially allocated. Though the administration had asked for $1 billion, senior officials hailed the money they did get as a big win, saying it will aid their efforts to keep children from those countries at home.

In October and November, more than 10,500 children crossed the U.S.-Mexico border by themselves, the vast majority from the Northern Triangle countries of El Salvador, Guatemala and Honduras, according to Department of Homeland Security data analyzed by the Migration Policy Institute, a nonpartisan think tank. The surge, a 106 percent increase over the same period last year, has sparked concerns that the new influx of children could eventually approach the levels that last year prompted the Obama administration to declare a humanitarian crisis.

“The security and prosperity of Central America are inextricably linked with our own,” said Vice President Joe Biden, who has traveled to the region and helped lead the administration’s push for what became the $750 million. “This decision by Congress to invest $750 million in Central America demonstrates that we honor our commitments and believe in a future where the Western Hemisphere is middle class, democratic, and secure.”

Added Peter Boogaard, a spokesman for the National Security Council: “We are pleased Congress has taken action on the Administration’s request to fund the Strategy for Engagement in Central America. The Strategy will support security, good governance, and prosperity – three critical pillars to making longer-term progress in the region and in stemming the flow of Central American migrants across the Southwest border.”

The numbers of minors headed north are still far below the peak period last year, when more than 10,600 unaccompanied minors crossed the border just in the month of June, swamping federal resources. But experts are concerned that numbers will keep growing, especially because some of the same conditions that drove last year’s surge, including gang and drug-related violence in Central America’s Northern Triangle, have grown even worse. El Salvador’s homicide rate, for example, is now at its highest since the country’s civil war ended in 1992, after a truce between two prominent gangs broke down last year. Wendy Young, president of Kids in Need of Defense, a Washington, D.C., nonprofit that represents unaccompanied minors in deportation proceedings, called the new funding for Central America “definitely a significant step forward. Ultimately, the solution to the crisis is in the region and addressing the root causes that are forcing kids to flee their home countries.”

The $750 million will be distributed by the State Department and the U.S. Agency for International Development, with some going directly to the three governments and other funds to organizations such as the Inter-American Development Bank that will help implement the administration’s strategy in the three countries.

The final legislative language contains restrictions: Some of the funds will only be obligated, for example, after the Secretary of State certifies that the three nations are taking steps to improve border security and to inform their citizens of the dangers of journeying to the United States.

But the final amount was an increase of $445 million over what the House initially advocated and $75 million more than what the Senate initially wanted. Sen. Thomas Carper, D-Del., ranking member of the Homeland Security & Governmental Affairs Committee, said in an interview that he was pleased with the outcome.

“I think it’s all well and good that we make smart investments to secure our border,” said Carper, who had urged support for the administration’s request, “but it’s also important and I think smart to say, why does all these people want to come?”

The Washington Post’s Joshua Partlow contributed to this story.