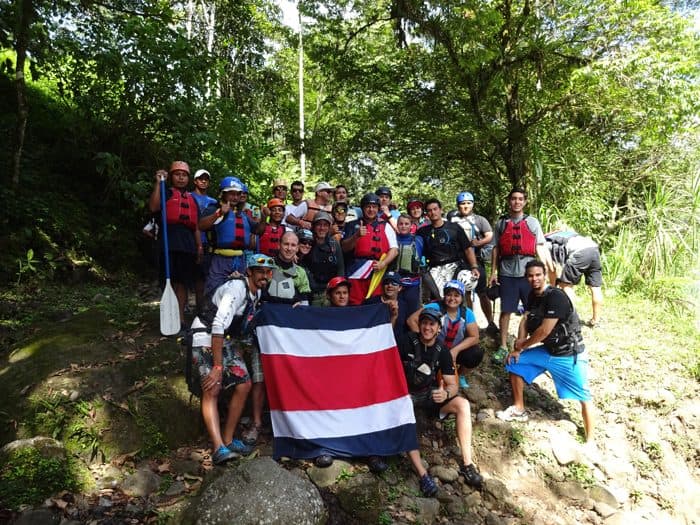 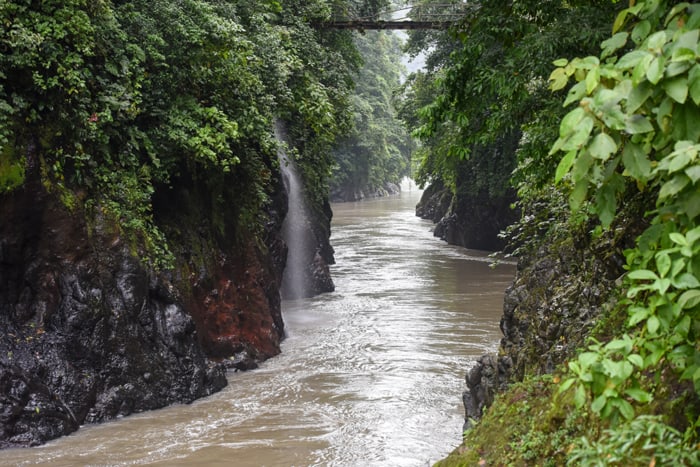 The Dos Montañas gorge of the Pacuare River was once considered the ideal place for a dam because it was so narrow. This view would be impossible if that dam had been built. (Alberto Font/The Tico Times)

TURRIALBA, Cartago — The highlight of the JAKÜII/PACUARE+10 festival in Turrialba this weekend could be a visit by President Luis Guillermo Solís to sign a decree protecting the world-famous Pacuare River once and for all from being dammed to generate electricity.

It’s a long river, and it’s a long story. The Costa Rican power company, ICE, has long coveted the Pacuare’s hydroelectric potential, but it has run into repeated roadblocks, including earthquakes and organized opposition by whitewater rafters and indigenous populations, culminating in a 2005 plebiscite in which 97 percent of the municipality of Turrialba voted “No” to the idea of granting permits to dam the Pacuare.

Advocates of the Pacuare argue persuasively that damming this wild, clean, biodiverse river, one of the greatest whitewater rafting sites in the world, would destroy a national treasure.

But how real is the threat? ICE does not include the Pacuare among its current expansion plans, and ICE promised in 2009 that it would impose a 20-year moratorium on any plans to tap the hydroelectric potential of this river.

For the people who live on the Pacuare, or make a living rafting it, that’s not good enough.