The Road to La Fortuna 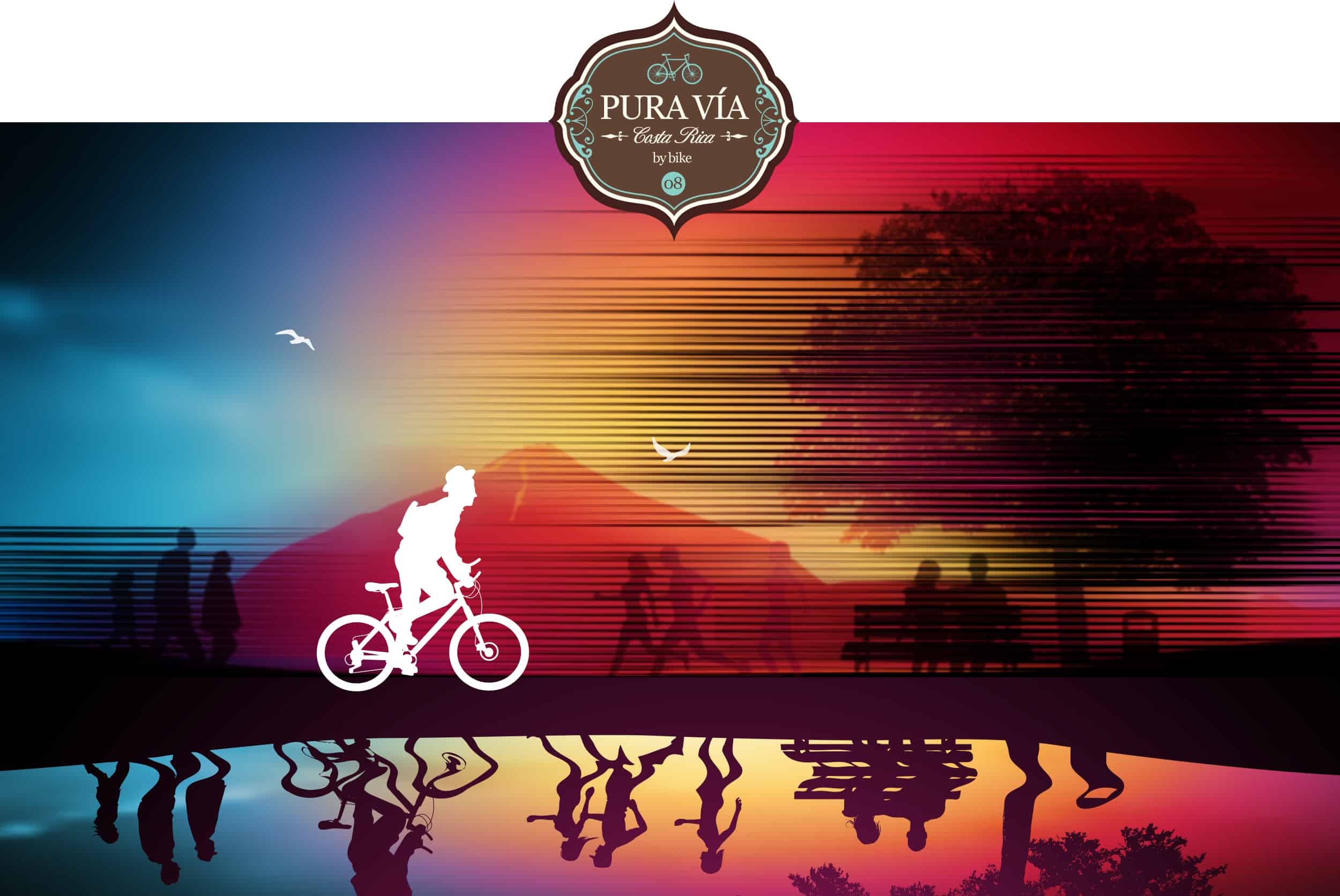 There isn’t much to say about Aguas Zarcas, especially on a day so cloudy that the mountains were swallowed in gray. But then I turned off the main street, and after weaving my way around a car accident, I started down a highway.

I barely had to pedal for nearly five kilometers.

This feeling is inimitable – bombing down a long stretch of fresh pavement, the wind whipping your shirtsleeves, as houses and parked cars and pedestrians fly past, observed for only milliseconds before they vanish forever. Motor vehicles drove around me, but slowly, as if straining to keep up with my incredible velocity. The valley below Aguas Zarcas looked as vast and seductive as a green ocean. All I could hear was the rush of air, the whir of my wheels, and the squeal of brakes as I eased around languid curves. When I finally reached the bottom of the valley, the one-lane bridge lay empty, and I glided over it, free as a frigatebird.

Twenty miles away from La Fortuna, I could already see the dark green cone of Arenal Volcano rising above the fields. The layers of trees seemed to peel away, and each new vista reminded me of a Japanese watercolor, the way Arenal dominated a perfectly pastoral skyline. With each new kilometer, I passed a different kind of finca – ordered rows of palm trees, meadows of cows, furrows of flower bushes – one beautifully landscaped farm after another.

The valley floor was so flat that the bike seemed to move of its own volition, gliding over dark asphalt at the behest of my hardest sprocket. The presence of Arenal Volcano changed everything: It was a visible objective, luring me across the land. And it wasn’t just any mountain: Arenal was the very first place my wife and I traveled during our first visit to Costa Rica. The green strobilus of Arenal had won us over with its formidable size and smoking top. We had loved how easy and carefree La Fortuna was, the beauty of its rain forest and waterfall, the litany of adventures scrawled on sandwich boards. (Rappel into a canyon? Absolutely!)

When I arrived in La Fortuna, clouds had formed an eerie wreath around the volcano, and the sun sent blasts of light across its flanks. The mountain looked mythic and Olympian. Dismounting, I wanted to kiss the ground: I had biked another 80 km, and I was precisely back on schedule.

A group of older men lounged in chairs on the sidewalk. As I approached, their conversation died away and they glared at me suspiciously.

They all shook their heads. I grimaced. I had stayed at this particular hostel two years before, and although the staff was fairly gruff, I had fond memories of the place.

“Is there another hotel you would recommend?”

Wordlessly, they pointed across the street. I thanked them and pushed my bike to a sign that read, “Cabinas.” A skinny prepubescent boy leaned against the wall, and when he spotted me, he said, “Cabina, señor?”

The kid snapped open a padlock and the door fell open. The room was unusually Spartan: The box fan had no cover, so its spinning blades were exposed to unwary fingers. The shower head had no heater, which meant another icy rinse-off. The bed sheets were ragged and stained, and holes poked through them. Most unpleasant of all, the room smelled foul, as if some rodent had died in the walls. But the room sufficed, especially on a busy Thursday in the middle of Semana Santa. There is a lot I will endure for a $15 private room. As I strolled through town, La Fortuna seemed different than I remembered. The central park was bigger, the streets much longer. I didn’t remember quite so many hotels and restaurants, and the sidewalks were frenzied with foot traffic. But the essentials remained – the immaculate white church, the breathtaking mountain views, and the promise of friendly locals. Nowhere in Costa Rica have I heard people say “Pura vida” so freely.

That night, I met a freelance advertising consultant from Great Britain, and we chatted for some hours about our lives and travels. Simon (not his real name) was an upbeat guy who had recently finished a project in Vancouver. He was spending a few days in Costa Rica before reuniting with his girlfriend in London. This was his first visit to Central America. “Where do you recommend?” he asked. “I’ve heard Manuel Antonio’s nice.”

I gave Simon some suggestions, increasingly aware how familiar his questions were. How is it in Montezuma? Should I take a shuttle, or will the bus do? Do you recommend any pubs in San José? I’ll have a bit of time before I fly out. Not long ago, I was just like him, a plucky tourist without a clue. Two years ago, I knew no Spanish and kept calling Costa Rica’s capital “San Juan.” As I chatted with this fellow ginger – this other thirty-something foreigner who liked to travel alone – I felt more and more delighted by my own progress. I was still no expert in Costa Rica, but I could make smart suggestions. I could translate his order for the bartender. I could warm him of scams and bad roads and dengue fever.

“I hate to say it,” I finally confessed, draining the last of my Imperial Silver. “But I should probably hit the sack.”

I expected Simon to protest, since he knew no one else in the area and the night was young. Indeed, who goes to bed at 9 p.m.? But Simon bid me goodnight, because he appreciated my Herculean task: The next day I would attempt to ride around all of Lake Arenal.

I would need all the rest I could get.

Pura Vía is an 11-part travel series about biking across Costa Rica. Check out the next episode on Sept. 5. For previous chapters, click on the map above the story.