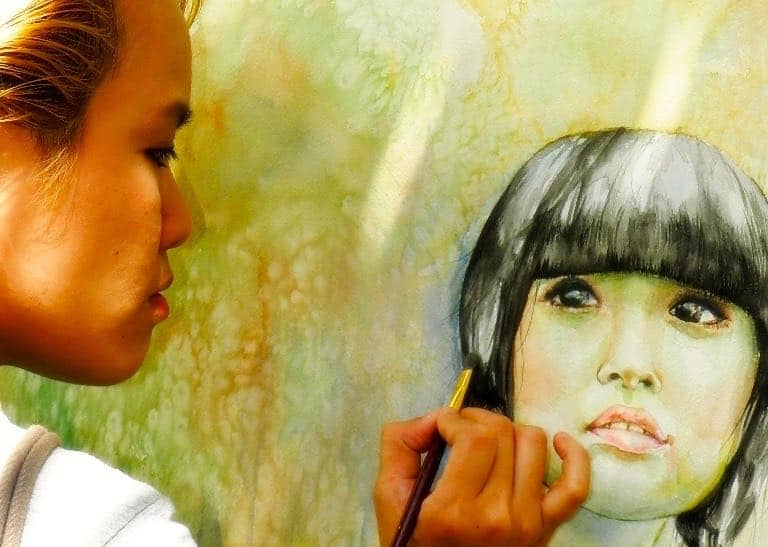 When you see a portrait by Man Yu, with its hyper-realistic colors and musculature, you may find it hard to believe that the Costa Rican artist is self-taught. Her subjects, frequently presented as nudes, have skin tones that look real enough to touch. At first glance, her pastel drawings of geishas and Chinese opera performers could pass for photographs.

Even more impressive is that Man Yu has produced such a significant body of work in only 10 years. Born Man Yu Fung Li in Hong Kong, she was still an infant when her family moved to Costa Rica, but East Asian culture strongly influences her work: In one portrait, a woman unsheathes a katana before a bold red sun, and pictures of dogs also bear hànzi characters.

The Club Unión will open an exhibit of Man Yu’s portfolio on April 9, an event that also marks the club’s own 92nd anniversary. Special guests include Culture Minister Elizabeth Fonseca, National Symphony Orchestra Director Irwin Hoffman, and Leonardo Gell, a pianist nominated for a Latin Grammy in 2014.

While Man Yu’s career has been brief, she has garnered an impressive reputation in her first decade, winning prizes and displaying her work in such distant places as Italy and Spain. While the opening reception at the Club Unión is free and open to the public, formal dress is mandatory.