Why one Costa Rican lawyer is suing the government over crocodiles

Unidentified man devoured by crocodiles after jumping from a bridge over the Tárcoles River, Red Cross says 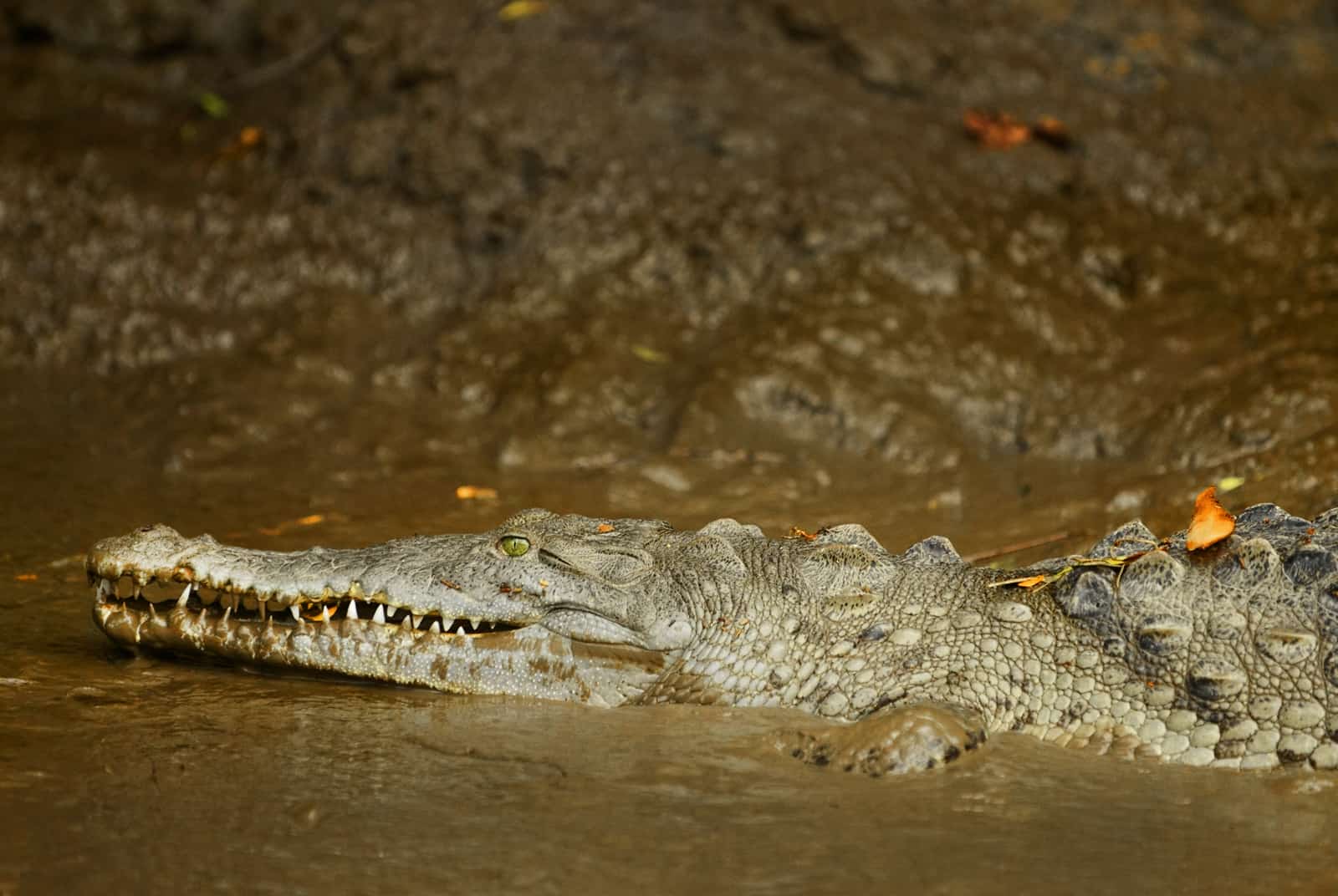 A crocodile slithers into the water from the muddy bank of a Costa Rican river. For illustrative purposes only. (Lindsay Fendt/The Tico Times)

Conflicting reports continue about how the man entered the water, but he has been identified as 32-year-old Nicaraguan Omar de Jesús Jirón. See above link for details.

Clothing recovered at the scene has led officials to say victim likely entered the river from the shore, but witnesses on the bridge still claim Jirón jumped.

An unidentified man leapt from the main bridge over the Tárcoles River, near Costa Rica’s central Pacific coast, on Tuesday evening at approximately 5:20 p.m. in what is believed to be a suicide, Jim Batres, assistant director for the Costa Rican Red Cross, told The Tico Times.

After falling into the water, the man reportedly was eaten by the river’s famously abundant crocodiles.

Citing the testimonies of unidentified witnesses at the scene, Batres said the man had been causing a disturbance on the bridge earlier in the evening and was removed by police. He then went to a bar before returning to the bridge and leaping into the river.

Batres said the man’s identity could not immediately be confirmed, and members of a Red Cross search team were unable to recover the body as of 7:50 p.m. Tuesday night.

A conflicting report in the daily La Nación said the victim did not jump from the bridge, but tried to swim in the river from the shore when he was attacked by a crocodile and disappeared. The report said a friend identified him as a Nicaraguan named Omar, but gave no last name.

Situated on the highway between San José and the popular beach town Jacó, the bridge over the Tárcoles River has become a popular pit stop for tourists looking to catch a glimpse of the river’s many American crocodiles. Recently, photographers and tour guides have grown more adventurous, filling up YouTube with videos of Tárcoles croc feedings and near misses.