Honduran president and wife test positive for the coronavirus 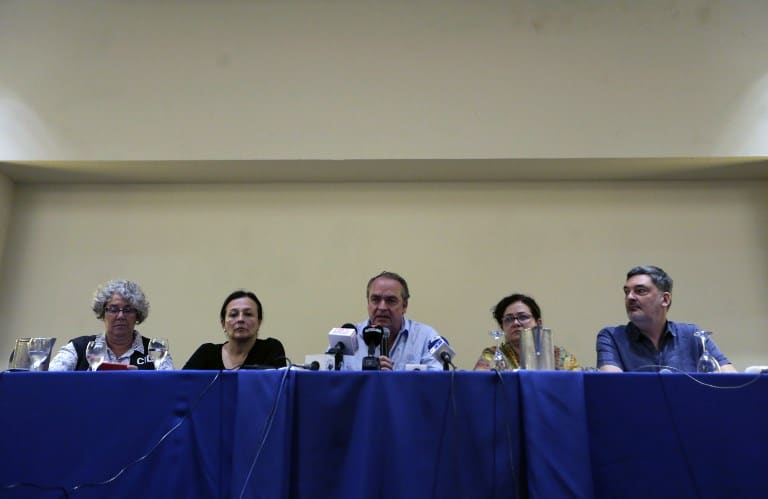 The government of Nicaraguan President Daniel Ortega expelled two expert missions from the Inter-American Commission on Human Rights Wednesday, accusing them of meddling and bias in evaluating the crisis-hit country.

A letter to Organization of American States (OAS) Secretary General Luis Almagro said the suspension of the Special Follow-up Mechanism for Nicaragua (MESENI) and the Interdisciplinary Group of Independent Experts (GIEI) would remain “until conditions of respect for sovereignty and internal affairs are re-established.”

The missions said they would leave the country on Thursday.

The order came a day before GIEI —created to collaborate with authorities to assess Nicaragua’s human rights situation— was due to present findings on human rights during the first weeks of anti-government protests, which erupted in April.

But the government accused it of acting outside agreed parameters by directly interviewing victims.

GIEI coordinator Amerigo Incalcaterra denied the allegations, but said the mission had been advised not to present its report.

MESENI representative Ana Maria Tello meanwhile told a press conference it would continue to monitor the situation in Nicaragua from Washington.

Ortega’s government also accused the Organization of American States of promoting an “irresponsible” and “slanderous” campaign against Cuba, Venezuela and Nicaragua.

In a statement, the General Secretariat of the OAS said the expulsion decision “further places Nicaragua into the terrain of authoritarianism.”

It comes as the Ortega government revoked local human rights groups’ permits, raiding their headquarters along with those of independent media.

In September, the government also expelled a UN human rights mission, branding a report it produced as biased.

Rights groups say at least 320 people have been killed in Nicaragua in a brutal government crackdown launched in response to the escalation in April of street protests, initially against a now-ditched pension reform.