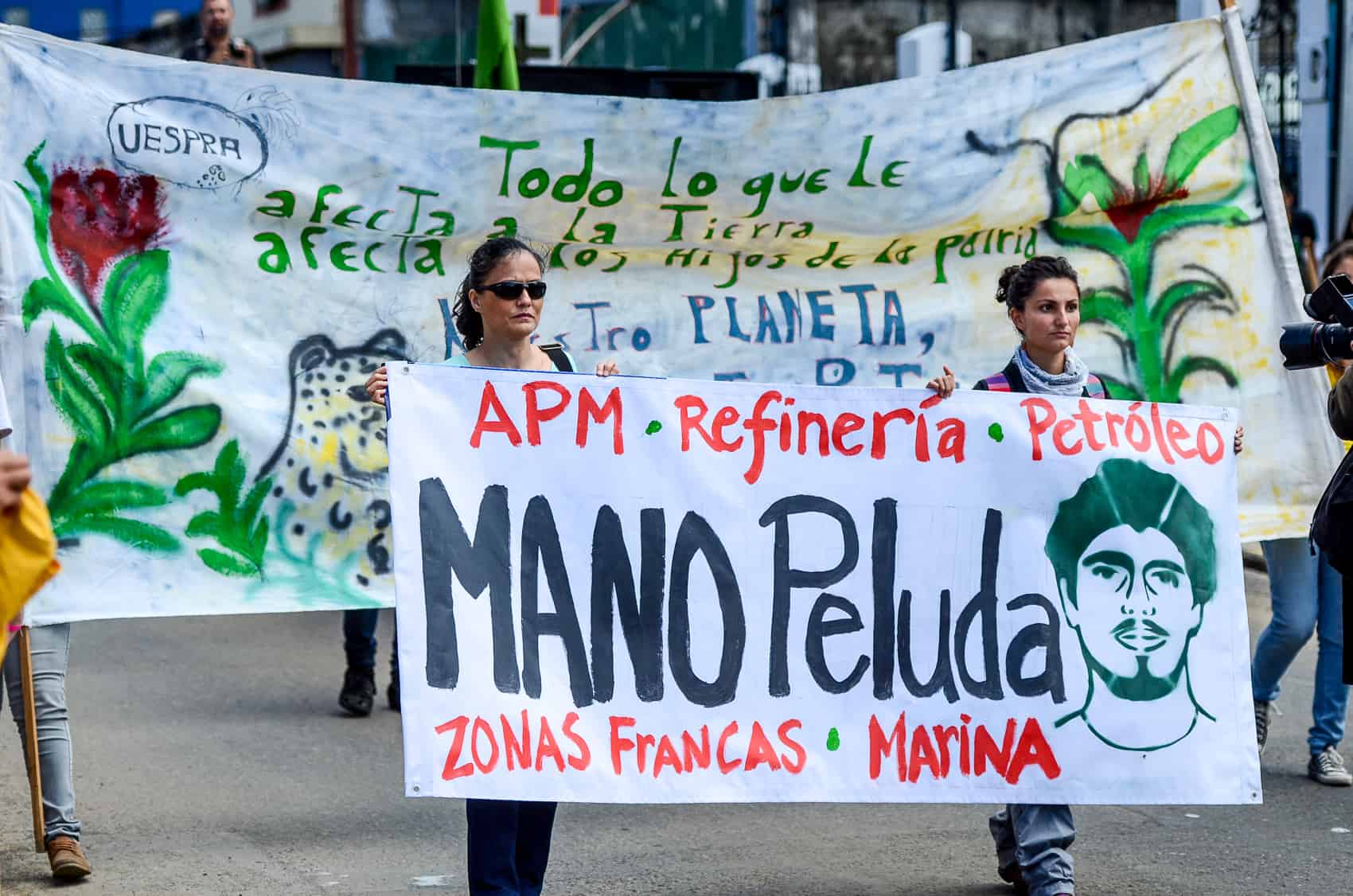 The participation of Environment Minister Edgar Gutiérrez in a protest against the acquittal of seven suspects for the killing of conservationist Jairo Mora on Jan. 29, 2015, drew criticism from the judicial and executive branches of government. (Alberto Font/The Tico Times)

Environment Minister Edgar Guiterrez drew criticism from Villanueva and his fellow Cabinet member, Public Security Minister Celso Gamboa, for his participation in a march protesting the judges’ decision in the case that drew international attention.

Solís told Radio Monumental that it was not for him as president to opine on the court’s ruling but added that cases as “simple” as the the Mora case should be better handled.

Writing in a letter dated Monday, Villanueva expressed her concern over Gutierrez’s participation in the protest as a breach of the separation of powers:

I’m very concerned to see that your position as head of the government of the Republic has not been reflected in all members of your Cabinet. The Minister of Environment and Energy attended a public protest in front of the Supreme Court of Justice about a case — still under debate — to demand a predetermined result, which goes against the official position of the government, as demonstrated by your dignified presence as its maximum representative, but also against respect for the separation of powers.

The court president said that there were legal mechanisms to discuss the “strengths and weaknesses” of the judicial system besides marching on the court.

Gamboa tweeted his disapproval of the environment minister’s participation: “Along with the rest of [Costa Rica], I’m saddened by the #JairoMora acquittal. But I oppose State Ministers marching against the court.”

Gutiérrez, meanwhile, defended his presence at the march as a sign of solidarity with the family, telling CRHoy.com:

I participated, as I have said before, as an act of solidarity with the family of Jairo Mora. I’m the father of a family, too, and I would not like to be in their position, and therefore I empathize in the way that we can to seek justice and that complies with our constitution.