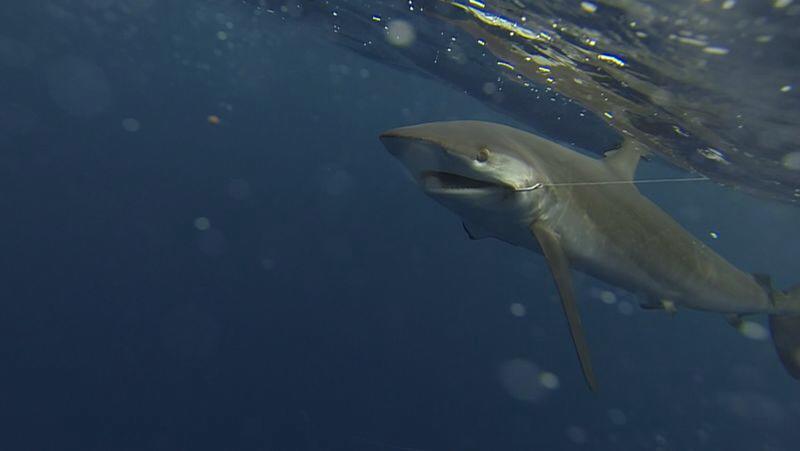 Park rangers on June 14 detained a boat fishing illegally near Cocos Island National Park, a protected marine area more than 300 miles from Costa Rica’s Pacific Coast. The boat’s fishermen had hooked 11 sharks on their longlines before the rangers intervened.

Officials were able to free four sharks, but seven others died. Among the dead sharks was an endangered scalloped hammerhead.

The area around Cocos Island is known for its abundant shark population, but biologists estimate that illegal fishing in the area has lowered numbers of some species by as much as 70 percent.

Despite the installation of a state-of-the-art radar system on Cocos Island, sharks and other marine life surrounding the island still endure frequent threats from illegal fishing in the area, according to the park’s administrator, Geiner Golfin. Sharks caught off the coast of Costa Rica. (Courtesy of Geiner Golfin) A hammerhead shark swims off the coast of Cocos Island in the Costa Rican Pacific. (Courtesy of Geiner Golfin)