Turrialba looks for ways to (safely) build on volcano tourism 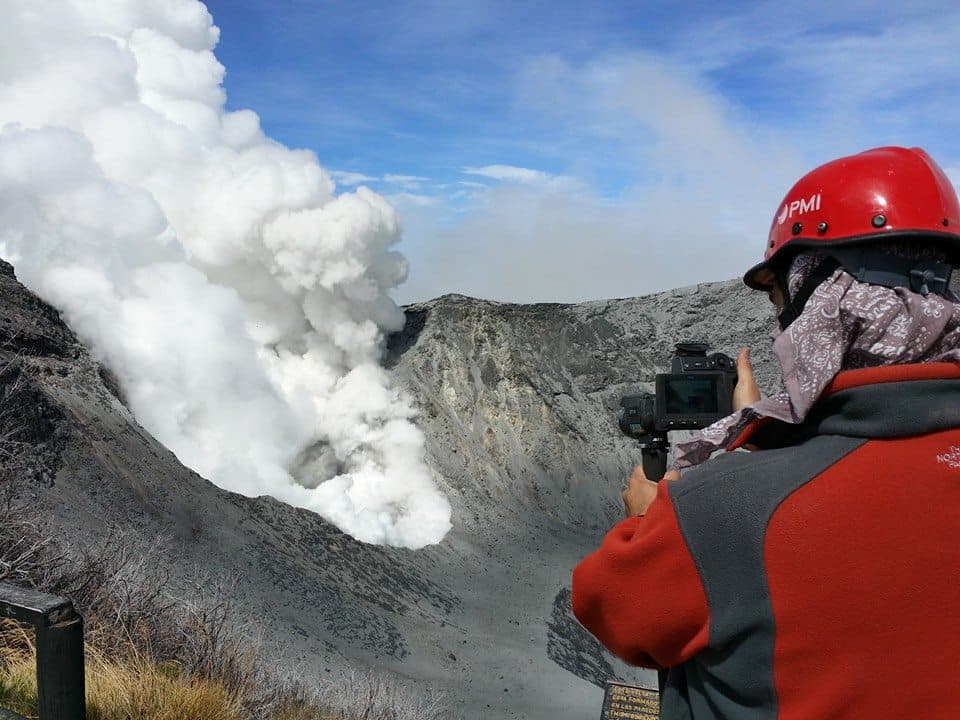 Vulcanologists take temperature readings of the volcano. ((Via Facebook))

When Turrialba Volcano erupted last November it sent tourists running, canceling reservations and leaving many businesses in the area wondering if the newly active colossus would ruin them. A year later, Turrialba is acting up again but this time the tourism sector and small ranchers are hoping there’s a way that they can (safely) take advantage of the attention the volcano has been generating.

Pablo Abarca, president of the National Tourism Chamber (CANATUR) and the Turrialba Tourism Chamber, said the volcano could be a boon for the region. Despite sharing the same name as the volcano, the city of Turrialba is far from the peak and has not been affected by the eruptions, he said.

Arenal Volcano’s decades of pyrotechnics helped establish the town of La Fortuna as a must-see for tourists, for example. Abarca said he would like to see the government establish safe viewing areas so that tour operators can let visitors safely experience the volcano.

Some aren’t willing to wait, though. Thrill seekers have been flocking to the volcano to get a glimpse of an eruption but the eponymous national park that’s home to the volcano is closed to the public. Turrialba National Park Director Miguel Salazar said park officials have stopped several people entering the restricted area trying to get near the crater. On Nov. 2, the National Emergency Commission declared a 2km radius no-go zone around the crater. Access is restricted to farmers and ranchers with land within a 5km radius of the volcano. Attracting tourists is one plus of the volcano’s recent activity but ranchers and farmers who work the rich slopes around the crater are getting something for their trouble too. Between the need to improve the rough mountain roads to facilitate an evacuation and access for emergency vehicles, and flooding in the area earlier this year, the government invested more than ₡600 million — more than $1.1 million — on new, wider gravel roads.

Brenes said the new roads will make the area safer for a fast evacuation and keep costs down for farmers and ranchers who use the rich soil of the volcano’s slopes to grow food and graze cattle.

“You can’t compare this road to what was here before,” said Ivan Brenes, president of the National Emergency Commission, during a press trip to the area around Turrialba Volcano on Nov. 6.

The National Roadway Council, CONAVI, is tasked with maintaining the new roads but Pablo Abarca of CANATUR said the longterm benefits of the new infrastructure won’t be fully realized without asphalt roads in the areas around the volcano and other attractions, like Guayabo National Monument.

Abarca said reservations have “stabilized” since the volcano’s most dramatic eruptions scared away some tourists last year. But the chance to see a column of ash rise nearly a kilometer into the air is a huge draw. The Volcan Turrialba Lodge — the hotel closest to the volcano — is all booked up.