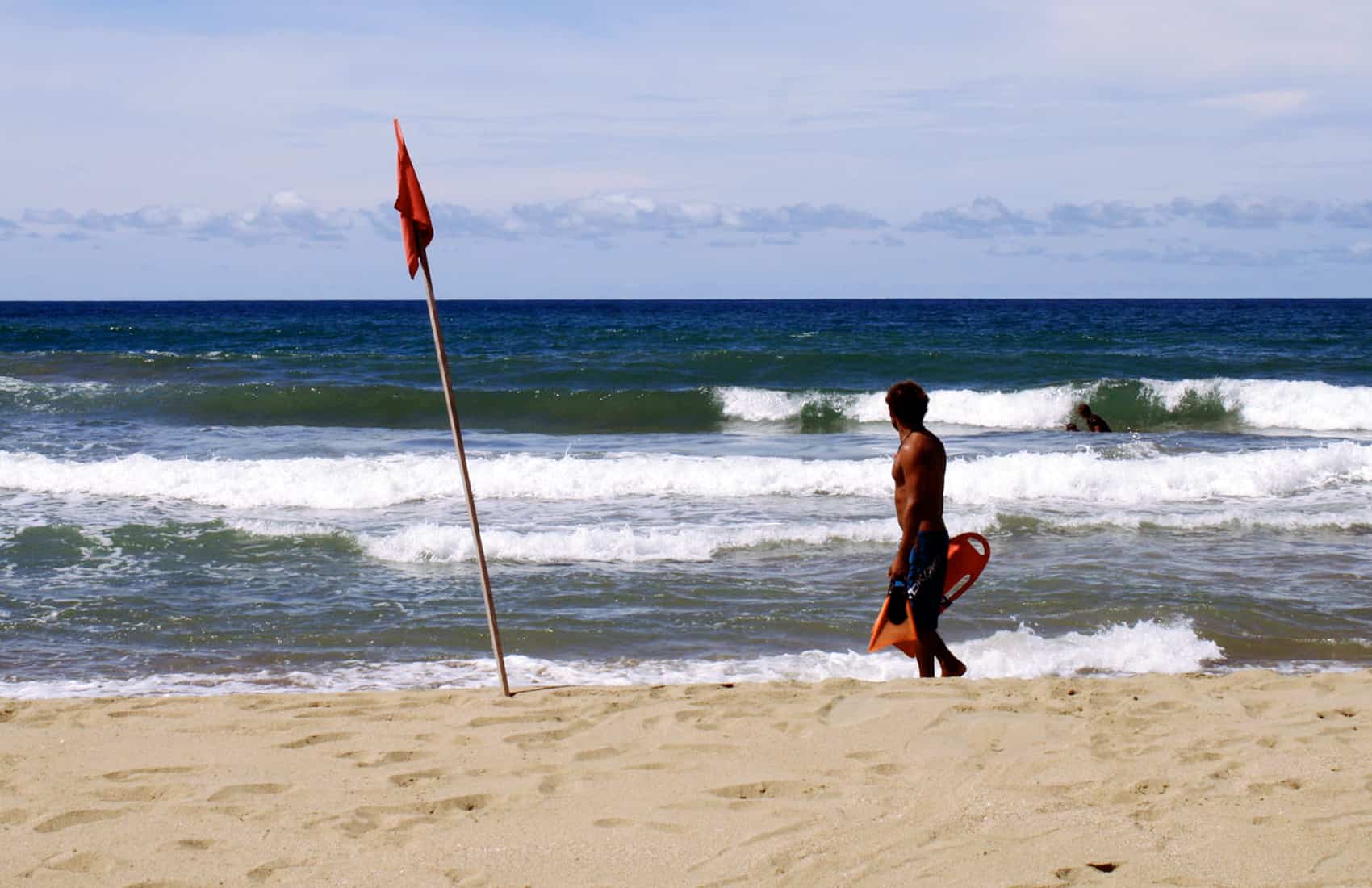 Conditions creating tall and powerful waves are expected to intensify again on Wednesday along the northwestern Pacific coast and in the Caribbean province of Limón, the University of Costa Rica’s Center for Research in Marine Sciences and Limnology (CIMAR) reported.

The increase in wave force will continue at least until Sunday and is caused by the influence of strong winds driven by high-pressure systems currently affecting the Northern Hemisphere.

The CIMAR forecast states that waves with maximum heights of 3.4 meters (11.3 feet) will be present in the northern Pacific region on Wednesday and Thursday, beyond 10 kilometers from the coastline, driven by strong winds that will reach maximum speeds of up to 33 knots.

Waves along the coastline will remain under 2 meters (6.7 feet), “but with strong breaks that will generate intense rip currents that are dangerous for swimmers,” the report warns.

Winds off the coast will pose dangerous conditions for sailing and small boats at least until Friday along most of the Nicoya Peninsula, but mainly on beaches located from Playa Carrillo to Salinas Bay on the border with Nicaragua.

The strongest winds are expected on Wednesday in the Gulf of Nicoya, causing choppy seas both in the gulf  — affecting the San Lucas and Chira islands — and away from the gulf, from Puntarenas to Cabo Blanco. Strong gusts also will affect waves on Lake Arenal in Guanacaste.

On the Caribbean coast, waves with maximum heights of up 2.5 meters (8.3 feet) are expected on Wednesday, and CIMAR has issued a preventive alert for small boats and beachgoers at all beaches in Limón through Sunday.

High tides and strong waves last weekend flooded 35 homes, several businesses and part of the the municipal market in the community of El Carmen, in downtown Puntarenas. On Monday night, marine officers from Puntarenas’ Fire Department rescued three passengers on a small boat that overturned in an area near Gitana and Cedros islands.

“They were in stable condition and told us that a strong wave crashed the boat, overturning it. However, they managed to call rescue services and were evacuated in time,” Fire Department Chief Héctor Cháves said.

Here’s the entire CIMAR forecast for this week: