In a hideaway for Brazil’s rich and famous, a new scandal emerges 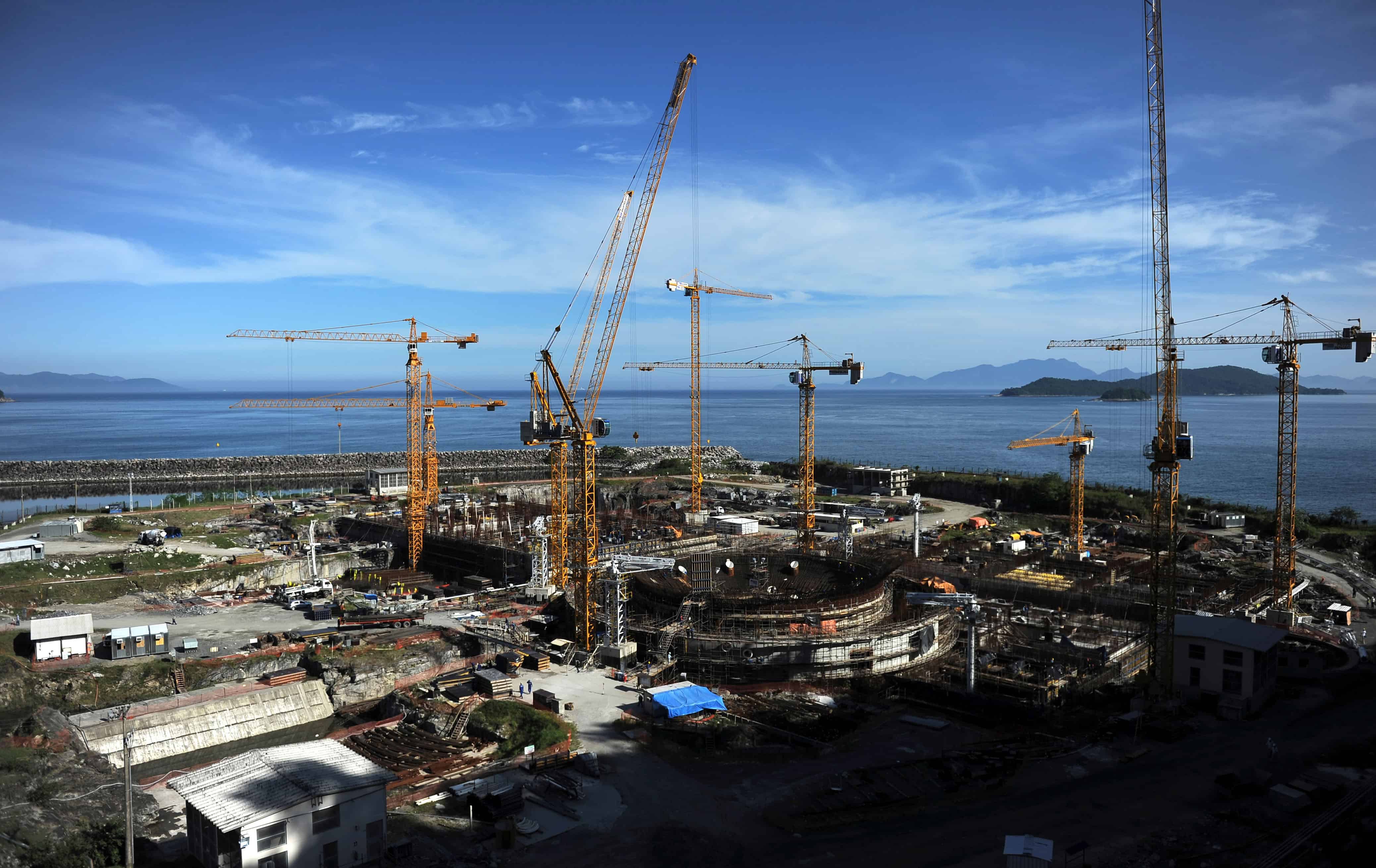 SÃO PAULO — Just south of Rio de Janeiro, along a strip of coastline known for its white-sand beaches and high-end resorts, Brazil’s next big corruption scandal is starting to unfold.

This one bears striking similarities to the colossal bribery case that has engulfed state-run oil giant Petroleo Brasileiro, pushed Brazil toward its worst recession in a quarter century and left President Dilma Rousseff fighting for her political survival. That’s no coincidence: Many of the players are the same.

At the center of this story is another state-run company, Eletrobras, and its Angra III project, a nuclear power plant tucked into a bay with jungle-covered islands that have become something of a playground for Brazil’s rich and famous. Five of the builders whose executives have been jailed on allegations they bribed officials at Petrobras also won contracts to build the 14.9 billion-real ($4.4 billion) nuclear plant.

“The model is the same as Petrobras,” said Adriano Pires, head of CBIE, a Rio de Janeiro-based energy and infrastructure consultant. “Brazil’s government created a system in which big state-owned companies are used for political objectives and are in charge of these big infrastructure consortiums. It’s an atmosphere that favors corruption.”

The sweeping investigation into Petrobras — dubbed “Carwash” by prosecutors after a gas station used to launder money — has helped make Brazil’s real the world’s worst-performing major currency this year, wiped out $33 billion in the market value of Petrobras in the past year and tanked the bonds of builders including Odebrecht and OAS. This new phase has earned the nickname “Radioactivity.”

The arrest warrants were among 30 court orders issued based on testimony by Dalton Avancini, the CEO of builder Camargo Correa, who said his firm and others won contracts for Angra III by paying kickbacks, Police Chief Igor Romario de Paula told reporters in Curitiba, Brazil. Camargo Correa didn’t respond to requests for comment.

In the same testimony, Avancini also pointed his finger at another Eletrobras project, the 30 billion-real Belo Monte hydroelectric dam deep in the Amazon, a person with direct knowledge of the matter told Bloomberg News in March.

In announcing the arrests, the federal police alleged that projects like Angra III are proof that paying bribes is how contracts on many major public works are won and business is done. Not just at Petrobras, but across Brazil.

“Corruption is endemic, and there are signs it is spread over various institutions in Brazil,” prosecutor Athayde Ribeiro Costa told reporters in Curitiba, where the probe into Petrobras and Eletrobras is based. “We live in a state of metastasis.”

Andrade Gutiérrez was awarded the contract to build the 1,405-megawatt nuclear power plant, which is set to start operating in 2018 and is part of a larger complex. The company and other builders won contracts to assemble equipment.

Police charged at Tuesday’s press conference that Othon Luiz Pinheiro da Silva, who took a leave of absence as CEO of Eletronuclear in April, accepted bribes in exchange for awarding contracts to at least two builders. Flavio Barra, the head of Andrade Gutiérrez’s engineering unit, was also arrested. Barra is also listed as the chairman of the group of builders that’s constructing Belo Monte.

While the federal police declined to confirm if an investigation has been opened into the dam, the nation’s budget watchdog, known as the TCU, said last month it began a probe into the project. Eletrobras, which didn’t reply to requests for comment, has said it hired two law firms to conduct an internal investigation into the company’s relationships with companies linked to Carwash.

“This investigation is another blow for the Brazilian electricity sector, which was already suffering from government intervention,” he said.