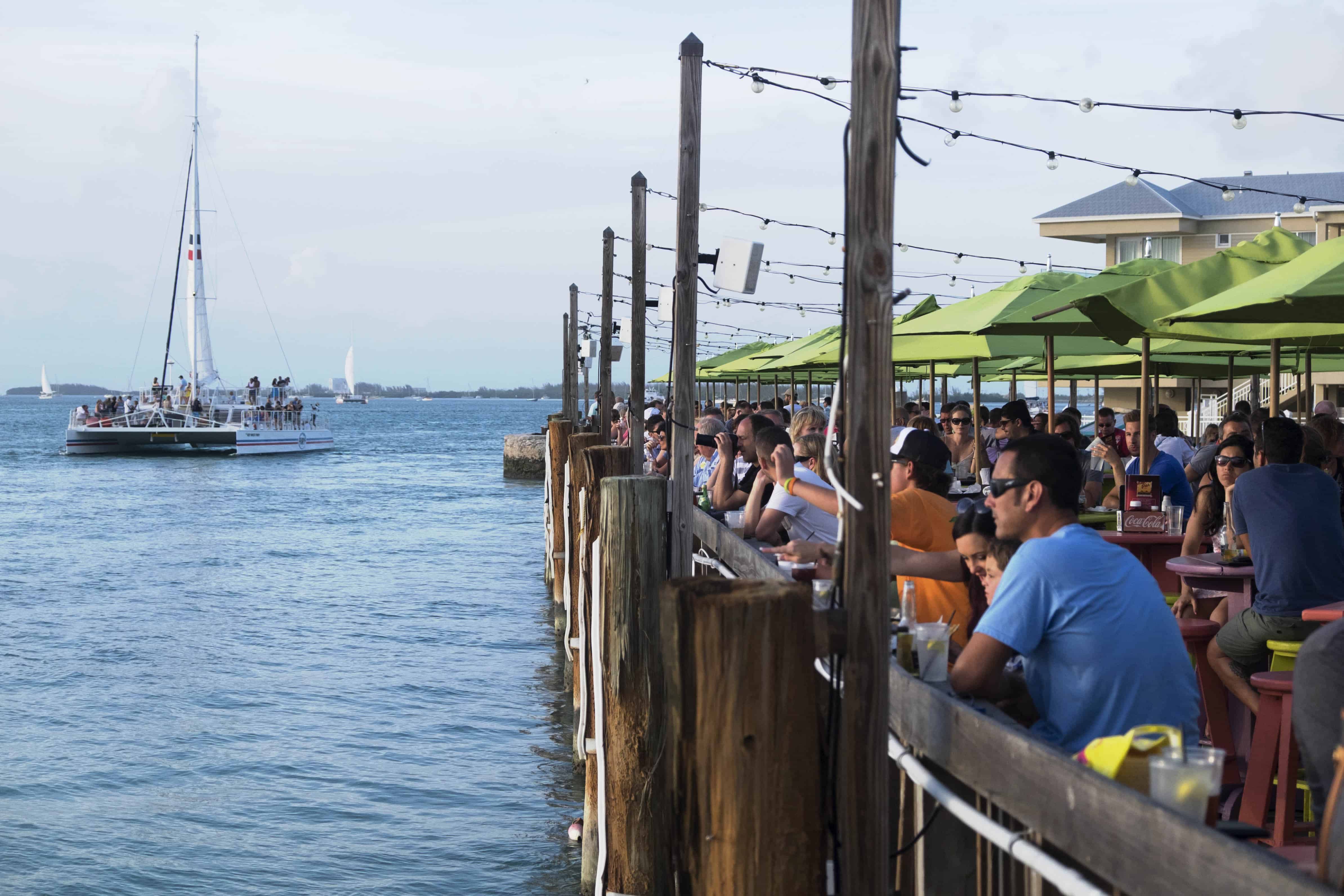 MIAMI, Florida – One result of the recent warming of relations between Cuba and the United States was a surge in “boat people” headed to U.S. shores. Following the recent announcement of historic talks between the two nations, many Cubans are concerned that the revised Cuban Adjustment Act and its “wet-foot, dry-foot policy,” which grants Cubans who reach U.S. soil automatic political asylum, will soon end.

According to 29-year-old Cuban immigrant Yuniesky Alcolea García, who recently made the journey by sea to Florida, the announcement of talks caused panic on the island.

“From my town only a few people had left before,” Alcolea García told The Tico Times. “But a group of about 20 people left in January, and while I was building my boat, I knew at least three other groups that were building. The town became a vacuum, because the people leaving have specialized skills.” Yuniesky Alcoleo García in a resettlement office at the Church World Services in Miami, Florida. He arrived in the U.S. on June 6, 2015. Eline van Nes/The Tico Times

The perception that the wet-foot, dry-foot policy would instantly change as talks proceeded early this year turned out to be misleading. Any changes to the Cuban Adjustment Act – like the U.S. economic embargo of the island – require action by the U.S. Congress, a slow process.

According to U.S. Secretary of Homeland Security Jeh Johnson, the policy would remain in place for now, NBC reported, although he added, “Our borders should not be open to illegal migration.”

The boost in the number of Cuban refugees after the talks began added to an already growing number of migrant interdictions reported by the U.S. Coast Guard in the past few years, which jumped from 985 in 2011 to 2,111 in 2014.

In Little Havana, the Cuban district of Miami, Cuban-born Erik Otero, a former cigar-rolling champion at the age of 11, said people are afraid they will become “trapped” in the “open-air prison” of an island.

“Now that Cuba is off the terrorist list, it won’t take long for the political asylum option to be removed too,” he said. Sent back to Cuba

The wet-foot, dry-foot policy was negotiated in 1995 by the Clinton administration after an increase in the number of boat refugees. The policy states that every Cuban intercepted at open sea by the Coast Guard will be sent back to Cuba without further repercussions, but every Cuban that reaches U.S. soil – having “dry feet” – will be accepted as a seeker of political asylum. The idea of the policy is to discourage boats and encourage Cubans to apply for the 20,000 yearly visas issued by the U.S. government.

The result, however, is a cat-and-mouse game between the Coast Guard and Cuban rafters that has been ongoing for years.

Recent arrival Raidel Simón Grencibia, 40, used old car parts to build a boat with his friend. They barely made it: Just before reaching Florida, a wave capsized the boat forcing Grencibia to swim for three hours before reaching shore. It was the third time he left the island by boat; the other two times the Coast Guard caught him, which he said led to a public shaming in Cuba.

“After that you have difficulty finding a job,” Grencibia said. “Everyone with a good job belongs to the [Communist] party, so they won’t take you in anymore. I was sick of our system, waiting an entire day in line for free health care, and when it is your turn the doctor tells you his office hours are over.”

Alcolea García also said he was publicly shamed after an earlier attempt to cross: “It is marked in your document that you tried to leave. During job interviews they will say they do not trust you because you might leave Cuba any day.”

The Cubans we interviewed in Florida said they not only worry about a change to the political asylum policy, but also the possibility that Cuban immigrants could be more easily deported. Sympathy from many locals

“The people here sympathize a lot with the Cubans coming over. Many refugees end up staying in the Keys, so everybody here has a friend who had to go through the same thing,” Morrow said after finishing a day of kayaking through the Keys. He said local fishermen often help Cubans when they see them on the water by giving them food and medical supplies. The fishermen help check if makeshift rafts are strong enough to make it to the Keys, and they usually they don’t warn the Coast Guard, Morrow said.

“Before, the Coast Guard would have one slow cutter to protect the border. But with 9/11, a lot changed,” Morrow said. “Suddenly Homeland Security had way more money to spend. Now they move around in speedboats patrolling the area.”

Morrow learned from a friend who worked with the Coast Guard that smugglers charge up to $10,000 a person. Only Cubans who can afford to pay are delivered by speedboat.

“The Florida Keys have a long history of smuggling. In the 1940s it would be rum, and later came the drugs – cocaine, marijuana. Nowadays it’s more Cubans that are hidden in the boats,” he said. “When I started here 21 years ago, we would work with a lot of rafters,” Óscar Rivera, from the Church World Service Resettlement Office, said. He saw the groups of refugees changing over time.

“After the earthquake in Haiti in 2010, we saw a lot of Haitians coming, which was a completely different thing. They would be very sick and weak,” he said.

This time of year is his group sees more rafters from Cuba coming, because the water is warmer.

“It really depends on how many Coast Guard [patrols] are out there. It is hard for me to say that there is indeed an increase, because I see only the rafters who made it. But already now, halfway through the year, we have seen a few hundred coming in. I would say we are some 40 percent ahead,” he added. Cigar seller Lazaro Vento hopes the U.S. trade embargo against Cuba will be lifted soon, so he can sell real Cuban cigars instead of fakes. Eline van Nes/The Tico Times

More and more Cubans also are opting for a land route through Central America, where more than 17,400 Cubans crossed last year, according to the Houston Chronicle. One option is to take a flight to Ecuador, where Cubans don’t need visas, and travel north. It is a dangerous route with gangs that take advantage of immigrants and an infamous train in Mexico called “The Beast.” But it is sometimes preferable to the shark-infested waters between Cuba and Florida.

Cece Roycraft, who runs a diving company in Key West, said that times have changed. She remembers the Mariel boatlift in 1980, when thousands of Cubans emigrated from Cuba’s Mariel Harbor. When they arrived in the U.S., many slept on the streets all over town.

“We had our diving boat, and people would offer big money for us to bring relatives or friends here,” Roycraft said. “We never did it, because I couldn’t afford to lose my boat to the Coast Guard. But I know many people who did.”

Those times are over, she said, and most people take the route through Central America. But boats still regularly arrive with people like Grencibia and García, who hope for a better life in the United States. García said that he couldn’t wait to start working so he could finally afford the small luxuries he lacked in Cuba. When all is well, he said, he hopes to bring his wife and child, who are still in Cuba. A boat used by Cuban immigrants on display at the Botanical Gardens in the Florida Keys. Eline van Nes/The Tico Times