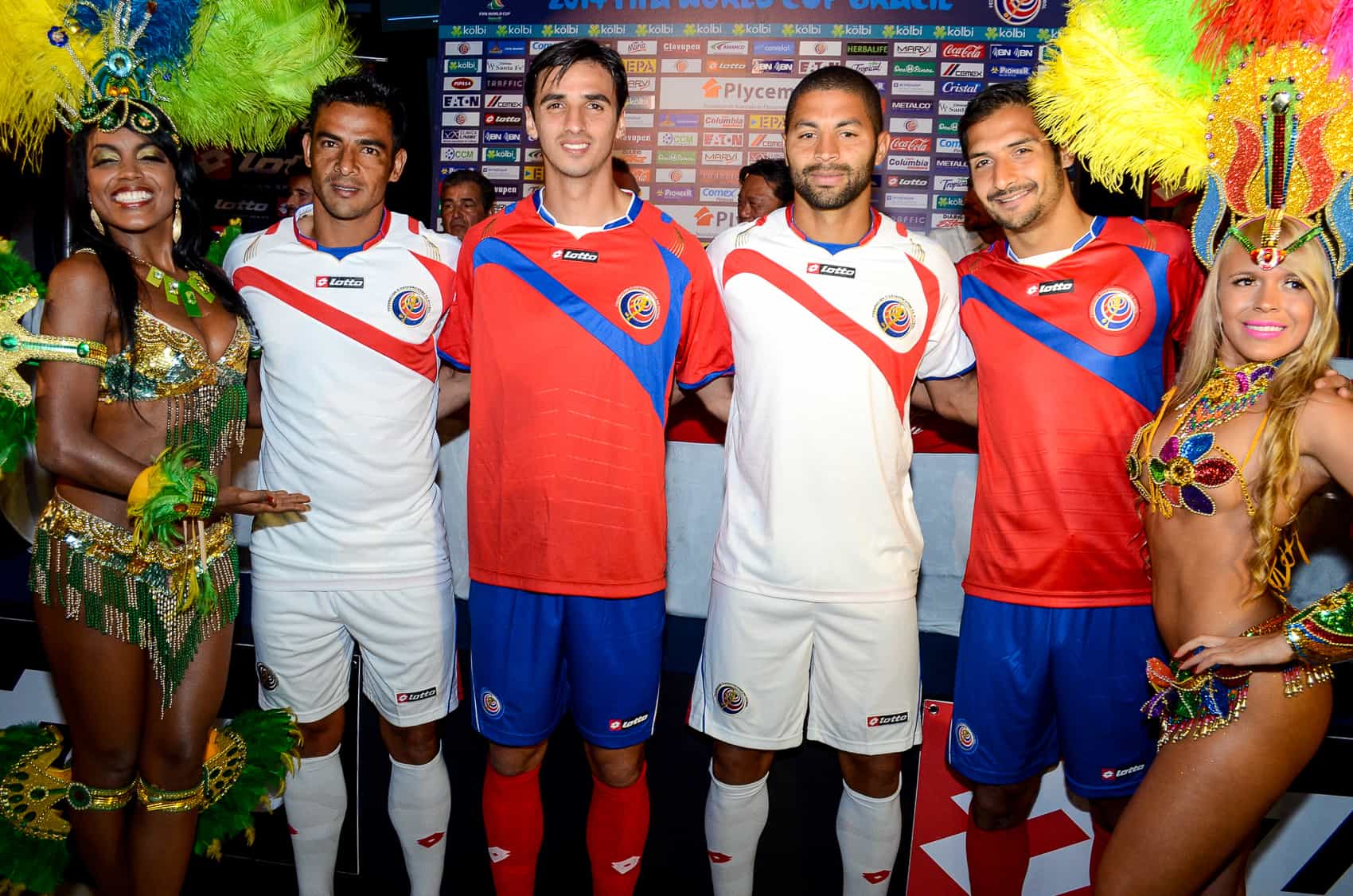 The reaction from fans on social media ranged from tepid to outright hostile. Many remarks called the uniforms ugly, perhaps because they’re bland. The uninspired design that features one limp stripe (or checkmark?) over a solid color. The home jerseys are white with a red stripe, and the away jerseys are red with a blue stripe.

Nevertheless, any change could be a good thing for a national team that has struggled mightily since qualifying for the World Cup last October. The team will test out the home uniforms  on Wednesday in a friendly match against Paraguay at the stadium (where plenty of seats are still available; as of Monday morning only 6,000 tickets had been sold for Costa Rica’s final home game before the World Cup).

Check out the beautiful blue sheen on the Italian uniforms, which are sponsored by Puma.  The team will wear the new jerseys for its friendly Wednesday against defending World Cup champions Spain.

A collar could come off as stodgy, but the Italians manage to pull it off — unlike the United States. The U.S. squad and Nike revealed their home uniforms today. It looks like the team is not preparing to play in the most popular tournament in the world, but instead is looking forward to hitting the driving range.

The new #USMNT & #USWNT soccer jerseys are out. Thoughts on the white polo look? http://t.co/EmS727kGWx pic.twitter.com/EIK5nslCL3

The all-white uniform seems too priggish. What’s the point? You’re not going to win the World Cup by keeping your uniform immaculate. Bring back the stars and stripes! Hopefully Nike can do better with the away jersey.

All in all, it was a poor day for fashion for the national teams out of Concacaf. Mexico, whose uniforms were released by Adidas some time ago, probably have the best looking outfits in the region.

The national home kit of Mexico: http://t.co/fuixsOQU2u It's #allin or nothing to make it to the #WorldCup! pic.twitter.com/DrBFxqSAzg

Bring the heat. The new Mexico away kit for the #WorldCup. Show your colours or fade away. #allin or nothing. pic.twitter.com/OdoSeA1RCM

But these jerseys were also heavily criticized on social media upon their release!

The lesson here is hardly anybody likes change. Any design, plain or fancy, won’t satisfy critics, and the easiest way to make a jersey popular is to start winning matches. Tomorrow night we’ll see if  Costa Rica can end a nasty losing streak, and look good doing it.

What do you think of the new uniforms? Will you be buying a jersey for the World Cup?