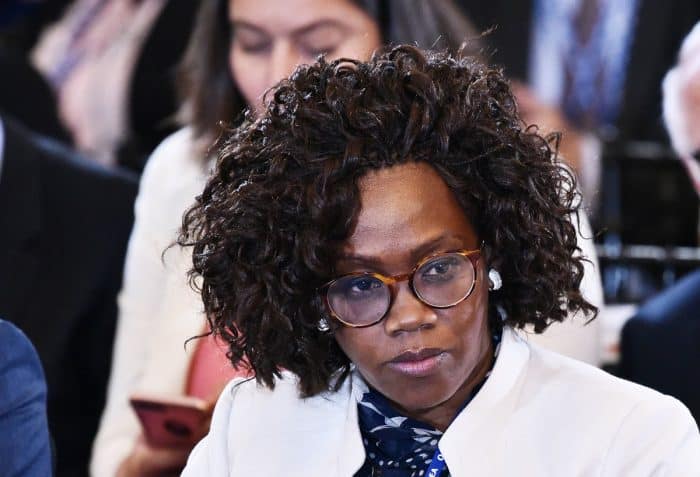 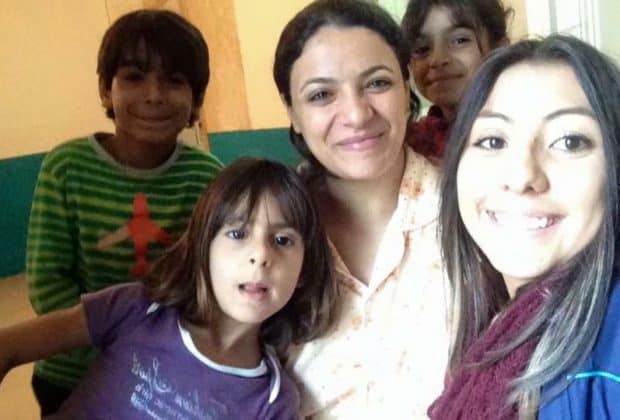 How a refugee family opened their home to me 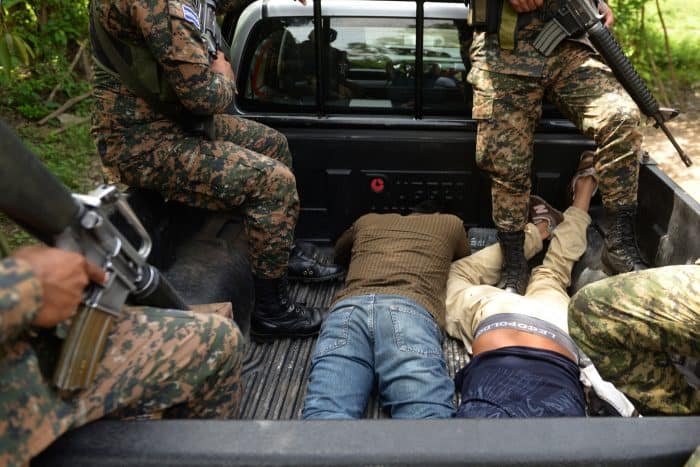 ‘I feel like they cut me down to the roots’: A Salvadoran refugee’s story 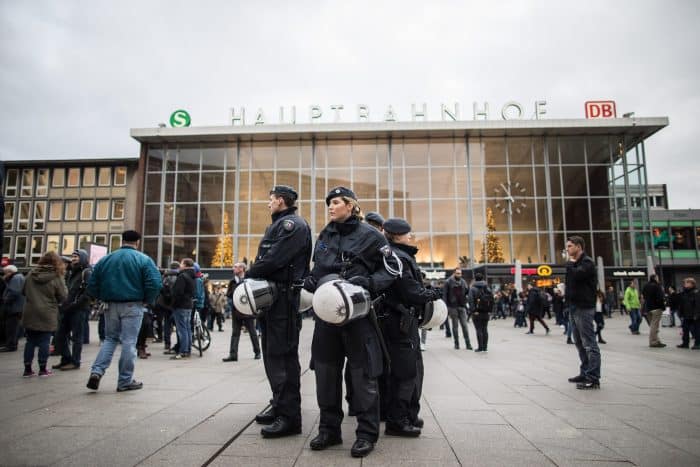 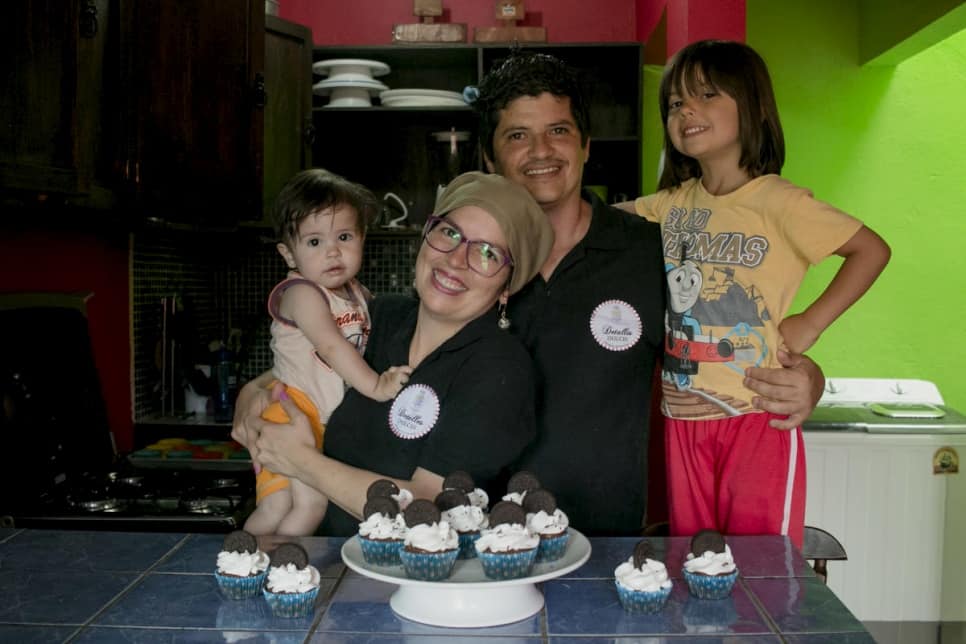 With her brownies, chocolates and custom-made cakes selling out fast, baker Julissa Marin de Colman is looking to expand. She needs a bigger oven to bake more goods and more counter space for her brownies to cool off.

“Some people cool them off in the fridge, but it compromises quality, something I’m not willing to do,” she says.

Originally from Venezuela, Julissa is among a growing number of enterprising refugees and asylum-seekers getting a chance to start over in Costa Rica, a small country with a long tradition of welcoming people in their hour of need.

Support from the Costa Rican Ministry of Economy, Industry and Commerce, UNHCR, the UN Refugee Agency, and local nonprofits is allowing refugees like her the opportunity to develop their entrepreneurial ideas and compete for start-up funds.

With the help of the NGO Fundación Mujer, the 32-year-old recently competed at the Second Gastronomic Festival Integrate al Sabor in the Costa Rican capital, San José, co-hosted by UNHCR. She won a coveted spot in an event to promote small and medium sized businesses – all while juggling her energetic two-year-old.

Julissa’s passion for baking began at home on Margarita, a small island off the Caribbean coast of Venezuela popular with holidaymakers, where she studied tourism and hospitality.

Her baking business took off in 2016, despite hyperinflation, widespread shortages and unrest. With supplies scarce, she had to get eggs, flour and other supplies on the black market to keep up with demand, leading her to fall foul of the authorities.

Julissa and her family fled, taking only the essentials: clothes and cooking utensils. She brought a hand blender and Mickey Mouse cookie cutter molds, knowing that as long as she could bake, she would succeed in Costa Rica.

“If I could make it in Venezuela, I can make it anywhere,” she says.

During the turbulent 1970s and 1980s, when civil wars buffeted much of the region from El Salvador and Nicaragua to Colombia, Costa Rica remained a haven of peace, keeping its doors open to those at risk.

The country has developed standout systems of protection allowing asylum seekers and refugees to flourish. It allows asylum seekers two appeals and grants them the right to work and attend schools while their petitions are processed.

Through the Living Integration programme, developed by UNHCR in collaboration with the Ministry of Labour, refugees and asylum seekers are also given employment skills training, access to job fairs, and support to set up their own businesses – among them is Salvadoran business woman Gloria Hernández. Gloria ran a massage business and a store for her own spa products at San Salvador’s Monseñor Óscar Arnulfo Romero International Airport — until 2014, when her daughter witnessed a brutal gang kidnapping. After she agreed to testify in court, the Hernández family started to receive death threats – often carried out in a country with a high crime rate and struggling institutions.

“The prosecutor told us they didn’t have the ability to defend a witness in El Salvador,” says Gloria, who gathered up her family and a bag of clothes, and fled on a two-day overland bus journey to Costa Rica, where they knew no one.

But now, at the age of 45, she’s rebuilding her dream with support from Costa Rica, including Fundación Mujer. It hosts frequent competitions where enterprising refugees of both sexes pitch their products and can win seed money. The Ministry of Economy, meanwhile, provides talks and workshops to help the entrepreneurs navigate Costa Rica’s business landscape.

With their help, Gloria has been able to make a prototype of a new line of massage oils, and, using the start-up funds that she won, she bought ingredients and bottles to make her products. The trick, she says, is to use almond oil, which leaves the skin feeling smooth. She also used the money to rebrand her product.

“This is a new challenge,” she says. “I want it to look different.”

Despite her success, Gloria needs to complete more steps to get her business off the ground. Her products need lab testing to get a label of ingredients and a patent — a regulatory hurdle she did not have in El Salvador. She is unable to offer massages in her home, because she does not have a dedicated room for her business, which is required under Costa Rican law.

These costs are something Gloria cannot currently afford. She hopes that one day she can find other refugees and set up a shop where they all sell their products and share the cost of doing business in Costa Rica.

“We want a way to support ourselves,” she explains.

Costa Rica is one of six regional countries applying the Comprehensive Refugee Response Framework. Known by the Spanish acronym MIRPS, the framework calls for a greater emphasis on refugee self-reliance and support to host communities, alongside stronger partnerships. The approach underpins a new global compact on refugees which is expected to be adopted by the UN General Assembly by the end of 2018.

The ability to learn in a safe place allows refugees to develop their business ideas, even if they do not succeed the first time, like Yasid Areiza, a 28-year-old refugee from Colombia who had an idea to start a mobile car-wash business. After adapting and fixing his pitch over the course of a few years, he finally managed to win start-up money from Fundación Mujer at a competition.

“There were 30 or 40 people in the first competition I went to and everyone got seed money except for me,” Yasid said.

His idea was too general, the judges said. So Yasid went back to the drawing board and with help from classes offered to refugees, he was able to formulate a new spray that would let him wash cars with a minimal amount of water. The new design also allowed him to fit everything he needed to wash a car into a backpack instead of a van, which is what he originally pitched.

He studied examples of successful products across Latin America and further refined the concept. Then he went to the competition with a spray bottle and hubcap in hand and presented his new idea. This time, he was granted the start-up funds, and hopes his business will now take off.

“That’s what the seed money is for,” he says, “to organize the logistics, the permits and to get started.”

This story was originally published by the UN Refugee Agency.