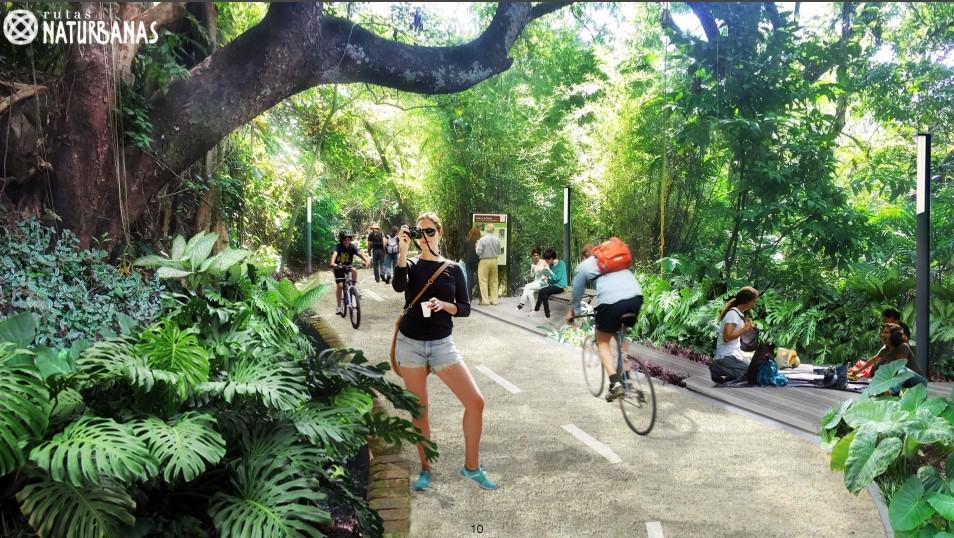 An ambitious new project presented this week, “Rutas Naturbanas,” aims to turn San José’s neglected waterways into a major asset in the quest for urban renewal. The project would transform land along the Torres and María Aguilar Rivers into a natural corridor through the capital, allowing people to cross the city under their own steam: walking, biking, running, or skating on riverbank paths.

Three primary routes would connect points including La Sabana Park to the west, La Paz Park to the south, and the sports facilities of the University of Costa Rica to the east. The whole corridor would cover a total of 25 kilometers around the city.

The goals of the project, the brainchild of a team of nonprofit and cultural leaders from organizations including GAM Cultural, Chepecletas, Río Urbano, Amigos del Río Torres, Sum Consulting and PPAR, include public safety, reduced traffic, ecological recovery and improved public health. The improvement of the diverse routes would also be a boost to eco-tourism in the capital, and would speed up the revitalization of the economy of the areas surrounding the routes.

“The third cause of death in the country are traffic accidents. The first two causes are cardiovascular diseaes associated with sedentary lifestyles,” Federico Cartín, director of Rutas Naturbanas, told The Tico Times. “So if we talk about public policy and people’s safety, that’s what we should be focusing on.”

“We must try to encourage other means of transport, such as cycling. Our infrastructure is not ready for bikes, but it must be developed in parallel to the strengthening of public transportation,” told Erick Acosta, spokesman for road safety of the University of Costa Rica’s National Laboratory for Materials and Structural Models (LANAMME). “It’s about to try that ensure that people have transportation options other than a car. One of those options [is this initiative], where you can ride a bike and feel safe.”

Cartín says the project is feasible both socially and financially.

“We have the approval of the National System of Conservation Areas (SINAC). The response was very positive. It is a project that touches many important points for Costa Ricans. It revives what makes us proud as Costa Ricans,” he said. “The funding is estimated at about $8 million. If each Costa Rica donated ₡911 (about $2), we would have the money for the 25 kilometers. We could greatly reduce that contribution by [achieving] international cooperation, and we can count on funds coming in from the perspective of climate change.”

Organizers are working to collect 20,000 signatures on a petition asking for support from President Luis Guillermo Solís and the mayors of the cantons through which the paths will run: San José, Tibás, Goicocechea, Montes de Oca and Curridabat.