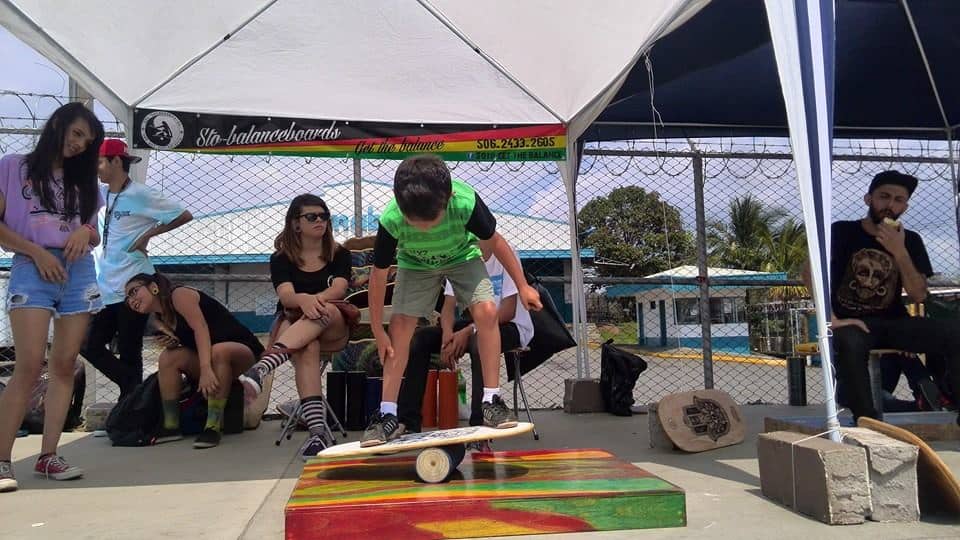 Balance boarders of all ages are getting into the action in Costa Rica. ((Courtesy Sto Balance Board))

Approximately 70 young people from all corners of Costa Rica will show off their talent tomorrow, Nov. 8, in the growing sport of balance board. This is the second installment of this year’s national championship for the low-profile sport. The activity will take place at the Outlet Internacional de Alajuela at 2 p.m.

The championship is organized by Tiquicia Balance Board, which is a group that seeks to promote the sport in Costa Rica.

“The project began when Yammil Angulo — a balance board professional — presented the proposal to various microentrepreneurs,” Tiquicia Balance Board spokesman Bernardo Soto told  The Tico Times. “Those initially called were Costa Rasta, Fauna Balanceboard, Sto Balanceboards, Eco Balanceboard, and Kim Campitos, who is the official host of the event. This group came to together to form Tiquicia Balance Board, promoting this discipline, which is now a formal sport, and giving a new approach to the youth movement.”

Balance board is an extreme sport that consist of performing different figures with the body while balancing on a board which, in turn, is balanced on top of a cylinder. Originally a device used for dry-training for surfers, the discipline has taken on a life of its own. There are many other sports which use this practice as a training tool.

The riders, as these athletes are called, are young students from Heredia, Playas del Coco, Tilarán, Palmares, San José, Cartago and Alajuela, among others. According to  Soto, this sport first came to Costa Rica during the 1970s and 80s.

“After months of development, the Organization took on the task of creating regulations, report cards and ranking systems for a first championship split into three dates,” Soto added. “The first date was on Sept. 19 in San Pedro; the venue was the Universidad Latina. [Tomorrow’s event] is the second date, and the closing is planned for Heredia, in the Santa Lucia Gymnasium.”

Tiquicia Balance Board works to promote the sport to a highly diverse target audience, and has attracted the attention of a significant number of elementary schools, high schools and universities.

“What we seek is to transmit values for a more inclusive society, a sport oriented toward a philosophy of life,” Soto said. “To promote a healthy life and clear mind that allows young people to understand that what matters is not how many times you fall, but how many times you get up.”

Find more information at the Tiquicia Balance Board Champioship Facebook page, or check out some athletes at work below.