Guanacaste fest, AcroYoga and other happenings around Costa Rica 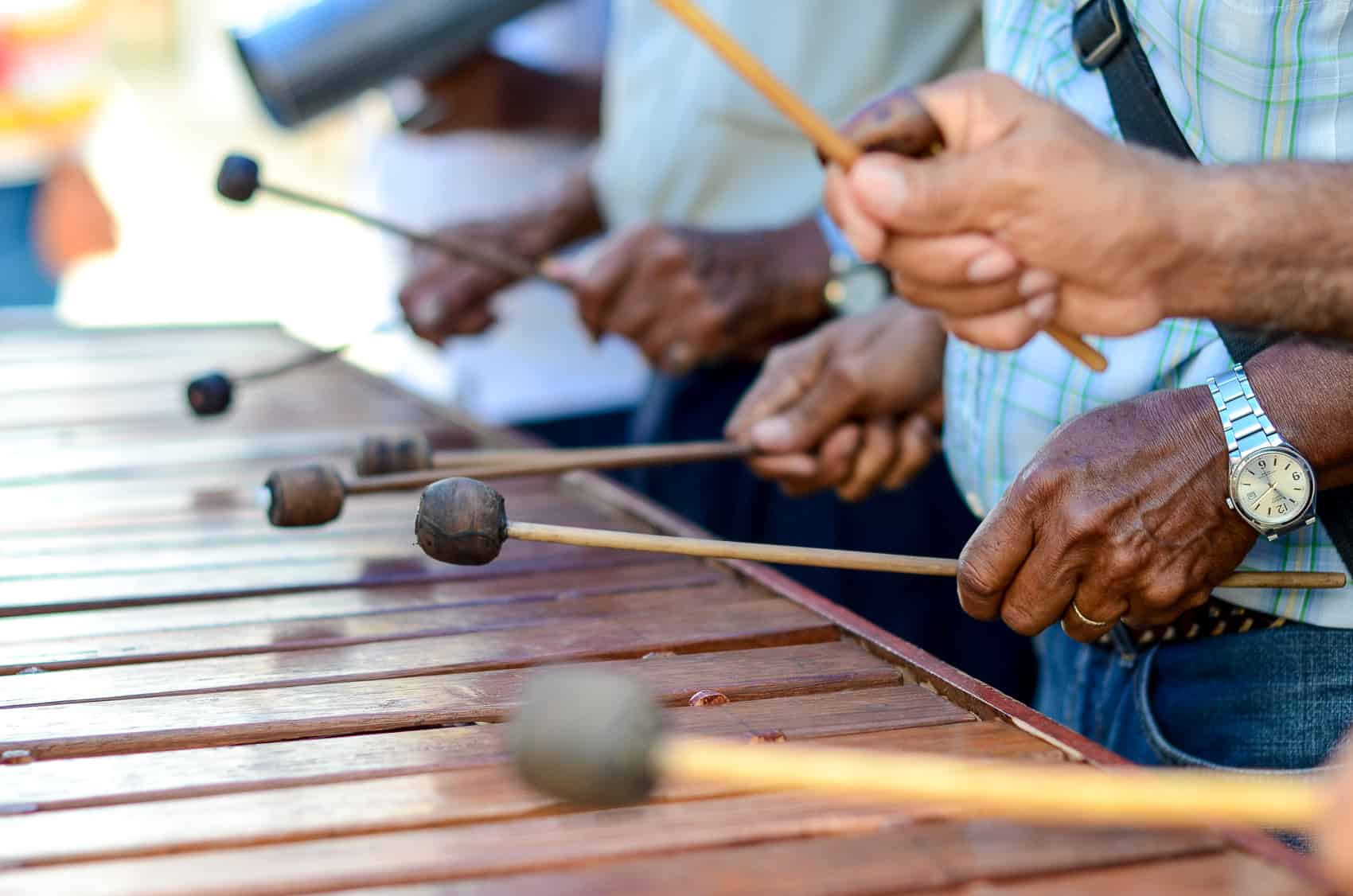 Read for some marimba music? Don't miss all the activities at this year's Guanacaste's Annexation festivities (Alberto Font/The Tico Times)

Official events kick off July 25 at 8 a.m. in the provincial capital of Nicoya. Check out our preview with event schedules and locations around the country.

Inspired by the Anexión mascaradas? Learn how to stage your own and make traditional masks at the hands of experts.

Theater: “Take a Look at Frida”

In commemoration of the 61 years since the death of the Mexican painter and poet Frida Kahlo, this performance tells the story of her work and her difficult life.

Curso Opera Nova Costa Rica brings Costa Rican and U.S. music students together every year to perform operas; this year’s production is “Orfeo ed Euridice,” written by German composer Christoph Willibald von Gluck in 1762 and based on mythical Orpheus, the musician who could charm all living things and even stones with his music. Get swept away.

The 2013 play “The Credit” tells the story of Antonio, an honest man who is forced to ask the bank for a loan. Because he has nothing else to offer as collateral, he is forced to do something that will destroy his family. Dance: “The Elixir of Love”

A comic opera, first staged in 1832, tells the story of what would be a world full of vices and defects if it weren’t for a noble peasant with only one thing to offer: true love.

“Good Night, Idiot” is an example of “journalism theater,” which seeks to encourage critical views of life in Costa Rica among young audiences in an interactive way. The play has a news-inspired format with scenes from 2 to 10 minutes where news protagonists come to life to open the eyes of the public with colloquial and somewhat sarcastic language. It will be presented as a tour at 15 different spots around San José.

“Scott Pilgrim vs. The World” (July 24, 7 p.m.): A guy falls for a new girl in town, but there’s a catch. If he wants to date her, he must fight her seven evil ex-boyfriends.

“All About the Feathers” (July 25, 4 p.m.): A Costa Rican movie, released in 2013. A security guard gets a rooster for illegal cock fighting, but when he finally gets it, he discovers he now longers wants it to fight, and they develop a very interesting relationship.

“Collateral” (July 25, 4 p.m.): Tom Cruise hops into Jamie Foxx’s taxi, but he has a surprise in mind for the driver: a trip full of murder and mayhem.