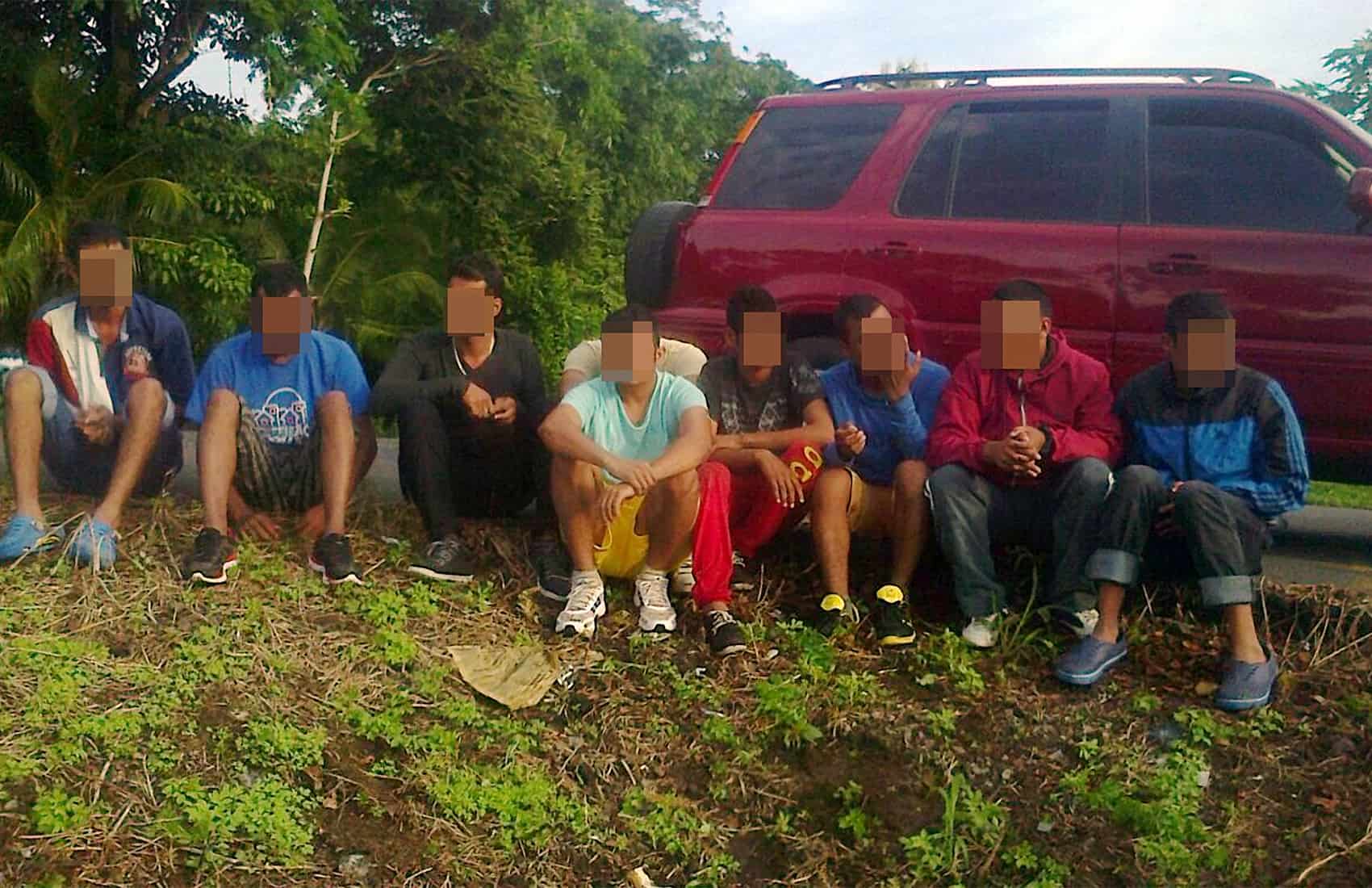 Police detained nine undocumented migrants from Nepal and Bangladesh and their driver on Friday, Sept. 5, 2014 near Jacó. ((Courtesy of Public Security Ministry))

National Police officers on Friday morning detained nine undocumented migrants and the driver who transported them in an SUV near the Central Pacific beach town of Jacó, the Public Security Ministry reported.

Police at a roadway checkpoint stopped the vehicle and noticed nine men squeezed inside the vehicle, ministry spokeswoman Joselyn Alfaro said. One man, who spoke English, was able to communicate that seven occupants are from Nepal and two are from Bangladesh. One is a minor, Alfaro said.

Police believe the migrants entered Costa Rica from Panama, aided by a smuggler. The group was traveling north to Nicaragua.

Officers arrested the driver of the vehicle, a Costa Rican man surnamed Fonseca, 25, who was sent to the local prosecutor’s office on suspicion of human smuggling.

The migrants were taken to the Immigration Administration for further questioning.