What’s it really like to vote in Costa Rica? A new citizen’s perspective 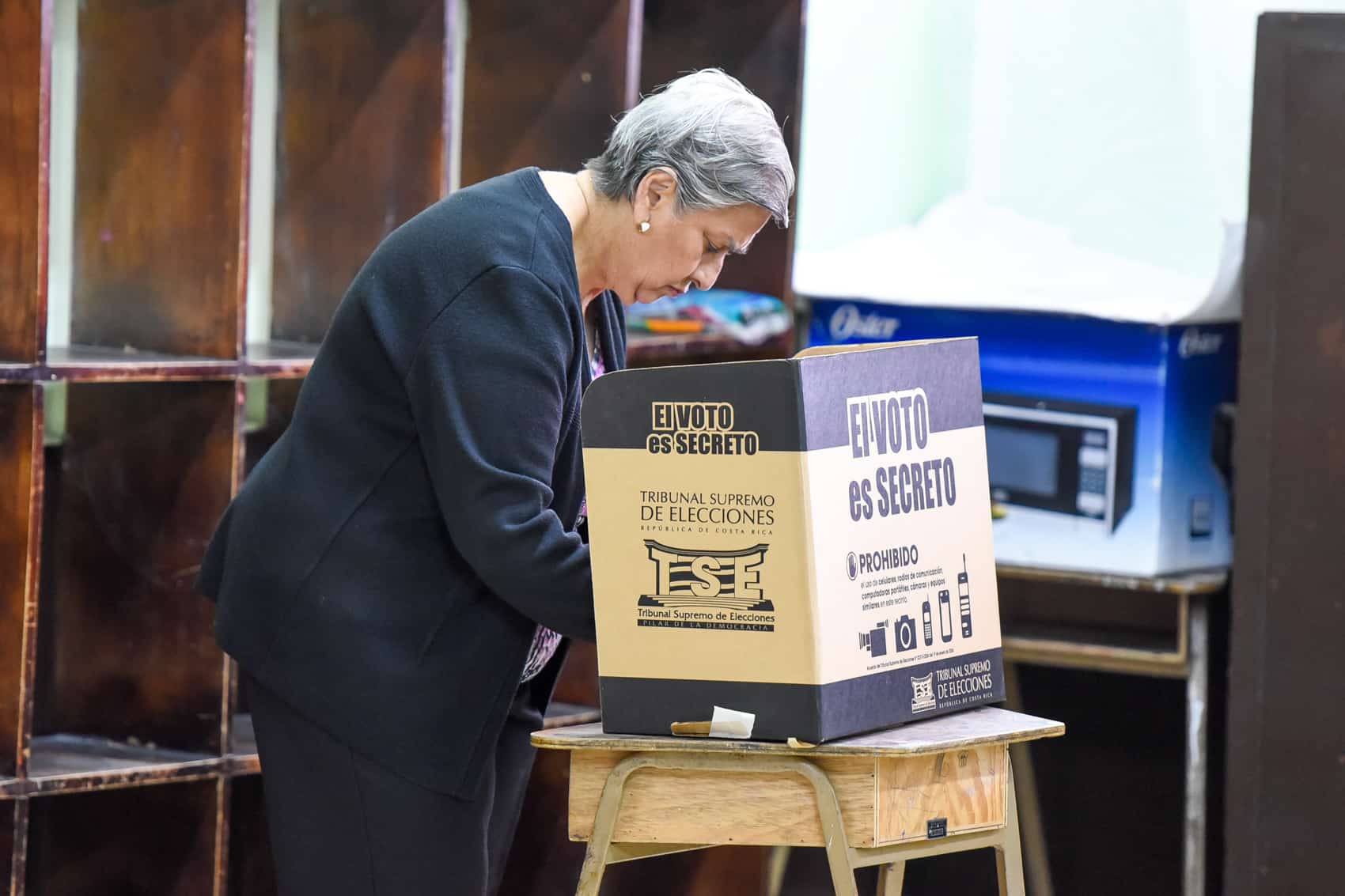 Comes that time of year when we must face the elections packet. Aghh! Pages and pages of obscure propositions and the names of obscure government officials. From county judge #32 to dog catcher of Hickville, we must (or, rather, should) peruse them all and make choices. Yes, it’s a hassle, but at least we have a say in whether to fund the light rail system or build a new gym for the high school.

I know because I became a Costa Rican citizen just in time to vote in the penultimate elections. Most recently, I voted in the first stage (more about that later) of this year’s elections, held on Feb. 4.

I live in a tiny Costa Rican village called La Estrella de El Guarco. Each little village has its own polling place run by local citizens. In our case, the polling place is one classroom of the squat little elementary school.

So, let’s take a look at how voting in Costa Rica goes, or, at least, how it went for me the very first time: I arrive at the school and find small aggregates of people in front of the fence promoting the flags of their parties. I enter and, first, must confirm I am registered by locating my name on the poster outside the building. Then I have to get out my cédula, which is a governmental identity card with a photo of the holder. A voter looking up his polling station on Feb. 4, 2018. Iva Alvarado / The Tico Times

So, with cédula in hand, I go into the classroom and hand it to my friends and neighbors seated at the table inside. They check off my name and hand me a piece of paper. A piece of paper? This doesn’t look like a ballot to me! Somewhat confused, I proceed to the voting booth in the corner. Voting booth? It is a cardboard box with the words “El voto es secreto” (The vote is secret) stamped on the front. All right.

I open the paper and find the photographs of the candidates for president (13 this year), each representing a distinct party. I also find icons of the party flags of the candidates for diputado (legislator) for the province of Cartago (14 this year). Each has a small box by his or her name or party. There is a crayon, yes, a CRAYON, tied to the box. I pick it up and mark an X for the presidential candidate I want. Then, I mark an X for the diputado I want.

I now return to the table and drop my paper in a slotted cardboard box.  When the polls close, the people manning the table will count the votes by hand and report them to the Supreme Elections Tribunal (TSE).

The legislators, of which a total of 57 are elected to the national Legislative Assembly, are chosen according to the percentage of votes each part receives and the proportion of the population of the provinces. Cartago ended up with seven diputados this year.

But the presidential vote rarely ends there. And here is where Costa Rica may well have it over the USA. In Costa Rica, a candidate must garner a minimum of 40 percent of the vote in order to win. These days, with as many as 13 candidates, this is a tough bar to cross.

In our last U.S. election, not only did Donald Trump not win 40 percent of the vote, he didn’t even win as many votes as Hillary Clinton. I know, I know. The electoral picture of Costa Rica isn’t nearly as complicated as that of the United States, but still, we manage to look like chumps to the rest of the world. Surely we can do better if Costa Rica can.

Say you, say me: using tú, vos and usted