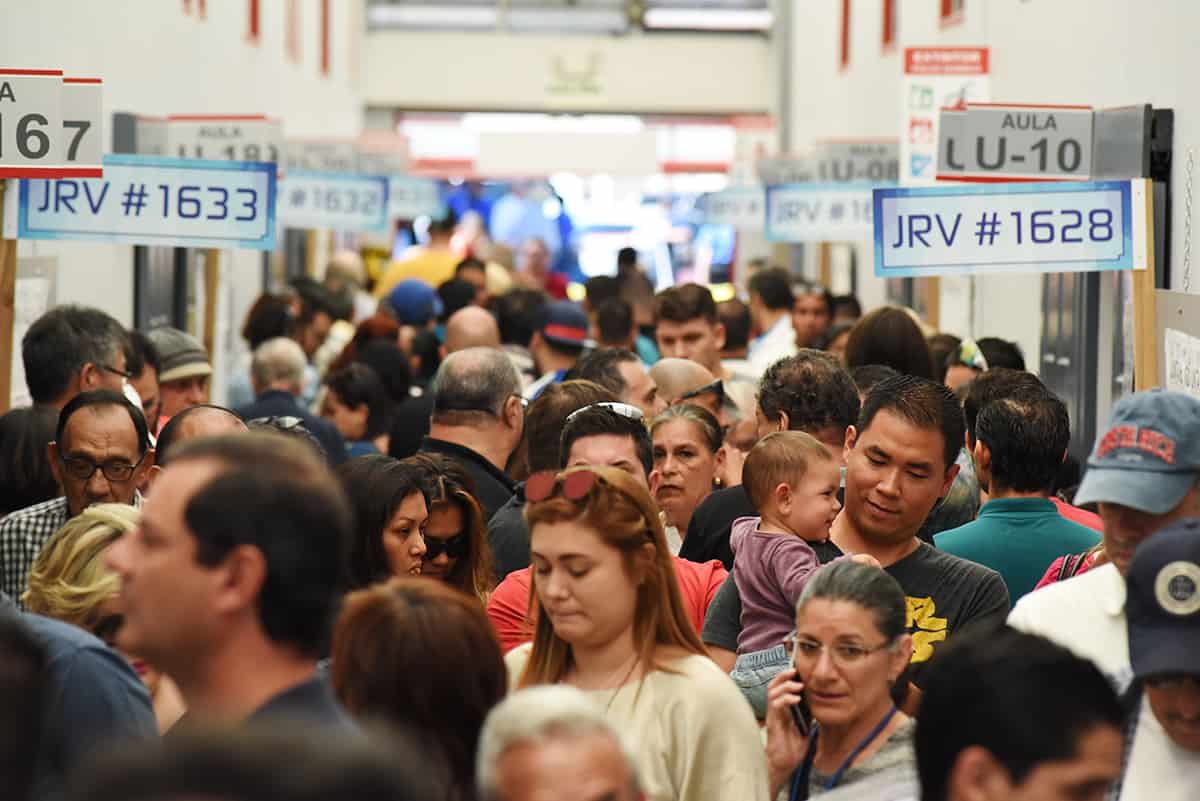 Voters crowd the halls of one of San Pedro's voting centers, the Universidad Americana, east of San José on Feb. 4, 2018. Turnout in many rural areas was much lower. (Andrés Madrigal / @andresmadrigalcr / The Tico Times)

While our Election Day reporters around the country reported a sluggish start during the morning hours of this presidential and legislative contest, some reported bigger crowds, more colorful partisan cheerleading and even some dancing as the day continued.

Will voter participation truly surpass forecasts, or is it an optical illusion caused by our low expectations? How will the night ahead unfold? Stay tuned to our live blog, beginning at 6 p.m., for continuing coverage, and follow us on Instagram at @TheTicoTimes for more pics and videos. A man scans the voting lists to find his name in Coronado. Iva Alvarado / @ivacaminando / The Tico Times Thousands of people headed to the Supreme Elections Tribunal to obtain ID cards, or cédulas, so they could vote. Paula Alvarez / The Tico Times Voting with a wink and a nod in Tres Ríos, east of San José. Gregory Calvo / @greg_calvo / The Tico Times