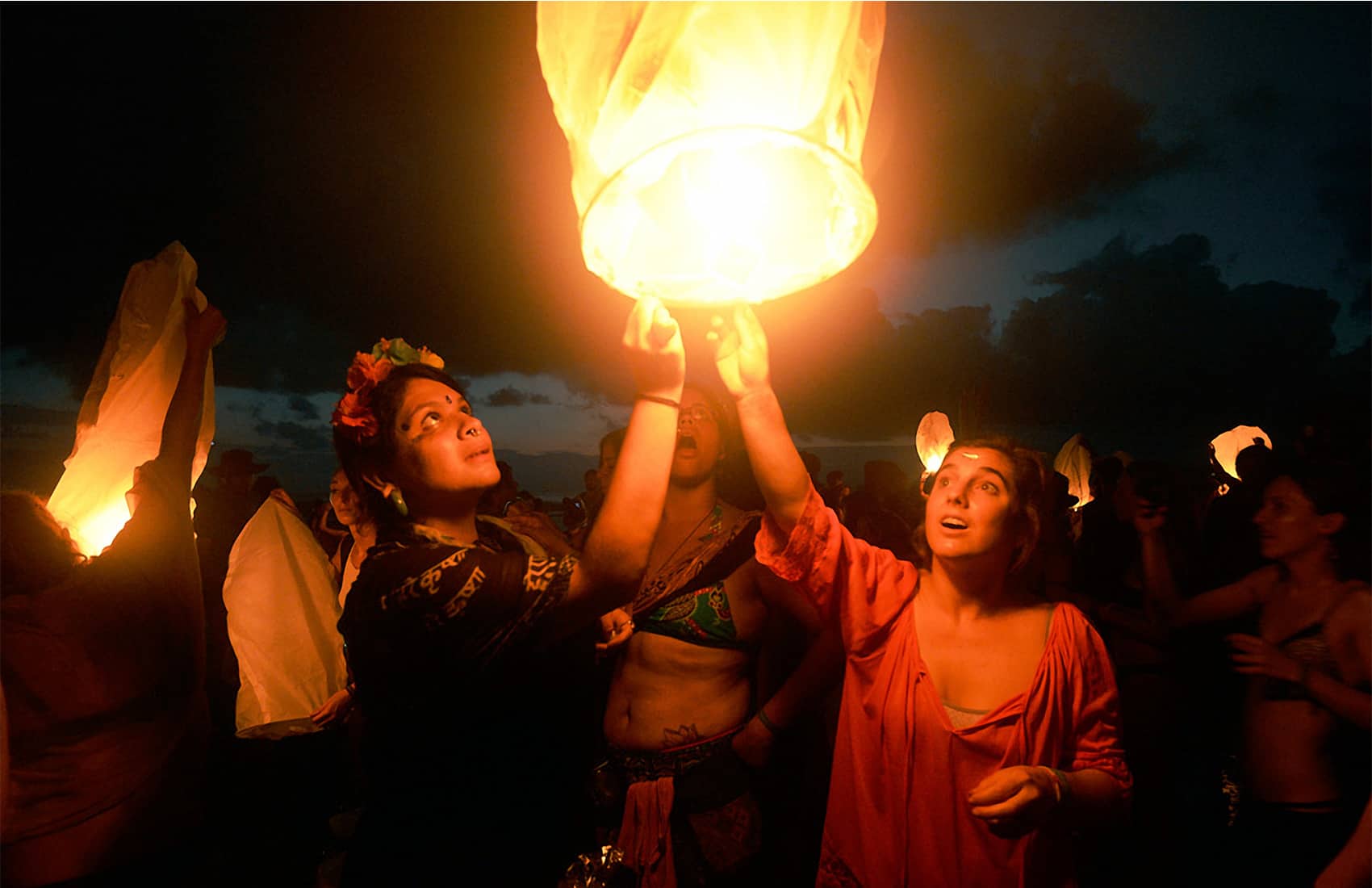 Health Ministry officials in coming days will enforce a new regulation banning the use and sale of sky lanterns, commonly known here as globos de los deseos or wishing balloons, in Costa Rica as a fire prevention measure.

Health Vice Minister Virginia Murillo Murillo said Thursday that the draft of the regulation is ready and that they are currently reviewing the wording before Minister Fernando Llorca Castro signs it and sends it for publication in the official newspaper La Gaceta.

“We estimate the regulation will come into effect by the end of the month so it can be enforced starting in December,” she said.

Murillo said as soon as the regulation enters into force, ministry staff will confiscate lanterns at businesses that sell them.

The use of sky lanterns usually increases during the Christmas and New Year holiday season. They’re also used at many weddings, concerts and other public celebrations that take place on beaches and in other outdoor locations during Costa Rica’s dry season from December to April.

Alexander Solís Delgado, director of prevention and fire investigation at the Firefighters’ Corps, said firefighters started petitioning officials from the Health Ministry and Economy Ministry for the ban in April, as a direct result of an investigation they carried out in March.

Experts from the Firefighters’ Corps conducted a series of tests with sky lanterns and found that a burning lantern is capable of penetrating a plastic roofing sheet in two minutes.

They also conducted combustion tests on materials such as fabric, grass, wood and others upon which lanterns could land “and results were that they all burned in periods ranging from 3 to 5 minutes,” Solís told The Tico Times.

“These lanterns are flying objects carrying an exposed flame, and they’re objects that people have absolutely no control over,” Solís said.

Sky lanterns are designed to be released in places where wind speeds are below 8 kph “and in December and the dry season, we don’t have these wind conditions in any part of the country,” he said.

The first fire reported this year was caused by a sky lantern that fell on the roof of a house in Guadalupe, a northeastern suburb of San José. The fire, reported just after midnight on New Year’s Eve, completely destroyed two houses and damaged others, the Firefighters’ Corps reported at the time.

Costa Rica will join other countries that have also banned sky lanterns, including Austria, Argentina, Australia, Brazil, Chile, Colombia, New Zealand, Spain, Germany, and parts of Canada and the U.S.

Efforts to ban sky lanterns are part of a campaign launched this week to prevent fires, including wildfires, and any accident that can result in people getting burned.

The campaign, dubbed “Zero burns, zero suffering, zero deaths,” is a joint effort by the Firefighters’ Corps, the Health and Public Security ministries.

Vice Minister Murillo said the risk of accidents where people gets burned usually spikes during the holidays “and in the case of children, it triples average figures.”

During the holidays, children tend to spend more time at home alone. Risks also increase for them during family celebrations where barbecues, outdoor cooking, bonfires and fireworks are common, the Vice Minister noted.

In addition to the Jan. 1 fire caused by the sky lantern, firefighters that day also attended four house fires, all of which were caused by fireworks, Director Solís said.

Solís warned citizens to be careful with Christmas decorations too, as many fires in homes during the holidays are caused by overloaded Christmas trees, decorations and faulty electrical systems.

The fire awareness campaign includes messages on websites, on social media and in print, and talks about fire risks at public schools. A mass media campaign on TV, radio and in newspapers and magazines will begin in December.

Firefighters’ talk at a public school: