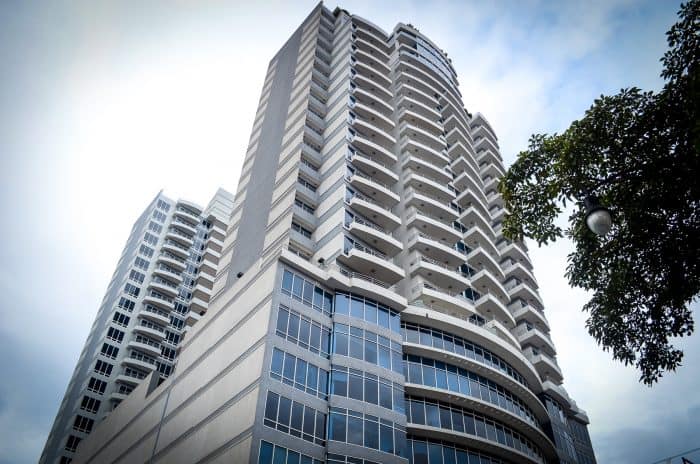 4 ways San José excels in urbanism – no, that’s not a typo

A car runs a stop sign, almost taking a mother and her small child along for a ride on the hood. People walk alongside a highway because it’s where the bus dropped them off. Pedestrians stare at the ground in order to avoid a sudden fall into a meter-deep ditch.

These are some of the images that come to mind when I ponder Costa Rican urbanism, or lack thereof. Others have vented their frustrations to me throughout my brief three months of living in Ciudad Colón, west of San José; there is a tendency to simply shake your head and wonder, “What can you do?” As for the capital itself, any prospective visitor who reads a travel guide will have dismal expectations at best. Guidebooks all but guarantee petty crime, if not worse, should one dare to cross the city. The Coca Cola bus station is described as a crime haven for anyone who masochistically wishes to part with a passport or wallet. This, added to my initial perceptions of vehicular hostility toward pedestrians, made my first trip to “Chepe” feel obligatory more than anything else.

However, the Costa Rican capital is far from an urbanism black hole. I was positively surprised by San José. Sure, much of the architecture leaves something to be desired, but the city excels in modern urbanism in ways I had never seen in many U.S. cities. Here are four examples:

Creating space solely for pedestrians is a defeating, uphill battle in many parts of the United States. In my hometown of Cleveland, Ohio, closing one block of one street from traffic was considered a monumental win, and cars are still able to pull onto the street for valet parking. So, needless to say, I was floored when I came upon the Avenida Central boulevard, which, like the parallel east-west boulevard in the southern half of the city, features block after block of storefront businesses accessible only to pedestrians in the heart of San José. After just two visits to San José, my preconceived notions fundamentally broken down, I began to notice another recurring theme: parks. Simply put, San José nails public spaces when it feels up to the task. On just one Saturday morning, I came across a marching band practicing in a large park space, hula hoops spinning furiously, shoppers at an organic fair, markets brimming with life, and yoga practitioners finding their inner Zen underneath an impressively designed gazebo with musicians playing along on a set of bongos and a xylophone. Again, these are all rare feats in many U.S. cities where suburban sprawl drains downtown areas of morning activity on the weekends, and keeps area residents segregated into their respective communities where driving is a requirement to do just about anything.

Most impressive of all is La Sabana. With obvious exceptions, such as New York City’s Central Park and Chicago’s lakefront, for example, I wonder if there are other similarly sized, high-quality urban park spaces in U.S. cities. The running, the ponds, the skating rink and race track with the National Stadium towering in the background easily makes La Sabana an urban gem. If the city can fulfill the long-held dream of a bike path to connect La Sabana to the University of Costa Rica, east of the capital, San José will stand out in a way that some supposedly more “developed” cities cannot currently fathom. A brief look back at a half-century of U.S. urban renewal: Once the Highway Act was approved by Congress in the 1950s, high-speed thoroughfares quickly began gutting urban areas and becoming the foundation of younger, western cities. Highways separated well-established neighborhoods, and downtowns were hollowed out to make space for cars in the form of lifeless surface lots or parking garages. While cities are trying desperately to remedy these errors, the legacy of U.S. parking craters continues to hurt local economies and social life.

To the contrary, parking craters seem nonexistent in San José. Its private parking lots are tiny in comparison to U.S. parking craters that can stretch for blocks in any direction. Fortunately, Costa Rica has never come close to matching the United States in cars per capita, so the demand for demolishing buildings for parking lots has been relatively limited thus far. Residents of many U.S. cities are regretting ceding so much space to cars. San José is all the more attractive as an urban destination because it has maintained its structural integrity. Any Tico Times reader knows that there are no shortage of public events in San José. The attributes above make these public events possible. That is, infrastructure dedicated to pedestrians instead of cars brings people to urban areas, and the powers that be have given them something to do while they are here. From the aforementioned yoga and markets to live music and theater, San José has a little bit of everything for everyone. Again, many U.S. cities would kill for the kind of activity and vibrancy on a Saturday morning that you can find in Chepe.

Of course, the four achievements I’ve listed do not change the fact that San José is in dire need of a cultural shift when it comes to people and cars, but this city is hardly alone in that regard. Broadly speaking, and this goes for the world at large, drivers and governments that fund transportation need to accept that humans are more valuable than cars. That might sound obvious, but countries and cities that truly embrace this as a priority show a measured shift in drivers’ mentality as soon as they get behind the wheel. In Switzerland, for instance, pedestrian culture runs so deep that cars will stop on a dime for a pedestrian crossing the street. They will then wait patiently, seemingly well aware that time is not more valuable than life. No pedestrian in her right mind would expect the same treatment here.

More specifically, there are steps San José (and any Costa Rican town, for that matter) can take to set such a shift in motion. Proven examples from other countries include adding more speed bumps to slow down cars, increasing penalties and enforcement for driver negligence, lowering speed limits, and improving infrastructure for cyclists and pedestrians that will get people out of cars and off their motorbikes.

This is doable. It may sometimes feel that San José or other parts of Costa Rica are far behind in terms of modern urbanism, but the gap is not as broad as it might seem. To the contrary, San José clearly has a great deal to offer an urban soul, and plenty of reason to hope.

Joe Baur is an author, writer and filmmaker who has worked for a variety of publications, including Matador Network, Yahoo! Travel, National Geographic and BBC Travel. He lives in Ciudad Colón. Follow him at @BaurJoe and joebaur.com.