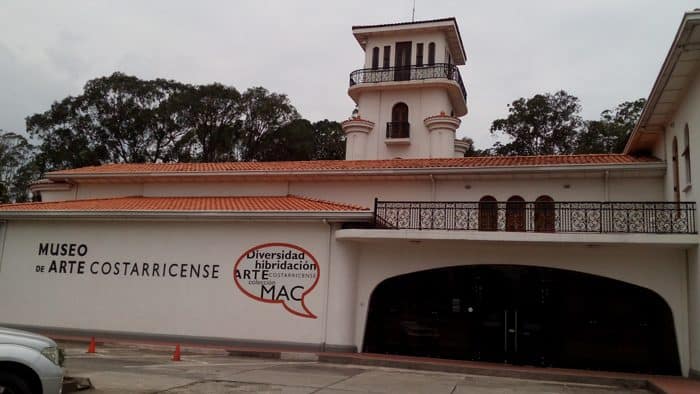 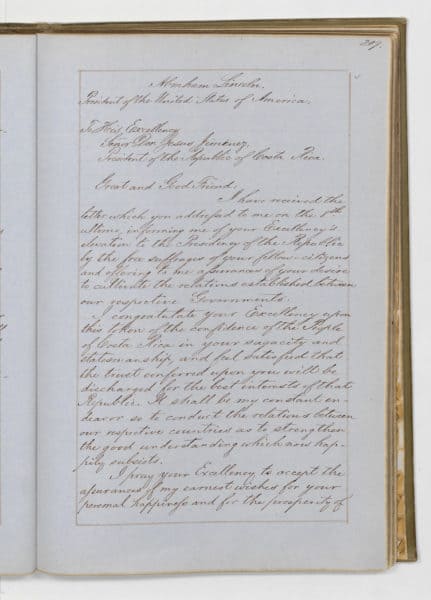 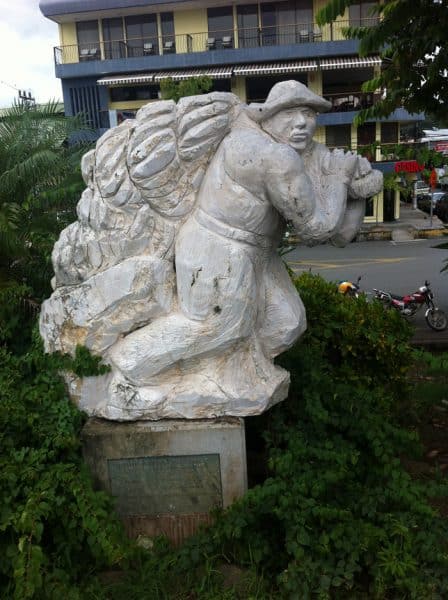 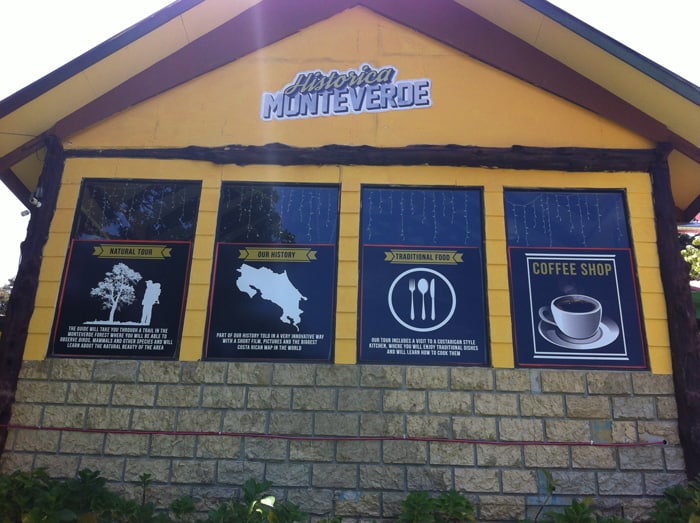 MONTEVERDE, Puntarenas — Long before the Quakers, the giant ground sloths came — giraffe-size creatures towering 6 meters, leaf-eaters in one of the world’s leafiest places.

Mammoths also roamed these forests, gigantic herbivores that left their bones behind for archaeologists to find tens of thousands of years later.

The first humans walked from the Bering Strait, arriving perhaps as early as 10,000 BCE.

The Corobicí are the last-known indigenous population associated with this area. When Costa Rican farmers moved onto their land in the mid-20th century, the Corobicí migrated east and mingled with other indigenous groups.

Then came the Quakers from Alabama — and the cheese. And it’s well worth your time, if you’ve already hiked the cloud forest and gone ziplining and seen the bats, snakes and frogs, to find your inner history geek and tour the Monteverde Cheese Factory and Historica Monteverde, a history museum opening June 1 with the world’s largest map of Costa Rica and a movie theater that seats 100.

Robin Castro, 45, partner and founder of Historica Monteverde, suffered a fall from the second floor of a workshop that put him into a coma for six months, after which he spent three years recovering — and dreaming up his museum.

“I’m one of the museum pieces,” he says.

The place where we’re standing was briefly a sloth sanctuary, created by the same couple who run the famous Sloth Sanctuary in Cahuita. But the husband died, the wife couldn’t run two sanctuaries, and Castro bought the property.

Building on an idea by a former owner of this property, the late Lindi Maxson, Castro began constructing the world’s largest 3D map of Costa Rica. He used more than 15,000 pins to get the altitude right on the mountains and everything else, crafting a 7-meter fiberglass map bursting with topography, light and even steam that comes out of the volcanoes.

Most of the artifacts at the museum focus on the Quakers, as does the tour of the Monteverde Cheese Factory. So here’s the Quaker story. Four 18- to 20-something Quakers in Fairhope, Alabama, were jailed in 1948 for refusing to register for the peacetime draft enacted by the United States between World War II and the Korean War.

Quakers, who usually call themselves Friends, are pacifist Christians who believe God resides in every person and who reject all violence between human beings. The Quakers did not agree to a compulsory draft and did not believe in paying taxes to a country that had recently dropped two atom bombs on Japan and was now thinking of intervening in Korea.

So the Friends decided to leave the United States, and they looked for a home in Canada, Mexico and, of all places, Costa Rica. They found the perfect landing spot in a place they named Monteverde, “Green Mountain.”

Eleven Quaker families bought 1,400 hectares in the heart of these mountains for 400,000 colones, which would be $47,000 today, says Rossy Araya, tour guide at Monteverde Cheese Factory. The Friends came by air, sea and land in 1951. Driving took three months, including one month just to cross the Nicaragua border, not because of immigration issues but because there was practically no road.

These Quakers were not rich, and like many expats in Costa Rica they soon found themselves wondering how to make money in this country.

John Campbell, said by Araya to be “the smartest guy in the group,” got the idea of making cheese, and the Monteverde Cheese Factory was built for the 1952 equivalent of $7,600. Today the factory, which was bought two years ago by Mexican food giant Sigma, receives 33,000 liters of milk every day from some 160 farms, Araya said, and produces an astonishing 3,300 kg (7,200 pounds) of cheese every day.

In 1972, the Quakers recorded their greatest hit when local legend Wilford (“Wolf”) Guindon teamed up with a visiting biologist named George Powell to establish the Monteverde Cloud Forest Reserve. To this day, Monteverde is perhaps the most magnificent cloud forest in the world that people can easily visit. “The cloud forest is the richest habitat in the world — 475 tons of biomass per hectare, followed by the tropical rain forest, which has 325,” said Rafael Salazar, tour guide at Historica Monteverde.

Historica Monteverde: Located on the same road but on the right and closer to the reserve. Opens June 1. Info:  http://www.historicamonteverde.com/index.html.