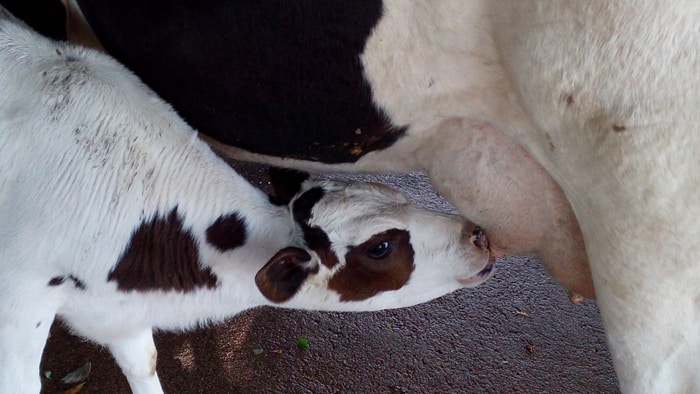 RINCÓN DE LA VIEJA, Guanacaste — On our walk to the top of the 450-meter waterslide at Buena Vista Lodge, my guide showed me a place where it gets very fast and people are tempted to reach outside — a good way to break your hand when it collides with a tree branch.

Don’t move your hands, I told myself. Trust your guide. Minutes later, rocketing down the chute, laughing like a maniac, my hands were the least of my worries. As I slammed against the sides of the concrete half-pipe, left and right, I thought my whole body would go airborne and slam into a ficus tree like Wile E. Coyote. WAH-wah.

I thought I’d tried every adventure Costa Rica had to offer short of skydiving, but I’d never done a waterslide. Buena Vista Lodge, just outside Rincón de la Vieja National Park, resolved this oversight in one minute of crazy good fun, sandwiched between an exhilarating canopy tour and a relaxing soak in its hot springs. I’d been told to keep my ankles crossed, but I could no more control my ankles than my laughter. How can this be safe?! I asked myself as my body, clad only in a swimsuit and inner tube, skidded down the fast, hard, curvy slide in a torrent of cold water. I felt like a luger in the Winter Olympics, but at least those guys wear bodysuits.

As my body whip-sawed back and forth in the fastest part, I studiously kept my hands on the tube and kept recrossing my ankles whenever they were jolted apart. And finally I plunged into the pool at the end, all smiles. Trust your guide.

On a one-day stay at Buena Vista Lodge, I also did the “extreme” zipline canopy tour (as compared to the wimpy one), and it went quickly because it was just me and two guides, David Moya and Antonio Ramírez. By now I’m an old hand at ziplines, and I think the guys sensed that, so they asked if I’d like to do something more extreme, like a “Superman.” I said sure, I’d like to do a “Superman,” which is a zipline where you fly face-down and hands-free like the Man of Steel.

So David set it up, moving the attachments from the front of my lower body to the back, and then he asked me to lean forward and wrap my legs around his back — a weirdly close attachment to a guy I just met. As we got set, I realized that my butt must have been right in his face, but this consummate professional ignored the intimacy and made all the adjustments, and we flew in tandem across a beautiful valley.

Next came the Tarzan swing, which was optional, because it was too scary for some people. I was hooked up and asked to step on the edge of the platform, while being told to not hold onto anything because the guy behind was holding me.

So, basically, you do what every human instinct tells you not to do — lean out over a huge void without using your hands for anything, secured by one guy in back, with another guy adjusting your equipment in front, until it’s go time. I bent my knees, and I flew. The free-fall took my breath away, and then the rope caught and I said, “Woo-hoo!”

It never gets old. I asked David what’s the strangest thing he’s seen here with freaked-out visitors, and he said, “I’ve seen people cry. … One time a girl was very scared and she peed her pants. Also, there are people with fear of heights that are very afraid and they are practically frozen on the platforms from their fear of heights.”

He said he’s even seen people faint on the platforms out of fear, but fortunately they were hooked to safety cables.

For those who are really afraid or for smaller children, he said, they offer “taxi service,” a tandem ride with one of the guides.

He said injuries are very rare. “Because of the negligence of people, like you put your hand in the wrong place, it’s possible that you can pinch a finger or something like that, but it’s not common,” he said.

The Costa Rican Ocampo family that owns Buena Vista Lodge were pioneers of tourism in this area, predating the better-known Borinquen Resort just down the road.

Operations manager José Luis Bustos told me this 650-hectare property used to be a beef and dairy farm, but business collapsed in the 1990 recession. One day the family patriarch, Gerardo Ocampo, took his four children to the nearby national park and caught a glimpse of what was going on at Rincón de la Vieja Lodge, where groups of foreign tourists were arriving, handing over wads of dollars. “(Ocampo) is a very creative person, very visionary, and so it really caught his attention to see the tourists, the dollars and all the action,” Bustos said. “And he spoke to the owner of the hotel, and he came back super-excited to build five cabinas … with a restaurant in the middle, very rustic.”

Ocampo sold his 12 best milk cows to build his mini-lodge, and no sooner had they celebrated the opening than the wind blew the roofs off all the cabinas. So he had to get a loan from the bank to rebuild, and he planted trees to block the wind.

At first the lodge hotel was just lodging, hot springs and hikes. But it steadily grew with the addition of the waterslide, the ziplines and the horseback riding. Eventually the lodge grew from five rooms to 82. “He was a pioneer in tourism,” Bustos said. “He has a great vision in tourism; he is 100 percent a visionary, a believer that people should have their own businesses and that guanacastecos should own their own stuff.”

The Buena Vista hot springs complex is large and beautiful, with multiple pools of varying temperatures, ranging from pretty hot to pretty cold, with mud baths and a sauna (which is not quite hot enough). Rooms are rustic but adequate; I found mine a bit dark because of the deep brown stain of the wood. The door scraped against the floor, and the water spat spastically out of the faucet, getting the wrong parts of me wet. There was no TV, not that I missed it, or air-conditioning, but at this elevation what you need more than air-conditioning is an extra blanket.

Getting there: From Liberia, take Highway 1 13km to the northwest, then turn right on the road to Cañas Dulces and it’s about 20km farther, just to the west of Rincón de la Vieja National Park. (But if you want to visit the park, you have to return to the highway and take another road.)
Rates: $80-$115 double, including tax and breakfast. Canopy tour is $40; horseback riding, $40; waterslide, $15; or you can do all the activities for $80.
What to bring: Be prepared for rain and chilly nights, bring a swimsuit for the hot springs and wear shoes or sandals (no flip-flops) for ziplining.
For more info: www.buenavistalodgecr.com.