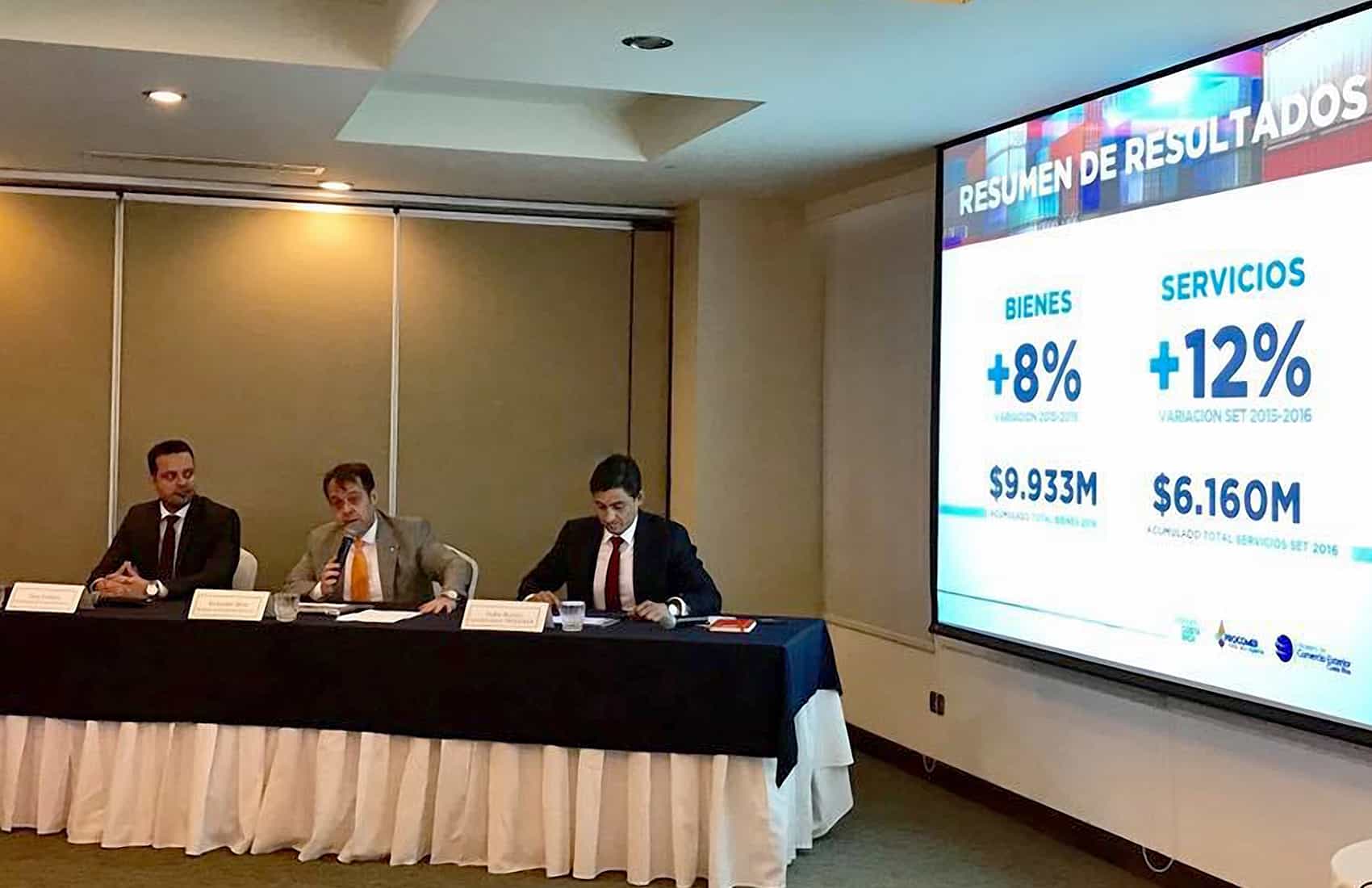 Sales abroad of Costa Rican products grew by 8 percent last year, while exports of services saw a 12 percent increase, according to an official report released Monday.

Foreign Trade Minister Alexander Mora said at a press conference that officials are very satisfied with these results, as Costa Rica achieved the best export performance in Latin America. Average export figures recorded last year both in the region and worldwide are negative 6 percent.

PROCOMER in 2014 launched a social media campaign to encourage local companies to start selling their products abroad. The campaign dubbed “Queremos productos Ticos” (“We want Tico products”), and showed videos of Costa Ricans living abroad describing which Tico products they missed the most.

Mora said positive results in the goods sector was achieved mainly by strong sales abroad of agricultural products that accounted for 27 percent of total exports. Sales of precision and medical devices, as in recent years, also maintained a solid performance and accounted for 26 percent of the total.

Positive sales in both sectors also got a boost from a 14 percent increase in sales from free-zone based companies, the COMEX report noted.

Foreign Trade officials said data on exports of services is only available up to the third quarter of 2016. Figures, however, showed an inter-annual growth of 12 percent.

Exports of services during the first nine months of 2016 accounted for $6.1 billion, up from $5.4 billion recorded in the same period during 2015, COMEX report stated.

Companies in the travel sector totaled $2.7 billion, representing a 15 percent increase from the previous period, and those in the business services sector recorded $1.7 billion, or 14 percent more.

Exports of telecommunication, information and IT services accounted for $786 million, representing a 4 percent increase, while the transport sector totalled $333 million, or 18 percent more from 2015.

Minister Mora said that COMEX does not rule out the possibility that Costa Rica could meet or even surpass annual export goals when data is included from all quarters, expected to be available in April.

Aside from efforts to diversify markets, the positive performance recorded last year reflect increases in sales to the country’s most important markets.

Sales to European Union countries increased by 15 percent, while sales to North American countries — mainly to the United States — rose by 10 percent.

Minister Mora said that in order to keep up the growing trend, trade authorities are targeting their efforts to improve sales of Tico products in Asian markets, mainly in China.