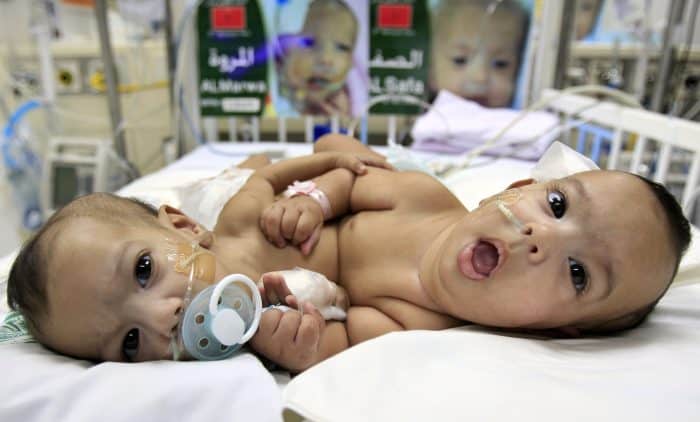 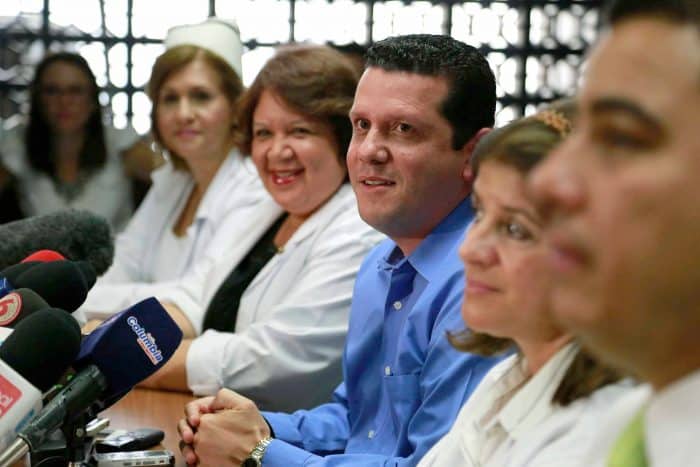 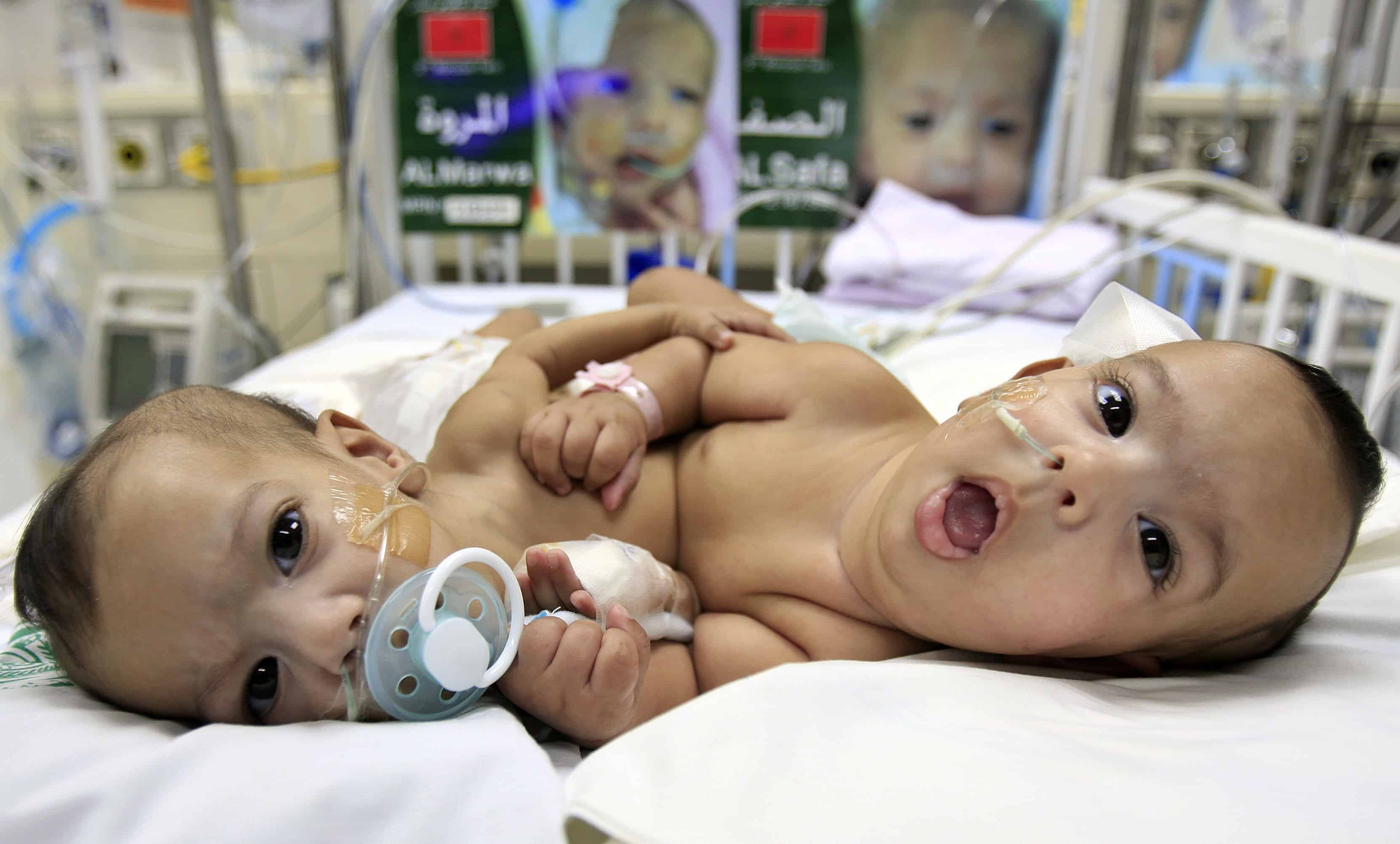 For illustration only. Moroccan conjoined twins lie on a hospital bed in Riyadh, Saudi Arabia on July 10, 2008. (Hassan Ammar/AFP)

The chances are slim that any given pregnancy will result in twins, even less that those twins will be conjoined. And yet the relatively small country of Costa Rica is expecting the birth of four sets of conjoined twins in the coming months, according to the Costa Rican Social Security System.

Four women in Costa Rica are currently pregnant with conjoined twins. In Fila Pinar de Coto Brus, a rural town near the Panamanian border, a couple is expecting twins connected at the head. The mother, Evelyn Badilla, told Spanish-language daily La Nación that they will name the twin boys Ezequiel and Samuel. Twins connected by the head are the most difficult to separate with surgery.

Doctors at Calderón Guardia Hospital in eastern San José are expecting two sets of conjoined twins, though they have not released any information regarding the mothers or their pregnancies because of privacy concerns.

Conjoined twins occur in approximately one out of every 50,000 pregnancies when an embryo that would normally split to create identical twins fails to completely separate. Doctors know that conjoined twins are more common in Latin America than in the United States or Europe, but don’t know why.

According to doctors, the unusual overlap of these pregnancies in Costa Rica occurred completely by chance. They will be the 10th, 11th, 12th and 13th pairs of conjoined twins ever born in Costa Rica and the first cases since 2009. Ten-year-olds Yurelia and Fiorella Rocha are Costa Rica’s only pair of conjoined twins that ever survived long enough to leave the hospital.

This rash of conjoined twin pregnancies comes after a slew of multiple births in May prompted the Costa Rican Doctors and Surgeons Association to create new regulations for fertility treatments in the country.

Among these multiple births was Costa Rica’s first-ever set of sextuplets who were born premature. No single hospital was equipped to handle so many premature babies and they were distributed to maternity wards throughout San José. Despite doctors’ efforts, only one of the sextuplets survived.