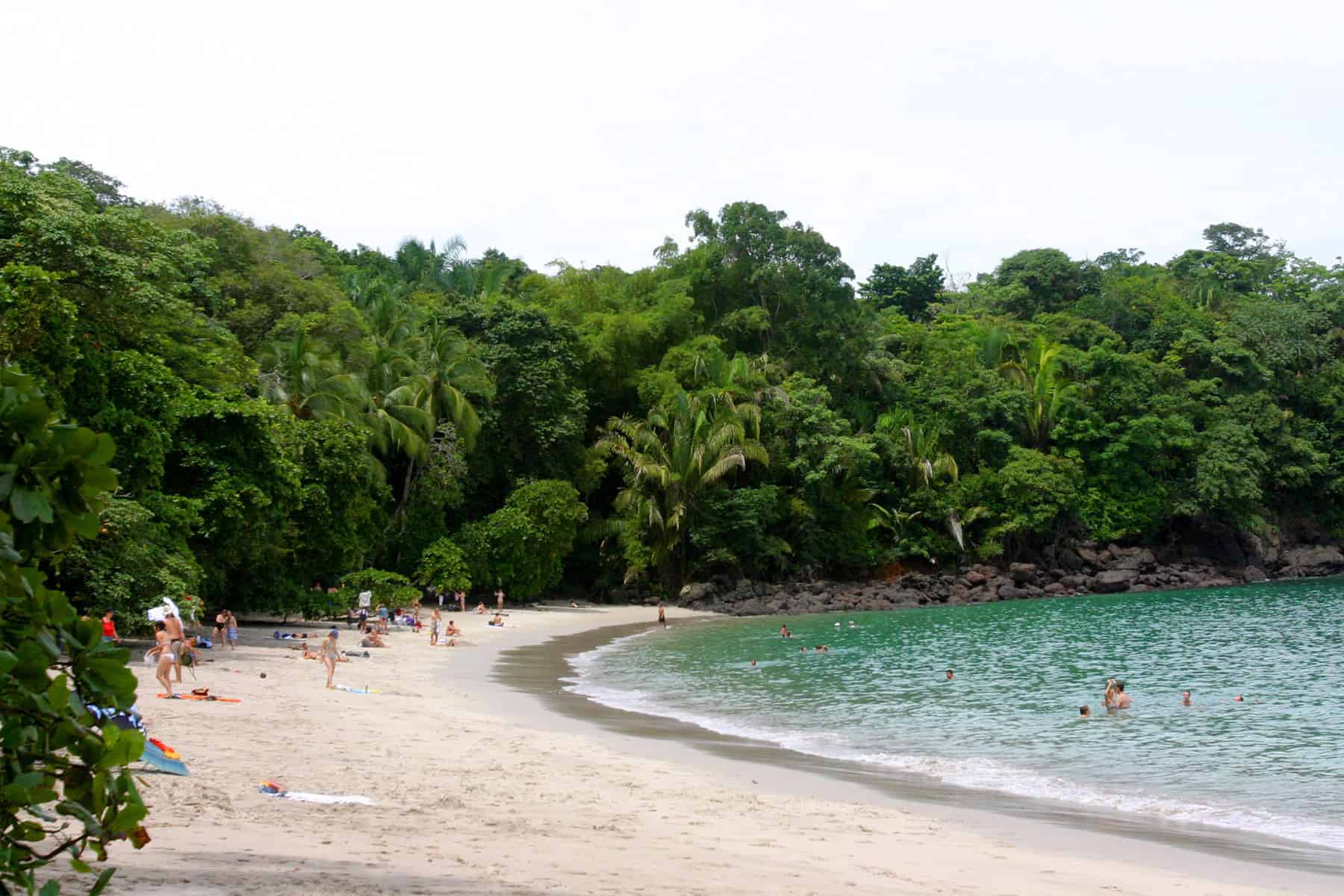 Manuel Antonio beach and its green scenery are some of the main attractions at Costa Rica's most-visited national park. (Monica Quesada/The Tico Times)

The Environment Ministry (MINAE) recently issued an executive decree to change entry schedules at Manuel Antonio National Park, the most visited national park in Costa Rica. As of last week, the park is open from Tuesday to Sunday, 7 a.m. to 4 p.m.

Executive Decree No. 39048 was published last week in the official newspaper La Gaceta following recommendations from the National System of Conservation Areas (SINAC). It responded to an increasing number of park visitors. SINAC data from last year show that over 360,000 tourists visited the park, which is located in the Central Pacific region of Puntarenas province.

In a press release, SINAC Executive Director Julio Jurado said that “closing the park at least once a week is required for restoration, recovery and rehabilitation of ecosystems at Manuel Antonio, and it also is a preventive measure for the conservation of the natural resources that led to the creation of this national park.”

SINAC spokesman Francesco Di Palma on Monday confirmed that the park previously had closed once a week during low season only, and that at some point the measure was revoked due to pressure from business owners in the area.

“The new decree allows SINAC to take the right steps to prevent excessive pressure on natural resources and maintain a sustainable use of the park’s services at the same time,” Di Palma said.

Earlier this year, SINAC also issued protective measures and banned the entry of food into Manuel Antonio. Visitors’ habits of feeding wild animals were causing problems including severe pollution, changes in eating habits of several species and facilitating the transmission of diseases, the agency reported at the time.