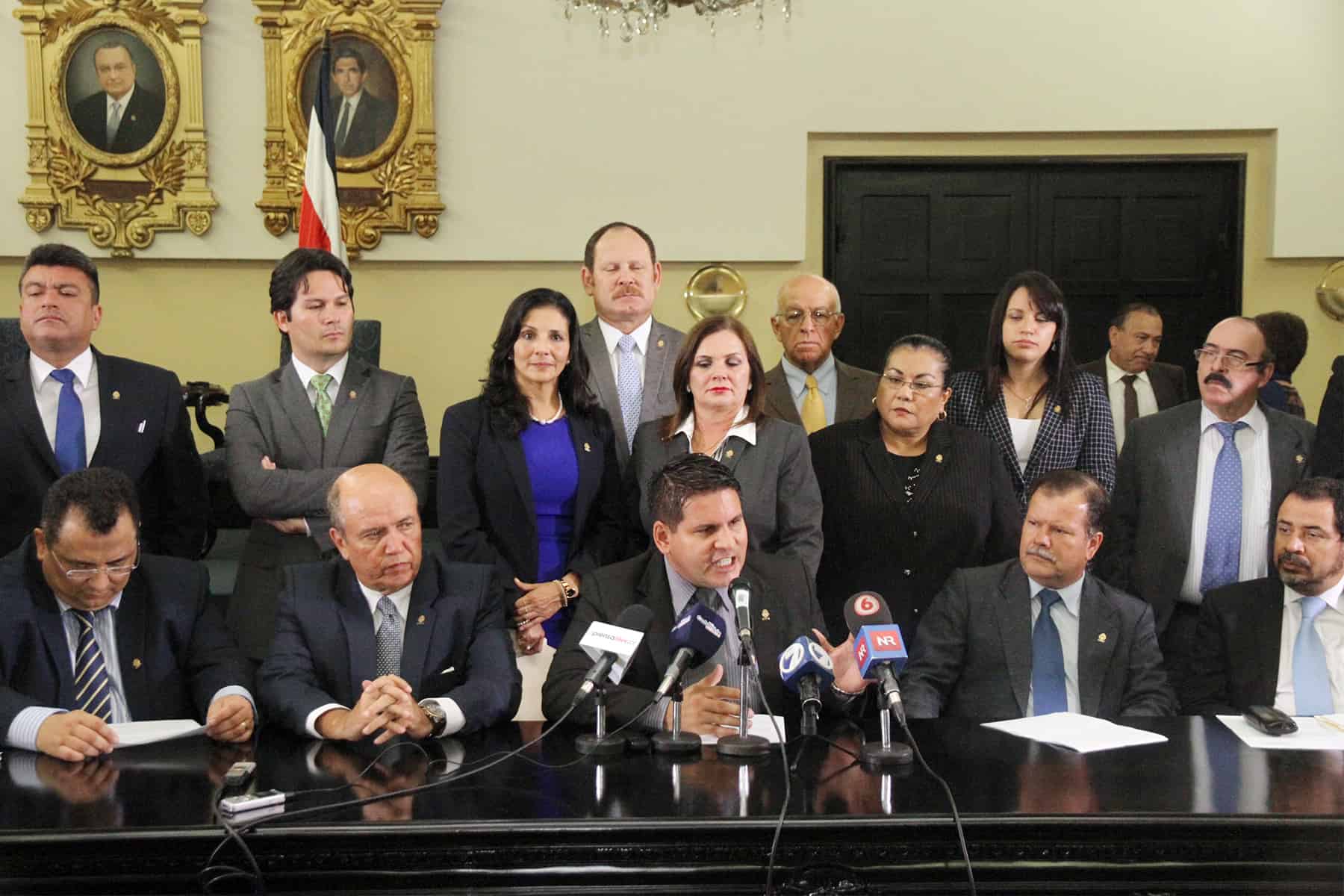 Lawmakers asked for the dismissal of Housing Minister Rosendo Pujol on April 22, 2015. Lawmaker Fabricio Alvarado Muñoz from the Costa Rican Renovation Party said that in the past 11 months the Housing Ministry has only approved one housing project, consisting of 32 houses. ((Courtesy of Legislative Assembly))

The call led Solís to cancel a public event he and Pujol had scheduled for Thursday.

In a news conference at the Legislative Assembly, lawmakers blamed the minister for delays in the construction of housing projects for the poor, mostly because the required public funds haven’t been allocated.

Christian Democratic Alliance lawmaker Mario Redondo Poveda said the funds are there. “The [financial] resources exist, but ministry officials lack the ability to speed up procedures to properly distribute them,” Redondo said.

Legislators also said they have received several complaints from private contractors interested in participating in public bids for government projects.

“Construction businesses tell us that all public bids are at a stalemate,” National Liberation Party lawmaker Juan Marín Quirós said.

Costa Rican Renovation Party legislator Fabricio Alvarado Muñoz claimed that in the past 11 months the ministry only approved one housing project, consisting of 32 houses.

In the wake of the lawmakers’ public rebuke, Solis’ communications office announced that it was rescheduling Thursday’s event with Pujol and Solis, citing “a scenario of unpredictability.” The president and minister were supposed to sign into law a new housing stipend.

Pujol has said the legislators’ request is inappropriate and that he has offered, on various occasions, extensive explanations to the legislators’ complaints and inquiries regarding his work.

“We currently have several projects in progress or that are close to completion,” he said through his press office. “Resigning at this time for me would be like playing the game of those who do not trust the system and who do not believe in the changes we are implementing. We are improving the procedures for choosing new projects, their locations and the people who will benefit from them, but some people are averse to these changes,” the minister said.

A total of 16 members of Solís’ administration have resigned or been removed from their posts in the past 11 months, including five ministers. President Solís has said he will evaluate further changes to his cabinet at the end of his first year in office in May.