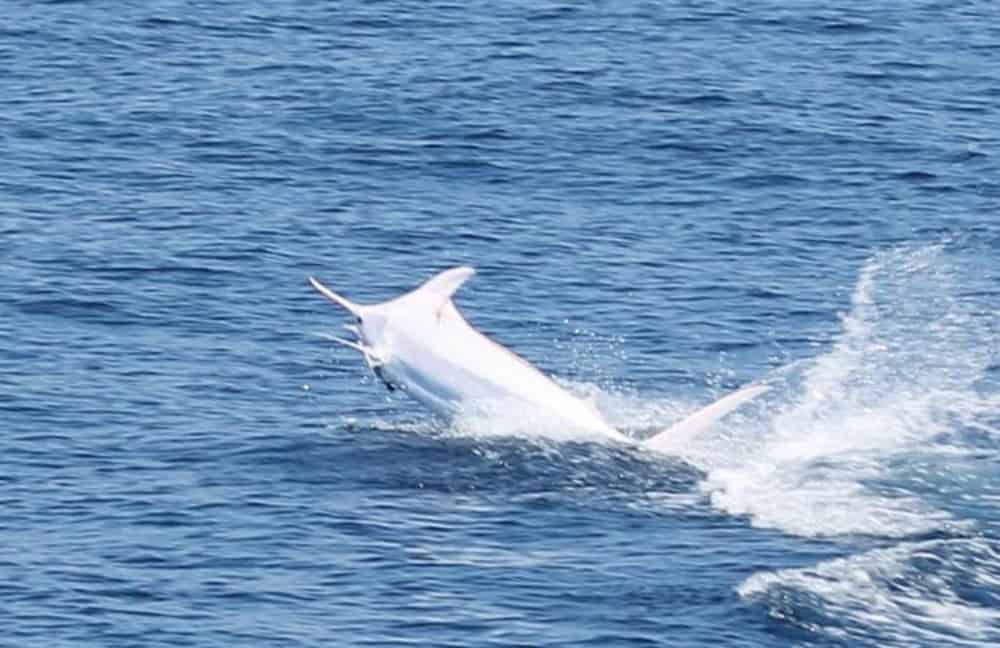 Sport fishing out of the Los Sueños Marina in Herradura, Puntarenas, near the beach resort town of Jacó, the men brought in a rare white blue marlin this week, reported The Billfish Report on Tuesday. Capt. Juan Carlos Zamora, Carlos Espinoza and Roberto Salinas of the Spanish Fly caught the fair-skinned fish.

The photos of the marlin jumping out of the water near the boat may be one of a kind, the sport-fishing website suggested.

One commenter wrote that the blue marlin, usually seen with a dark blue strip along the dorsal side, might not be an albino, as originally reported by The Billfish Report. Instead, it could be leucistic, the report said, noting that true albinos have pink or red eyes. Leucism is a condition where reduced pigmentation in the skin, fur or feathers leaves the animal white.

Gizmodo reported that the anglers released the marlin. The white blue marlin thrashes boat side and fishermen reel it in. Courtesy The Billfish Report