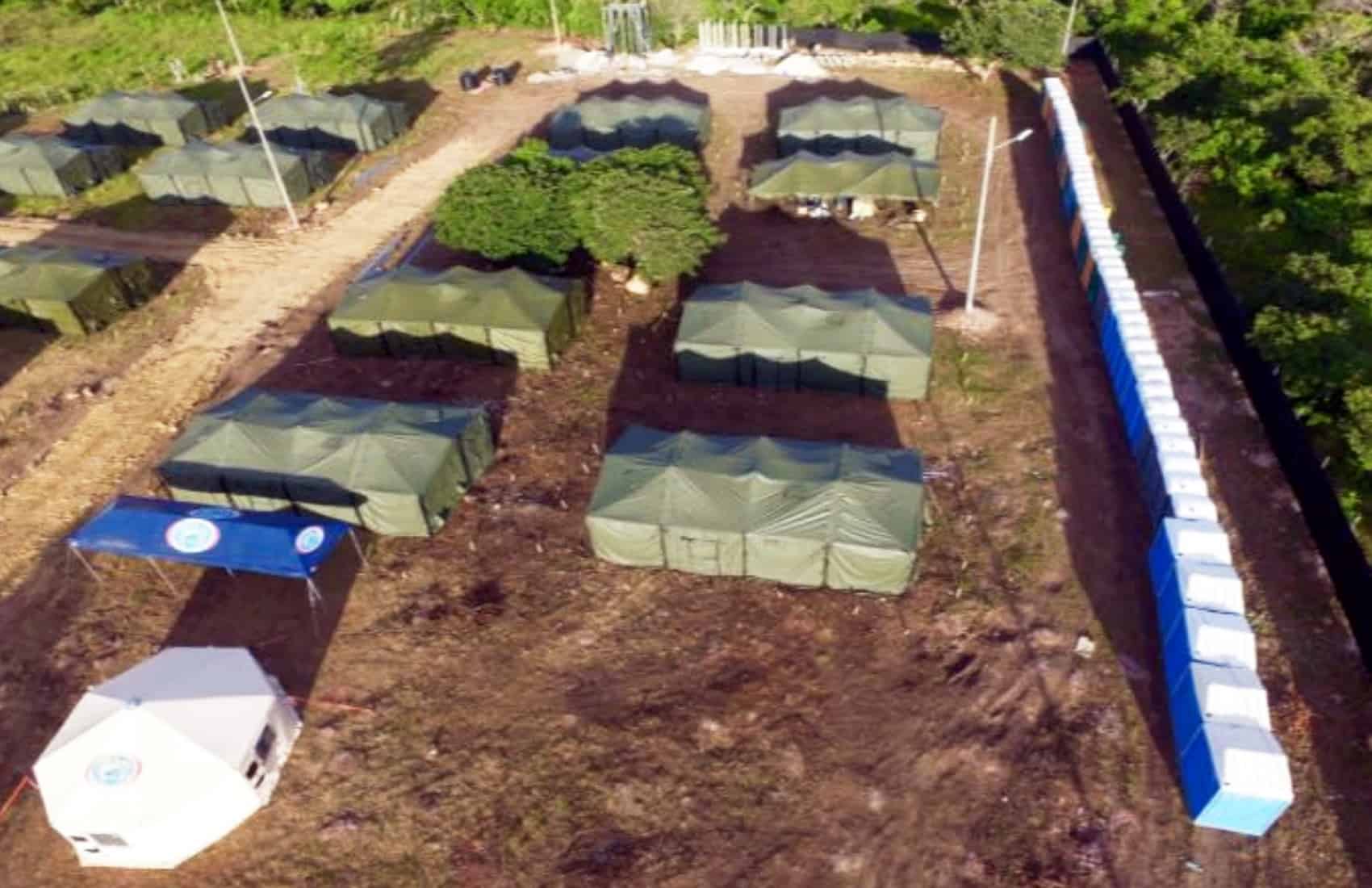 The new migrant shelter in La Cruz, Guanacaste will be able to host up to 1,000 people. ((Courtesy of Casa Presidencial))

Costa Rican officials announced plans this week to relocate migrants from Haiti, Asia and Africa who have been camped out near the country’s border with Nicaragua hoping to get across and continue north to the United States.

The first group of 50 migrants was moved to a shelter in La Cruz, in Guanacaste province, on Tuesday. The government plans to initially move 200 people; The shelter has a capacity for 750 and can be expanded to house 1,000, Casa Presidencial reported.

The U.S. government donated tents for the shelter. The site also has showers, restrooms, a kitchen, and an administrative area.

Communications Minister Mauricio Herrera said migrants will be relocated in groups starting with those camped along the Pan-American Highway, some on private property, as well as families with children, he said.

The government hopes to complete the transfer by November in order to remove an improvised camp were migrants settled along the border. The site currently represents a sanitary problem due to the lack of basic services.

Herrera said currently there are some 4,500 migrants in the country hoping to get across the border and through Nicaragua, which has refused to let them pass through legally. Many resort to using smugglers.

The flow of migrants entering the country from Panama appears to have slowed a bit over the past month. According to government figures, an average 204 migrants arrived in Costa Rica daily during the week of August 8-14.

Still, Minister Herrera said the government is fully aware of the imminent arrival of a large number of Haitian migrants traveling from South America. The New York Times reported last week that thousands of Haitians who had been working in Brazil, largely in construction jobs in the run-up to the 2014 World Cup and this year’s Olympic Games, have left in recent weeks, headed for the U.S.

Herrera said the country is ready to handle the potential influx.

US resumes deportation of Haitian migrants

The thousands of Haitians who have traveled overland to the U.S., largely from South America, in recent months have largely been allowed temporary entry into the U.S. under a humanitarian policy implemented after the devastating 2010 earthquake in Haiti.

But last week, U.S. Homeland Security Secretary Jeh Johnson announced that the country would resume deportations of Haitians trying to enter the U.S. illegally without a visa. Johnson said his agency was working with the Haitian government and other partners “to resume removals in as humane and minimally disruptive a manner as possible.”