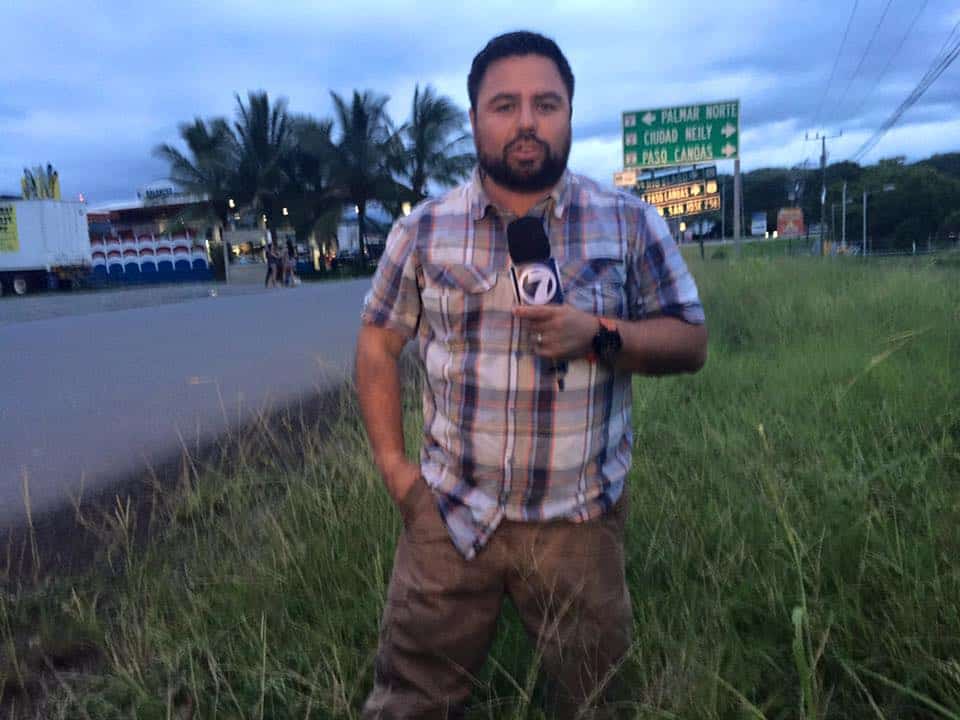 Álvaro Sánchez, a reporter for Costa Rica’s TV Channel 7 news, Telenoticias, was attacked by a mob Monday night in Desamparados, south of the capital, where he and fellow journalists were covering an evolving crime.

Sánchez told the daily La Nación that he, a cameraman and an assistant were reporting on a man wielding a gun on the street when supposed family members of the man told them to leave and then attacked the cameraman.

The cameraman and assistant retreated to their vehicle, but Sánchez was surrounded by the mob, which threw him to the ground and starting kicking him. He managed to escape when two Judicial Investigation Police drove by and opened the back door so he could jump in, Sánchez told La Nación.

Sánchez filed a criminal complaint against his aggressors on Tuesday.