US removes Cuba from terror blacklist in landmark move 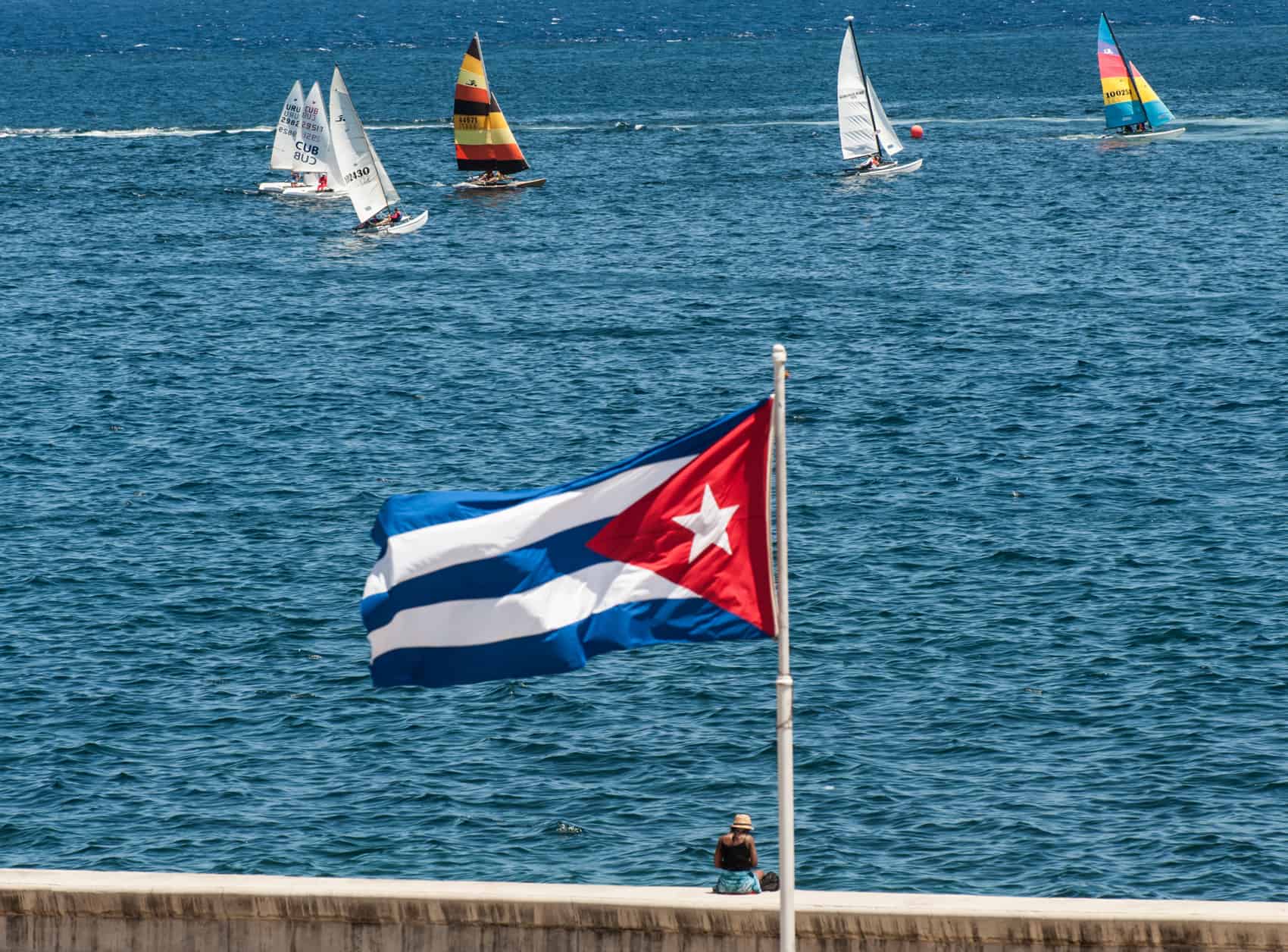 A Cuban national flag flutters as participants of the Havana Challenge regatta compete in Havana, in this May 19, 2015, file photo. The United States removed Cuba from its blacklist as a state sponsor of terrorism on May 29, 2015, in a landmark move aimed at paving the way towards normalizing ties frozen for half a century. (Yamil Lage/AFP)

Related: There’s a real estate boom in Cuba, but for now, only Cubans can buy

The United States removed Cuba from its blacklist as a state sponsor of terrorism on Friday, in a landmark move aimed at paving the way towards normalizing ties frozen for half a century.

The decision means Cuba will now have better access to U.S. banking facilities and aid, and a ban on arms exports and sales is also lifted.

It also wipes out an international stigma that Havana — on the blacklist since 1982 — has long contended was groundless and unfair.

U.S. President Barack Obama had notified Congress earlier this year that he intended to remove Havana from the list, giving lawmakers 45 days to object, which elapsed Friday.

Now Secretary of State John Kerry “has made the final decision to rescind Cuba’s designation as a state sponsor of terrorism, effective today, May 29, 2015,” the State Department said in a statement.

“The rescission of Cuba’s designation as a state sponsor of terrorism reflects our assessment that Cuba meets the statutory criteria for rescission,” the statement said.

“While the United States has significant concerns and disagreements with a wide range of Cuba’s policies and actions, these fall outside the criteria relevant to the rescission of a state sponsor of terrorism designation.”

It is just the latest ground-breaking development in a fast-moving rapprochement between the Cold War foes, after Obama and Cuban President Raúl Castro agreed in December to restore relations that have languished in the doldrums since 1961.

Obama paid a surprise visit on Thursday to a Miami religious shrine popular with Cuban exiles to “honor the sacrifices that Cuban-Americans have made in their pursuit of liberty and opportunity, as well as their extraordinary contributions to our country,” a White House spokeswoman said.

The visit had special significance, recognizing the role of the Catholic church and Pope Francis’s efforts to improve ties between Havana and Washington. U.S. President Barack Obama speaks with Father Juan Rumin Dominguez as he visits the Shrine of Our Lady of Charity in Miami to pay his respects to the Cuban-American diaspora who worship at the church on May 28, 2015. Nicholas Kamm/AFP

Obama has already made it easier for 12 categories of U.S. citizens to visit the communist island, no longer requiring them to apply for a license before traveling.

Those allowed to visit Cuba can bring back home $100 worth of cigars or rum, and pay for purchases on the islands with credit cards.

U.S. companies are now allowed to invest in Cuba’s tiny but growing private sector, which emerged under modest economic reforms launched by Castro.

In March, the two countries re-established a direct telephone link, and the U.S. Treasury Department removed sanctions on some 60 individuals, shipping companies and trading firms.

So far teams from the two countries have met four times seeking to work out the terms for reopening their embassies.

Officials say the talks have made progress, but nothing concrete was announced at the last round, held in Washington a week ago, and sticking points remain.

The communist authorities in Havana have been particularly angered by U.S. democracy programs and have so far not met demands that U.S. diplomats be allowed to meet freely with dissidents.

The island is still subject to a U.S. trade embargo put in place in 1962, which Obama has called on Congress to lift.

Friday’s decision means only Iran, Sudan and Syria remain on the State Department’s blacklist of state sponsors of terrorism.

The diplomatic path has been advancing since December, and Castro and Obama also held a historic meeting in Panama in April on the sidelines of a regional summit.

Castro traveled earlier this month to the Vatican to meet Pope Francis, who was instrumental in helping Washington and Havana break the ice.

In the early days of the communist regime in the 1960s, Raúl’s brother Fidel Castro expelled some 100 religious figures and nationalized numerous Church properties after it opposed the new regime.

For more on what this means, see: After 23 years, the US is dropping its claim that Cuba sponsors terrorism. Here’s what it means.