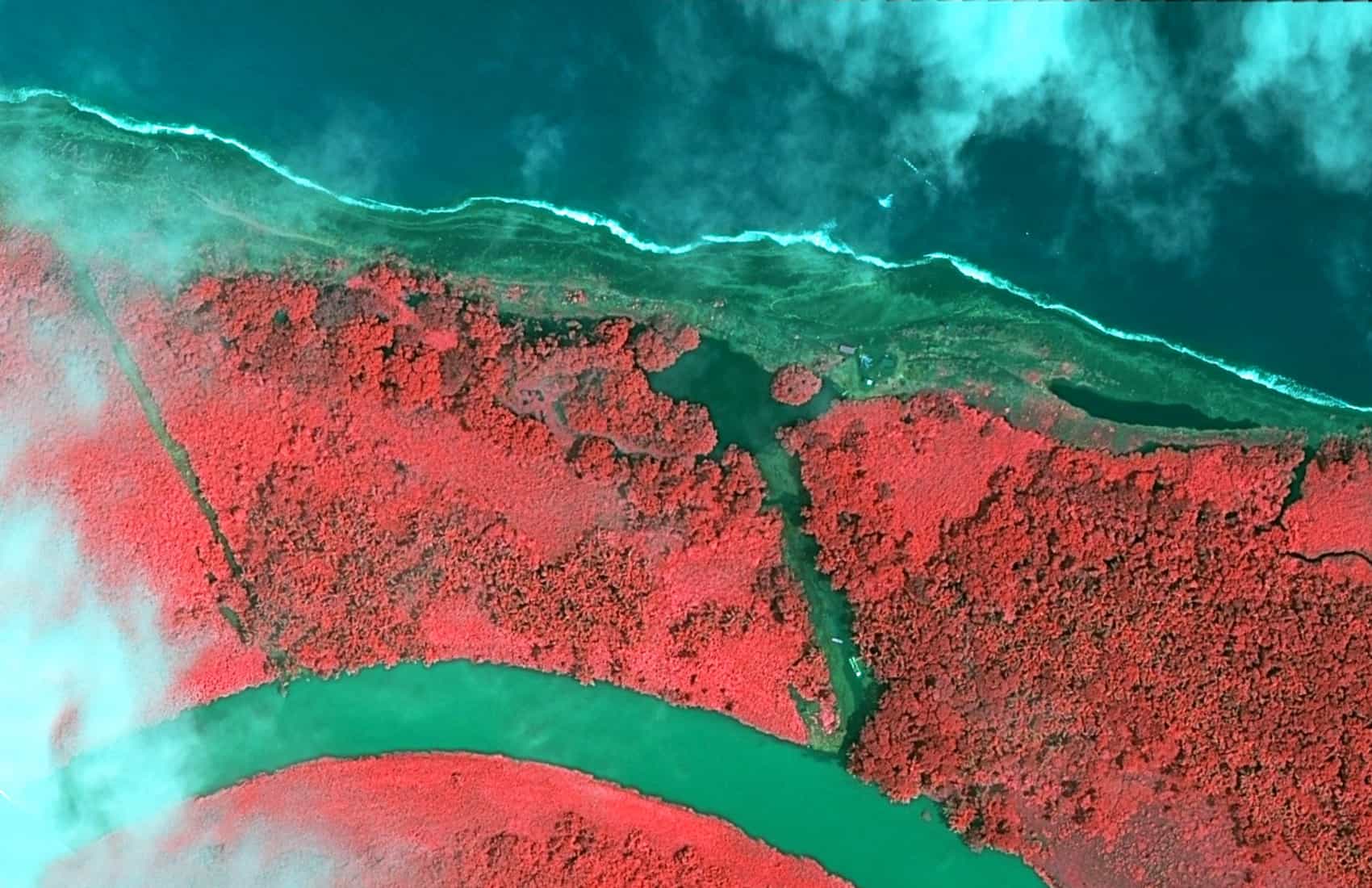 Satellite pictures provided by Casa Presidencial in September 2013 showed the excavation by Nicaragua of two canals in a wetland inside Costa Rican territory in an attempt to connect the San Juan River and the Caribbean Sea. ((Courtesy of Casa Presidencial))

Costa Rica announced Wednesday that it began operations to repair damages caused by Nicaraguan ships dredging an island disputed by the two countries.

A statement from the Costa Rican Foreign Ministry said that the operation to close the canals in Isla Portillos, a small wetland in the far eastern border with Nicaragua, could last several weeks.

Both countries claim Isla Portillos, which is at the center of a dispute at the International Court of Justice at The Hague, as their own.

According to the Foreign Ministry, the project began after notifying the world court, the Nicaraguan government and the Ramsar Convention on Wetlands.

The case dates back to September 2013, when Costa Rican authorities discovered that Nicaragua had been dredging canals through the area to connect the San Juan River with the Caribbean Sea despite the fact that the court had declared the territory “disputed.”

San José asked the world court to order an immediate cessation of all construction, which was accepted by The Hague. The court authorized Costa Rica to develop plans to avoid further damages to the island in coordination with the Ramsar Convention.

In its statement, the Foreign Ministry noted that it was forced to rent a helicopter to transport material required for the work after Nicaragua blocked its access to the site via the San Juan River.