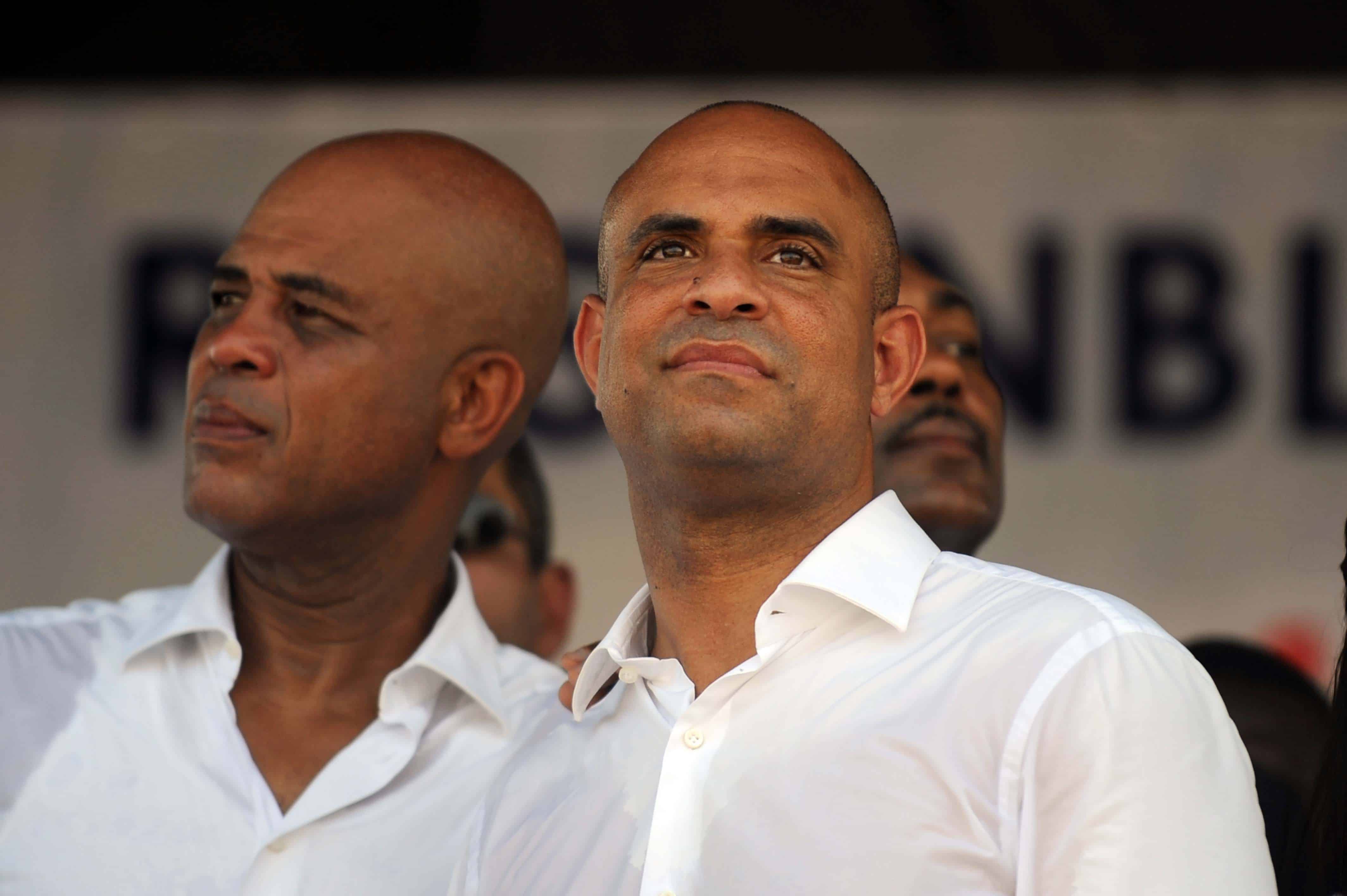 An Oct. 17, 2014 file photo shows Haitian President Michel Martelly, left, and former Prime Minister Laurent Lamothe participating in an event in Port-au-Prince. Lamothe announced his resignation on Dec. 14, 2014 after repeated calls for him to step down amid anti-government protests and a political crisis. (Héctor Retamal/AFP)

PORT-AU-PRINCE, Haiti – Haiti’s emboldened opposition welcomed the resignation Sunday of Prime Minister Laurent Lamothe, who faced repeated calls to go over the failure to hold legislative elections in the past three years.

The increasingly unpopular Lamothe’s resignation had been widely expected after President Michel Martelly said Friday that his Cabinet chief was ready to leave “to help find a solution” to the Caribbean country’s dragging political impasse.

But it remains to be seen whether Lamothe’s decision to quit will have that effect, in the poorest country in the Western hemisphere and one with a checkered history of dictatorship and violent protests.

If elections are not held before Jan. 12, the legislature will be automatically dissolved and Martelly can rule by decree. His critics have warned he could send back Haiti to dictatorial rule and also are demanding that he resign.

A commission set up by the president has recommended forming a consensus government including opposition members, disbanding Haiti’s electoral council and freeing political prisoners.

Martelly is scheduled to meet Monday with the presidents of the two legislative chambers to choose a replacement for Lamothe.

“I am leaving the post of prime minister this evening with a feeling of accomplishment,” Lamothe, 42, said during a televised speech, touting his government’s “remarkable” record, which he said included reduced poverty and a 50 percent drop in crime.

Andre Michel, a young opposition protester and lawyer, branded Lamothe’s departure “too little, too late,” and called for more demonstrations against the ruling elite.

Francisco Delacruz, an opposition senator, was more optimistic, saying, “The departure … is a positive signal.”

“The crisis can be resolved in a week, but it will take good will and determination from political actors,” he said.

He suggested a consensus government be put in place as quickly as possible to organize the stalled elections.

Opposition parties boycotted recent talks initiated by the government aimed at resolving the crisis before the end of the year.

On Saturday, prior to Lamothe’s announcement, one man was shot dead during anti-government demonstrations in the Haitian capital Port-au-Prince calling for the president and Lamothe to resign.

Clashes broke out when hundreds of youths tried to break through police barricades to enter the presidential palace. It was not clear who had fired the fatal shot.

Haiti, which is still recovering from a devastating 2010 earthquake, has struggled mightily with a difficult post-colonial legacy, corrupt rule, civil unrest, environmental degradation and natural disaster.