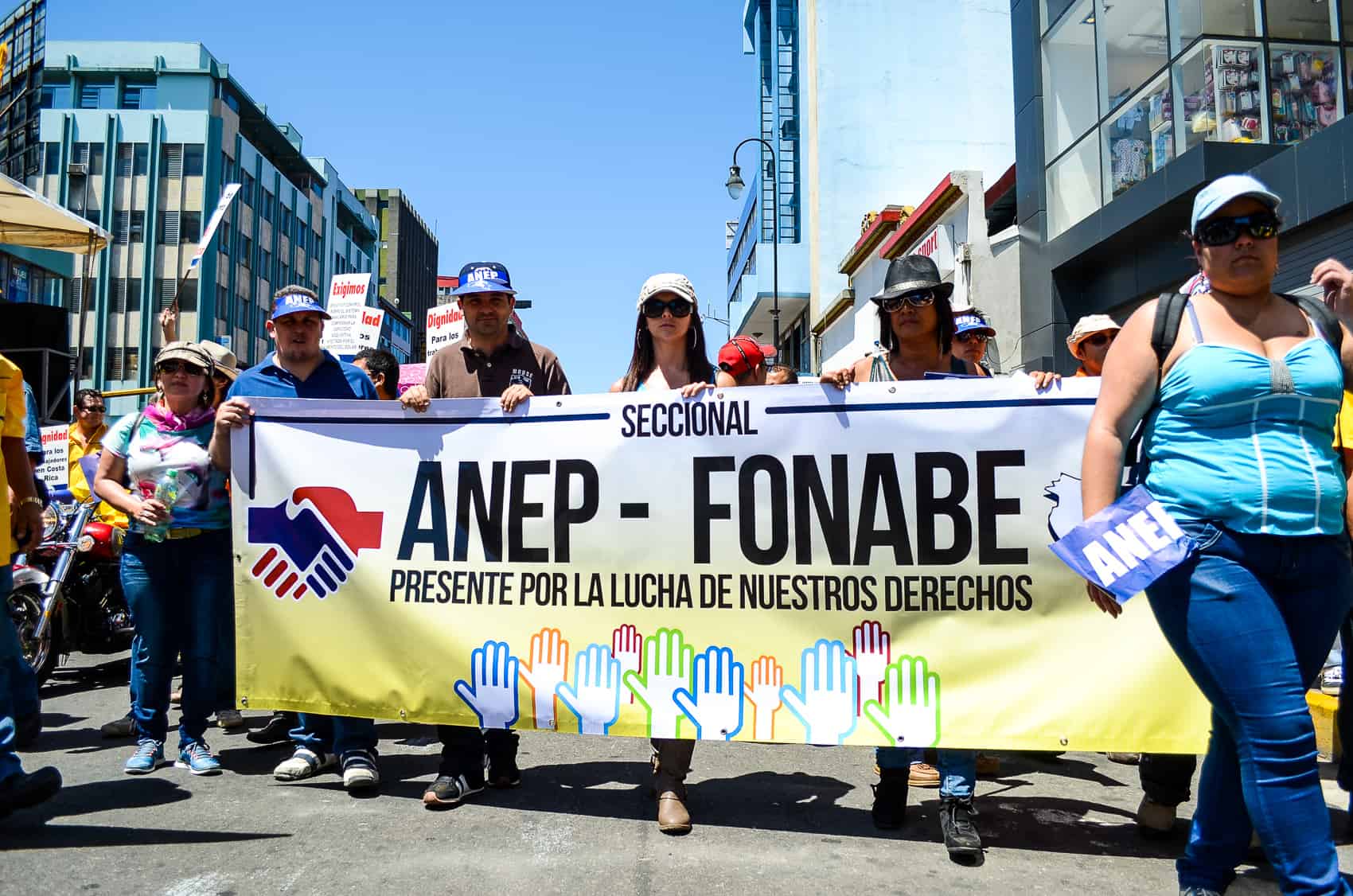 At least 15 public workers’ unions have called a large protest for Monday to oppose proposed budget cuts to public agencies and programs in 2015.

The secretary general of the National Association of Public and Private Employees (ANEP), Albino Vargas, said demonstrators will meet at San José’s Central Park at 8 a.m. on Monday, and then march to the Legislative Assembly. This likely will close parts of downtown San José to traffic for at least half a day. The two streets mostly affected are Second Avenue and Central Avenue.

Union leaders say they have confirmed the attendance of employees from several ministries, including agriculture and livestock, public security, finance and justice, and several agencies such as the Immigration Administration, Border Police, National Police and dock workers.

“We strongly oppose the government’s attempts to address the fiscal deficit problem by submitting the working class to major sacrifices. We declare our support of the public sector’s fight for decent working conditions,” a statement distributed by union leaders to members said.

Vargas said he expects to meet with lawmakers on the legislative Financial Affairs Commission to outline opposition to the proposed budget cuts. Vargas said those cuts “would not solve the country’s fiscal deficit.”

The Assembly’s commission on Thursday approved a proposal to reduce by ₡97 billion ($181.9 million) the 2015 national budget, proposed by President Luis Guillermo Solís’ administration. The budget would total ₡7.9 trillion ($14.8 billion) if approved.

Lawmakers also voted to postpone to 2020 the payment of ₡100 billion ($187 million) in government bonds due next year. The Finance Ministry will renegotiate terms with bondholders.

The national budget discussion now will move to the full Assembly where lawmakers must approve it in two separate rounds of debate no later than Nov. 30.

Union leaders oppose proposed cuts to education, public security, prisons and agencies such as the National Emergency Commission, the Child Welfare Office, the National Statistics and Census Institute, and others.