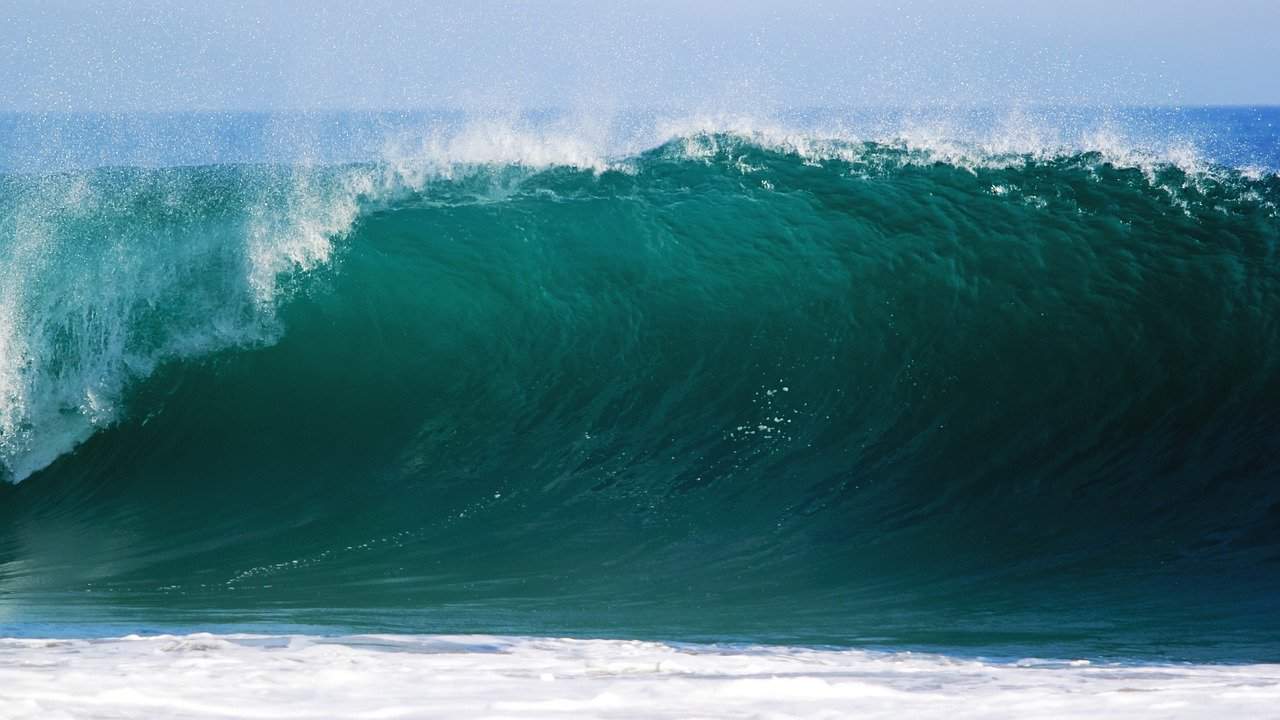 Doctors told Malu Mendes that she would never walk normally again, but now she is a world champion at riding waves. Miguel Almeida can barely see but has been able to sense the formation of waves since he was a child.

Like many Brazilians, both have managed to overcome their physical disabilities thanks to surfing.

They head to the beaches of Santos in mid-morning to enjoy the waves.

The waters here off the coast of Sao Paulo state are calm and there are few imposing giants to surf, but it is the passion for the sport that pushes them into the water.

“I feel free, it’s a great pleasure, an inexplicable sensation, there’s a great connection with nature,” said Mendes, 28, who suffers from cerebral palsy.

The cheerful blonde with an infectious smile heard from a young age that she would always have problems with mobility, let alone balancing on a board being carried by powerful waves.

“I can speak with all the authority in the world, surfing cures,” she said, beaming with pride.

Mendes, the daughter of surfer Paulo Kid, attends the Surf Adaptado (Adapted Surfing) school that was inaugurated two years ago and caters for children and adults with problems such as autism or Down’s Syndrome, as well as amputees or stroke victims.

Run by Francisco Arana, a Brazilian surfing great, the school has given free tuition to 280 people with disabilities.

“Surfing has an incredible power. You can do anything but you can’t be healthy without happiness,” said Arana.

“That’s our reason to exist, to create happiness through surfing.”

The 64-year-old, who began surfing in 1968, launched a regular surf school in 1991 but soon came across students with disabilities that meant they could not use regular surf boards.

So he created different boards. Some make sounds to help the blind while others have special velcro straps for paraplegics.

Demand increased so he opened the adapted surfing school.

“With surfing we managed a much better evolution than with other therapies. I think it is due to the contact with nature,” said Adriana de Souza, who has been giving classes to her autistic son Joao Vitor, 13, for the last seven years.

Initially, Joao Vitor was not very sociable and shied away from getting his hair wet.

Now he speaks more fluently and mixes with others.

“I love it, it’s incredible!” said Joao Victor, who was exempted from regular therapy by health care professionals to concentrate on surfing, the sea and the beach.

Hamilton Fernandes plunges into the seawater under the admiring gaze of his wife.

Four years ago, he suffered a stroke that affects the right side of his body and prevents him from climbing onto a board, something he fell in love with half a century ago.

Two years ago he got back in touch with Arana, an old comrade of the waves, and was soon out in the sea on an adapted board.

He says surfing has improved his mobility by 90 percent.

“I was in hospital and now I’m here, it’s another opportunity,” said the 63-year-old.

The athletic Almeida, 23, pushes the limits further from the shore than Joao Vitor and Fernandes.

He contracted toxoplasmosis when he was eight months old and quickly lost most of his sight: his left eye retains five percent vision and his right eye 10 percent.

From the age of five, and encouraged by his cousin — professional surfer Deivid Silva — he threw himself into the sea, gradually overcoming the ocean’s mighty challenges.

“I have great awareness. Without sight my hearing improved a lot. I can visualize the wave as it forms,” said Almeida.

He dreams of competing in the parasurf world championships in California in December.

“Many people don’t believe in people with disabilities, but through the school, we’re showing that disability can overcome anything.”

Costa Rica Mountain Bike Race: The Route of the Conquerors