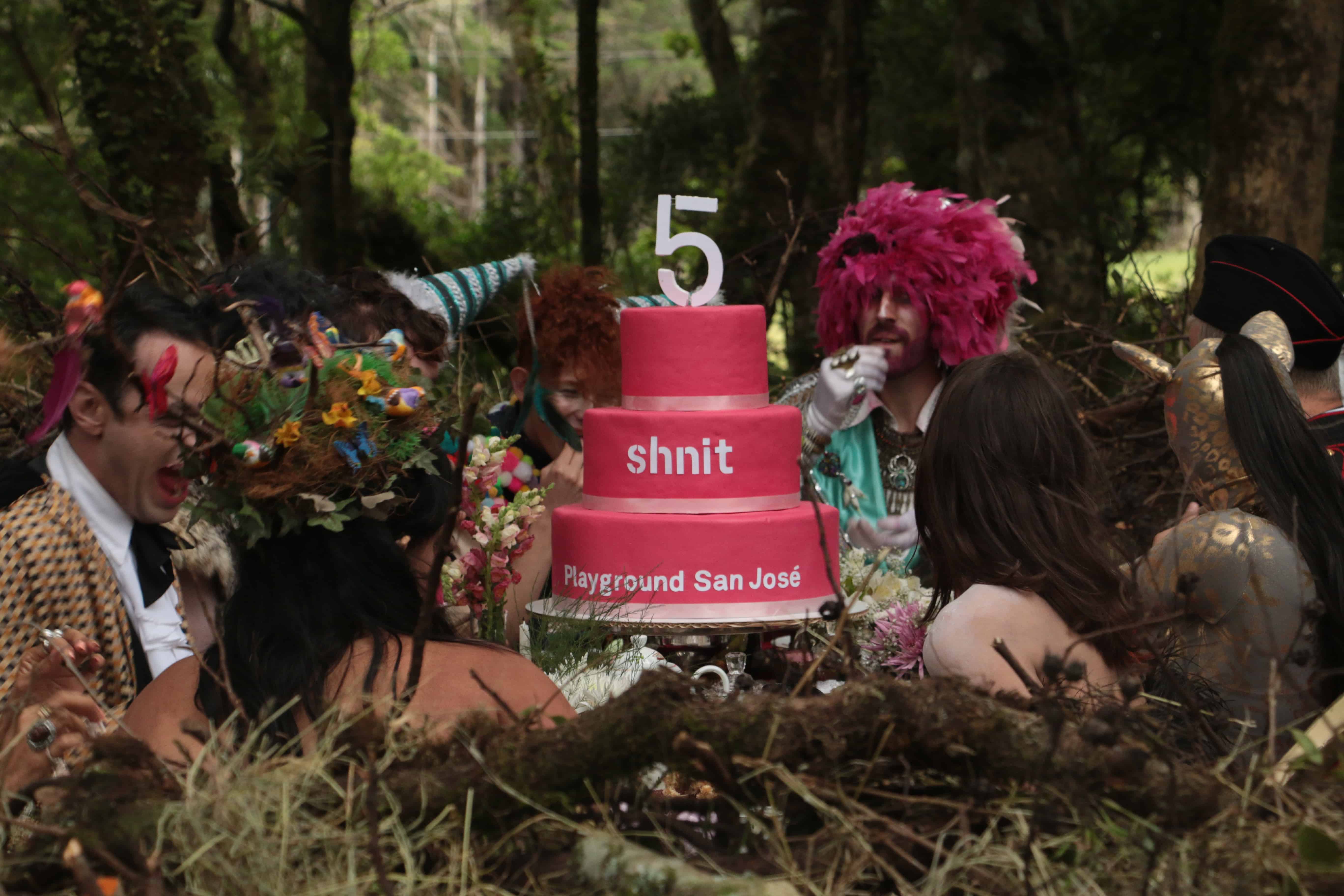 San José prepares to celebrate its fifth year as a Shortfilmfestival "playground." (Courtesy of deleFoco)

Film buffs, prepare yourselves: over the next week, as a wave of “shnit International Shortfilmfestival” events unfold in cities all over the world, San José will be the only host city in Central America, and will offer four days of the best short films from around the world.

The festivities kick off today Oct. 7 at 8 p.m. with an inauguration ceremony at Cine Magaly in eastern San José, followed by a party, and will continue with different events until Oct. 11 (check out the whole program here).

The Shortfilmfestival started 13 years ago in Bern, Switzerland, and has since spread to other cities. The festival will be held simultaneously in this year’s chosen cities, or “playgrounds,” which are: Buenos Aires (Argentina), Moscow (Russia), Cape Town (South Africa), Bangkok (Thailand), Cairo (Egypt), Kyoto (Japan), and San José, which became a shnit playground in 2011. Here, activities are organized by the deleFoco Audiovisual Group. The 12 days of the international program include five during which films are presented at the eight “playgrounds,” five during which a selection of the best films are screened at movie theaters around the globe, and a final two days when the winners of the festival are presented at the “Grand Finale” in New York.

“What I think is the value of Costa Rica being part of the shnit is that it is another window for national production, not only for people here to watch short films from all around the world, but also for people in other countries to watch Costa Rican short films,” Villalobos said.

In the San José iteration, a national category, “Made in Costa Rica,” will feature twelve Costa Rican films that will compete for the people’s choice award and a jury’s choice award. The fim selected by the jury will represent Costa Rica at next’s year International Playground Favorites. The jury is made up of directors Alexandra Latishev and Iván Porras, and photography director Fernando Montero. Among the short films selected are “La Cacería,” by Erick Pérez; “Pique Tico,” by Pablo Solís; “Zafiro,” by Andre Robert; and “Por Delante,” by Jorge M. Rodrigo.

In addition to screenings, the festiva will offer parties and workshops for attendants: today’s inaugural party will be held at El Observatorio, across from Cine Magaly, and the same location will host the second party on Oct. 9 honoring national talent after the “Made in Costa Rica” presentation. The official party to mark the end of the San José festivities will take place at the Hoxton, in San Pedro.

Participants will also have the opportunity to learn about audiovisuals with two workshops, “From the idea to the script” with Ariel Escalante y Gustavo Fallas, in Oct. 8 at 9 a.m., and “Implementation of ‘After Effects’ in audiovisuals” with Sergio Castro, Oct. 9 at 9 a.m. There will also be a lecture, “The post-production secrets of ‘Adobe’,” with professor Leonardo Fallas, Oct. 8 at 2 p.m. Both workshops and the talk will be held at Veritas University in southeastern San José. Both workshops and the talk are free activities, but require registration before the event.

Find more information about the festival and workshops at the shnit Website, or call 2224-4696.