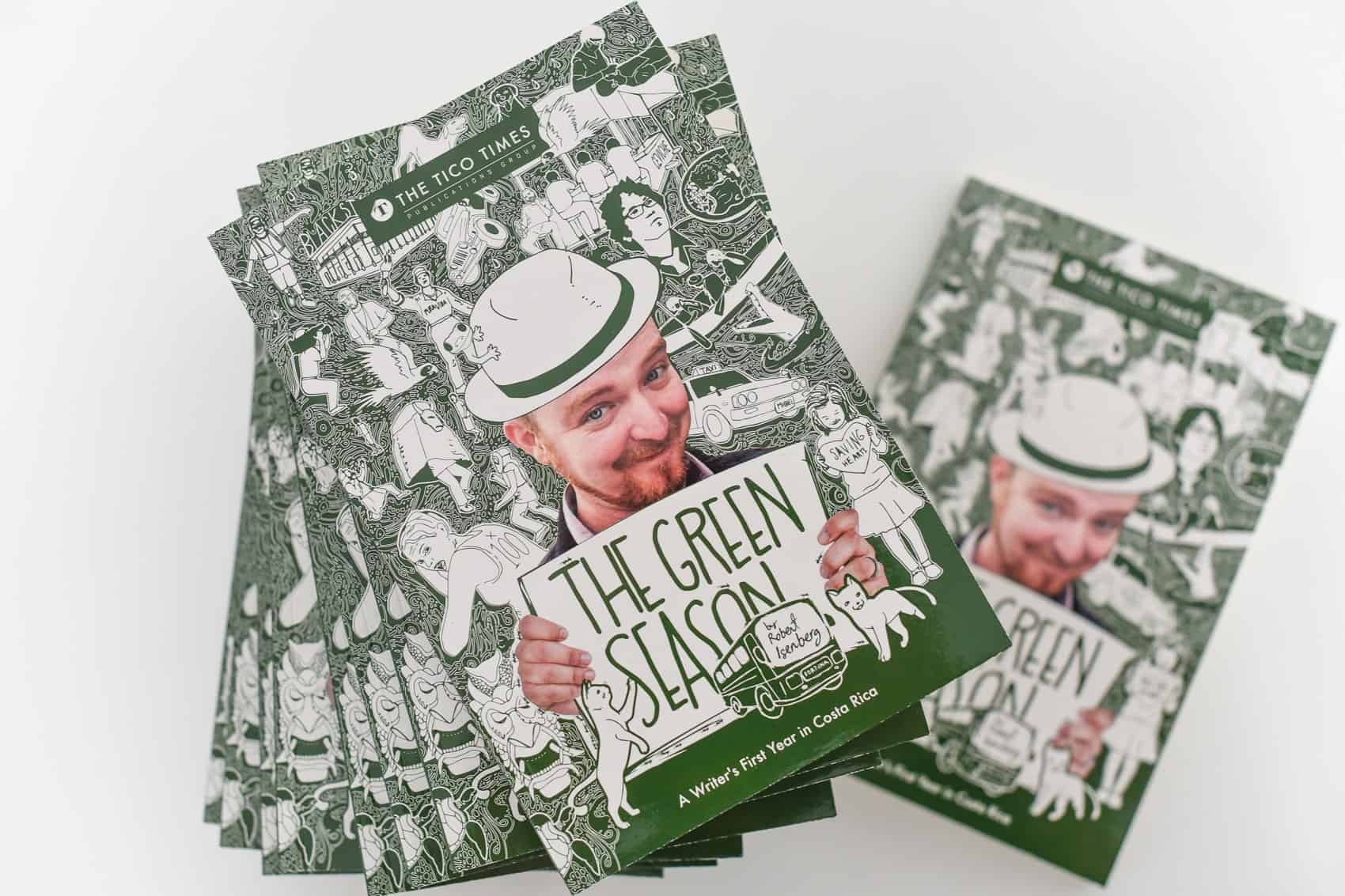 It is not uncommon for Americans to take out their life savings, pack their bags, crate up their pets and fly off to a comfortable expat life in Costa Rica. What is far less common is for a young, very gifted actor and writer to do it. But I, for one, am glad that Robert Isenberg, his wife Kylan and their two cats decided to make the move.

In a world of fast travel where almost every remote area of the globe is accessible, how do you write a unique travel book? Robert Isenberg, I believe, has the answer. A delectable combination of Bill Bryson, Paul Theroux and a latter-day Samuel Pepys all rolled into one, Isenberg captures the humor in Costa Rica’s checkered history and its social mores with a childlike enthusiasm and a persistent curiosity. Even the most mundane situation will fascinate, amuse or intrigue him.

Isenberg offers the reader a kaleidoscopic view of Costa Rica. He takes them on unusual museum visits, participates in drunken carnivals, tears down the dusty veneers of once-proud cities like Puerto Limón, speaks to young women who have been physically abused and, like most U.S. youths who visit Costa Rica, takes the required surfing lessons. From cheap dental care to local culinary treats, from life among the indigenous peoples to a guide on how to survive the rainy season, all fall prey to Isenberg’s keen observation and wit.

In another era, Isenberg would have been striding the Hindu Kush as a solo adventurer on the Great Game, perhaps; or, like Lawrence of Arabia, following a Bedouin tribe in the Sahara; or, like my hero, William Dampier, setting off across the “flat” horizon to chronicle the discoveries of uncharted lands. And we would have seen all these things through his eyes, been thoroughly bewitched by them and even tempted to follow in his footsteps. At the same time, Isenberg is very much a writer of today. He visits places that many of us are familiar with, but uncovers secrets, stories and anecdotes about them that most of us would ignore, overlook or miss entirely.

On one page Isenberg describes himself as “oppressively pleasant,” and that is probably his secret weapon. In a lifetime of writing about people, I, too, have discovered that being nice, attentive and sympathetic encourages people to open up and tell you their life story. Isenberg has this knack in spades. Instead of fobbing him off, dismissing him as an interloper or immediately classifying him as an over-inquisitive Gringo, people sit down with him, share an Imperial beer and tell him all he needs to know. This is Isenberg’s great gift. He is “oppressively pleasant” and it works in his and the readers’ favor. Like my heroine, Gertrude Bell, Isenberg is obviously just as “comfortable sitting in a Palace with Kings as he is squatting with nomads in a tent in the desert.”

Isenberg takes us behind the scenes of everyday life. No matter how mundane, he takes time to peep under the veneer. Even a ride in a local bus becomes an adventure with him. When he puts pen to paper, a humdrum trip metamorphoses into one of life’s more delightful adventures. The ritual of paying the fare, so familiar to all Costa Ricans but so bewildering to the visitor, becomes a dance of the absurd to the author.

And Costa Rica’s many second-hand car dealers don’t escape Isenberg’s attention. As many of us will have found out, trying to buy a second-hand car in the country is fraught with dangers. But, again, with almost Pythonesque humor, he perfectly illustrates the absurdity of the situation.

“How do you like it?” Sergio (the car salesman) demanded.

“Why is there a tarp?” asked Kylan.

“Oh,” Serge said, lifting the plastic out of the way, “Because of this.”

‘This’ was a massive concussion in the side of the Jeep. ‘This’ was a bent chassis and two missing doors. ‘This’ was a car that had clearly been T-boned at an intersection. ‘This’ was damage so serious we would have to spend thousands of dollars before we could even drive it home.

“What do you think?” asked Sergio.

“There aren’t any doors,” said Kylan.

“The Green Season” is not a continuous narrative but rather episodic, a series of articles carefully threaded together. But this, I find, is part of its charm. It makes it easy for the reader to dip in and out at will, perfect for those with busy lives who don’t have the luxury of reading an entire book in one sitting.

For anyone visiting Costa Rica for the first time, or even for those who feel they already know it intimately, this book is a revelation and should be read by all.

Caroline Kennedy is co-author of “An Affair of State” and “How the English Establishment Framed Stephen Ward,” and contributing author to “Conflict and Catastrophe Medicine – A Practical Guide.” She can be reached at carolinekennedy17@gmail.com.