Costa Rica included in list of most dangerous countries for environmentalists 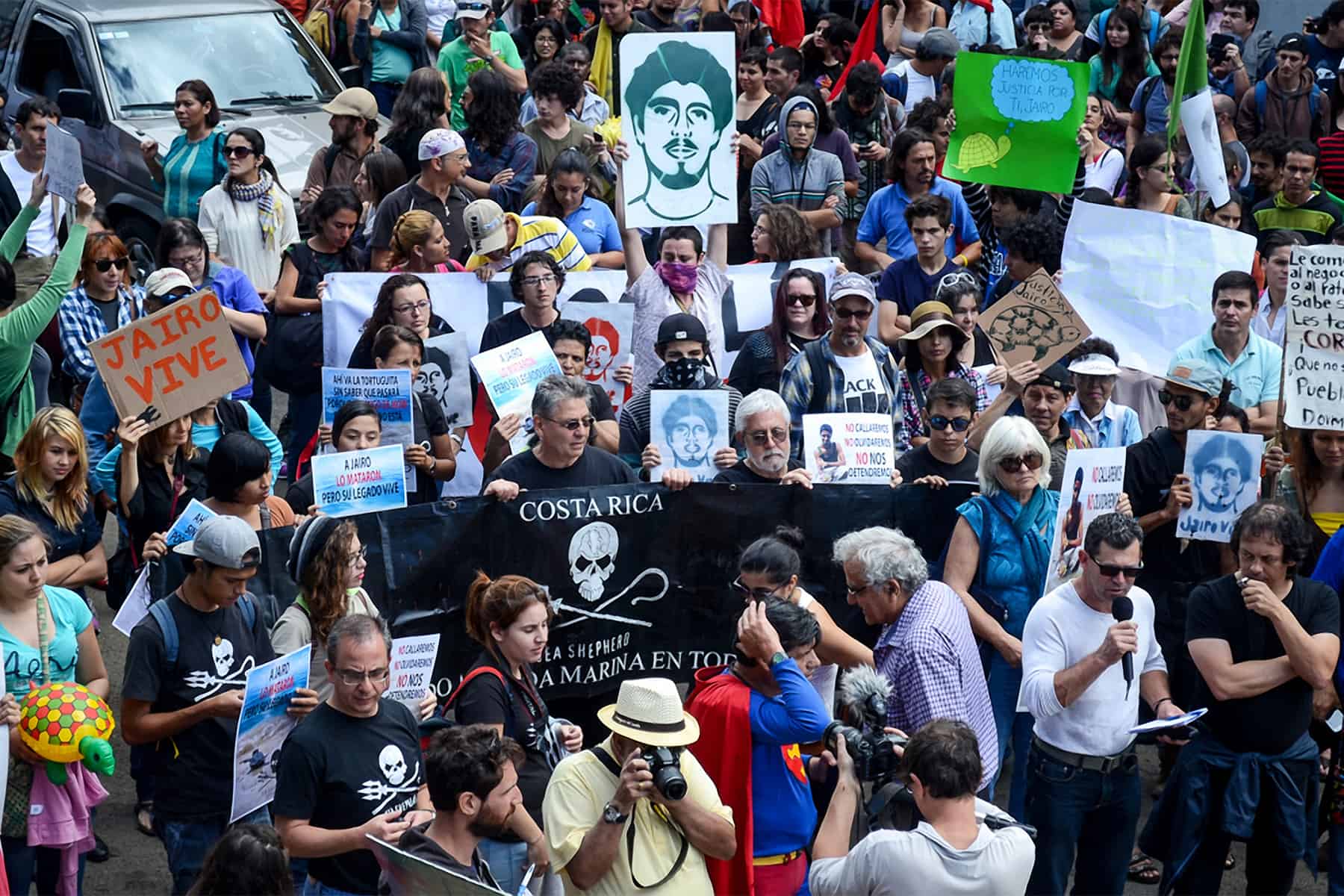 A mass of protesters on January 29, 2015 stand in front of the Legislative Assembly to ask for justice after seven men were acquitted of murdering Costa Rica sea turtle conservationist Jairo Mora. (Alberto Font/The Tico Times)

The deaths of Tico environmentalists Jairo Mora Sandoval and Diego Saborío González have earned Costa Rica a spot on the list of most dangerous countries for environmental activists. The list is compiled each year by U.K.-based non profit Global Witness, which keeps tabs on environmental conflicts worldwide.

The group found a 20 percent increase in killings of environmentalists last year. A total of 116 activists were murdered in 2014 in 17 countries — nine of them in Latin America.

Brazil topped the list as the most dangerous country for environmental activists, with 29 murders — the vast majority of them indigenous people.

Colombia was second with 25 murders, followed by the Philippines with 15, Honduras with 12, Peru with 9 and Guatemala with 5.

Per capita, Honduras is currently the most dangerous country for activists, with a total of 101 deaths between 2010 and 2014 in a country of 8 million people.

The most recent list is part of the Global Witness’ yearly report “How Many More?” released Monday.

In 2014 two environmentalists were killed each week somewhere in the world, the group found. Most of them were shot by police during protests or gunned down by hired assassins.

Read all The Tico Times coverage of Jairo Mora’s murder

Forty percent of all victims were indigenous, with most of them dying amid disputes over hydropower, mining and agrobusiness.

Global Witness estimates the real death toll of environmental activists to be much higher.

“Many of the murders we know about occurred in remote villages or deep within the jungle, where communities lack access to communications and the media,” the report states.

A criminal court in January acquitted seven men of the murder of 26-year-old sea turtle conservationist Jairo Mora, citing reasonable doubt, discarded evidence and an ineffective investigation. Mora was killed at Moín Beach on May 31, 2013.

Diego Saborío, a 28-year-old law student, was shot dead and then burned inside his house on October 12, 2014 by a man who used to enter Saborío’s farm to hunt.