Delays and blunders: A timeline of the Jairo Mora murder trial in Costa Rica 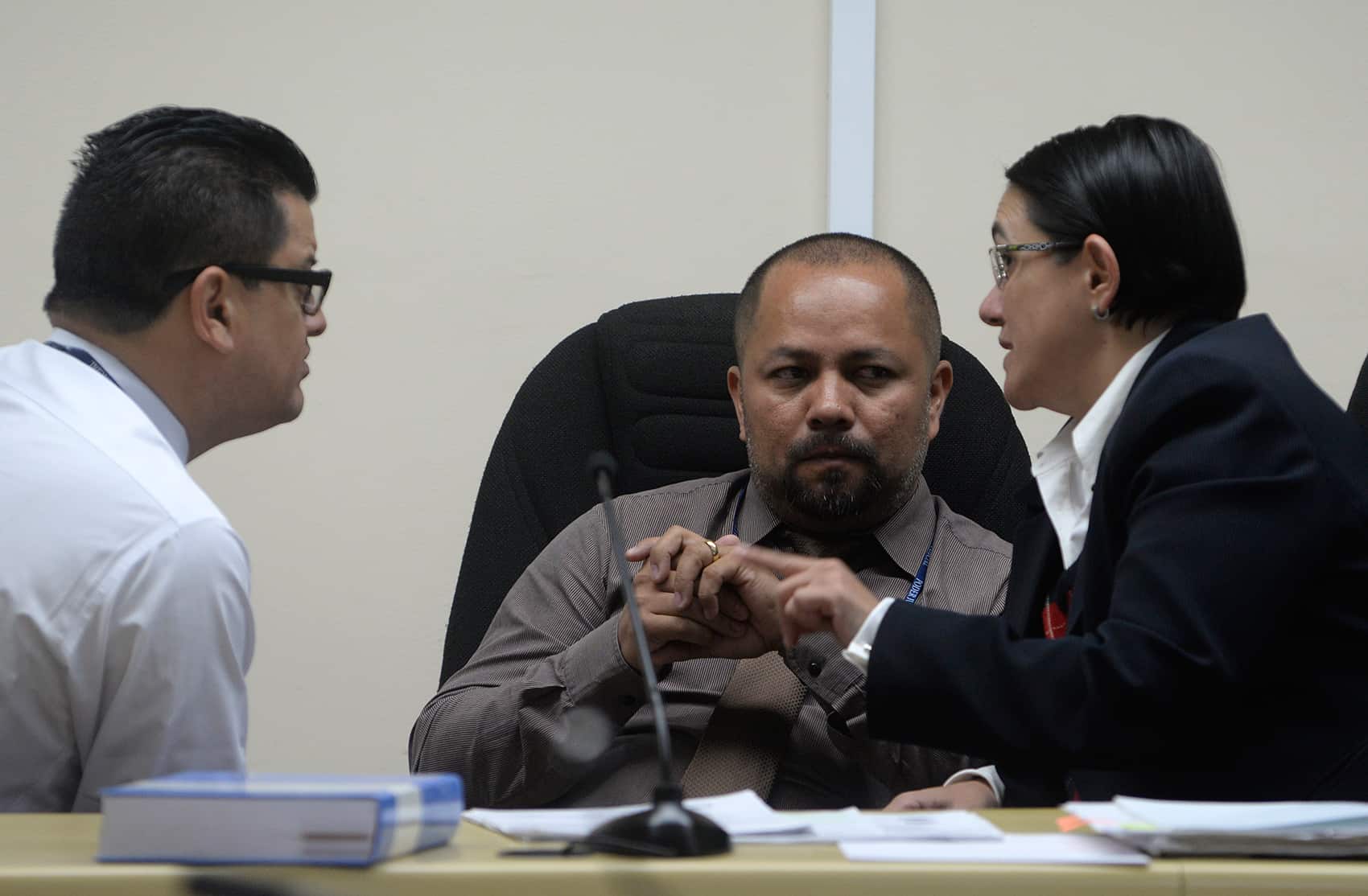 Monday morning, a court in the Caribbean coastal city of Limón acquitted seven men accused of the murder of 26-year-old Costa Rican sea turtle conservationist Jairo Mora. The trial’s three-judge panel said there was too much reasonable doubt in the case to convict, and in their post-trial explanation, judges blasted the Prosecutor’s Office and Judicial Investigation Police (OIJ) for shamefully botching the investigation and trial proceedings.

From its outset, the Jairo Mora murder trial – perhaps one of the most globally monitored Costa Rican trials in recent history – was fraught with egregious delays and mistakes. Here is a timeline of the errors and mishaps that – in the judges’ own words – left no other choice but a not-guilty verdict for all seven defendants.

Keep in mind the case is far from over, and a lengthy appeals process is expected. The defendants could be retried, although given warnings by the judges in this case, that could be a long shot. Costa Rican lawmakers and environmentalists say they plan to take action to hold both directors of the Prosecutor’s Office and the OIJ accountable for the mess-up, which already has stained Costa Rica’s carefully crafted eco-friendly reputation. The case also has done nothing but harm to the public perception of the country’s judicial system, which already had been criticized as weak and incompetent.

For an in-depth look at the investigation, see our story, “Why Jairo died,” published in September 2013. There you can read for yourself whether or not the cops caught the right men.

#JairoMora graffiti outside of the Limón court where seven men were absolved for the environmentalist's murder pic.twitter.com/nCfx6uDbHf

A timeline of failure:

Oct. 27, 2014, DELAY: The criminal court in the coastal city of Limón – not far from where Jairo Mora was murdered in May 2013 – convenes for trial, but defendant Ernesto Centeno does not appear, citing an illness. However, no one in the court seems to know what illness he has, or how severe it is. After two days, the court establishes that Centeno has chicken pox and delays the trial’s opening by one week.

Nov. 7, 2014, EXCLUDED EVIDENCE: The court hears testimony from a protected witness as well as recorded testimony from the four foreign volunteers – three from the U.S., one from Spain – who were kidnapped along with Mora on the night of his murder. Judges block one of the victims, a Spanish veterinarian, from testifying in court because they already had a recorded statement from the witness taken shortly after the murder. However, there is confusion over exactly why this action was taken, and defense attorneys would later use it to claim the witnesses were unable to identify the suspects in court.

Nov. 24, 2014: Defendants allegedly attack a courthouse guard in what is portrayed as a possible escape attempt.

Nov. 25, 2014, DELAY: A scheduling conflict with defense attorneys causes a week-long delay of testimony by Mora’s mother, Fernanda Sandoval. Sandoval and Mora’s father, Rafael Mora, eventually became so disheartened by continuous delays that they petitioned the court to speed up the process. The couple, who are of limited financial means, had been required to be present in court almost every day since the trial’s start, entailing a three-hour trip each way from their small plot of land in Gandoca to the courthouse in Limón. By the end of the trial, the two were visibly exhausted, both emotionally and physically. Now, they will face a lengthy appeals process. Dec. 3, 2014, MISPLACED EVIDENCE: A master disc containing recordings of telephone conversations between the defendants allegedly discussing Mora’s murder – which we reported on in our September 2013 investigation – are “misplaced” and can’t be presented at trial. The disc was never found, but backups of the recordings were burned to a new disk. Locating the files delayed the trial by two days.

Dec. 5, 2014, MISSED DEADLINE: The trial was originally scheduled to end by Dec. 5, but judges are forced to extend proceedings because of the delays. They set a new deadline for Jan. 16.

Dec. 16-17, 2014, DELAY: Rodrigo Araya, the attorney representing Jairo Mora’s family who argued the family’s civil case, misses court due to an illness and a pre-scheduled vacation.

Jan. 8, 2015, DELAY: Trial resumes following holiday recess. Mora’s family petitions the court to speed up the trial, but their complaint is denied, and Araya is dismissed from the proceedings due to several absences. The court postpones arguments for one day.

Jan. 9, 2015,  LOST EVIDENCE: Prosecutors present physical evidence to the court, but a bag supposedly containing three bottles of cologne comes out of the evidence room with only one bottle. The cologne was used during the investigation to identify one of the suspects, Donald Salmón. Without the rest of the cologne confiscated and logged during the investigation, judges rule the evidence as inadmissible.

Jan. 13, 2015, EXCLUDED EVIDENCE: The court tosses a disc containing audio of telephone conversations because prosecutors failed to officially enter it as evidence at the beginning of the trial. Judges also rule inadmissible another disc and transcripts of the conversations because a preliminary court judge failed to filter out impertinent conversations, which violates the right to privacy of the defendants and others with whom they had conversations.

Jan. 16, 2015, MISSED DEADLINE: Judges extend the trial indefinitely until a verdict is reached. A crime scene photo obtained by The Tico Times in September 2013 shows marks in the sand where conservationist Jairo Mora was dragged behind a car, suffocating him. The Tico Times

Jan. 19, 2015, EXCLUDED EVIDENCE: Judges throw out the Judicial Investigation Police’s (OIJ) telecommunications investigation. The telephone evidence used cellphone towers to geolocate the suspects at the crime scene at the time of Mora’s murder and was seen as the crux of the investigation. Judges said that aspect of the investigation was never submitted for judicial review, and the OIJ failed to prove the suspects were physically in possession of the phones at the time of the crime. “How many of us have cellphones that we loan out to one, two, three people?” one of the judges asked.

Jan. 22, 2015: The defense team delivers closing arguments and points out that prosecutors failed to identify the defendants as the perpetrators of the crime. The defense also calls the testimony of several of the prosecutors’ witnesses “unreliable,” and again argues that they were unable to recognize the suspects before the court. As an example, one OIJ agent testified that Mora had been dragged up to a kilometer behind the perpetrators’ car on the beach, but crime scene photos showed he was dragged only 20 meters.

Jan. 26, 2015: Judges deliver a not-guilty verdict for all seven defendants (although four were convicted in a separate crime on the same beach), stating that too much reasonable doubt existed to convict. In her closing explanation, a visibly angry Judge Yolanda Alvarado admonished prosecutors and the OIJ, citing fundamental and troubling problems with the investigation and the prosecution’s presentation as the key reasons they could not reach a guilty verdict.