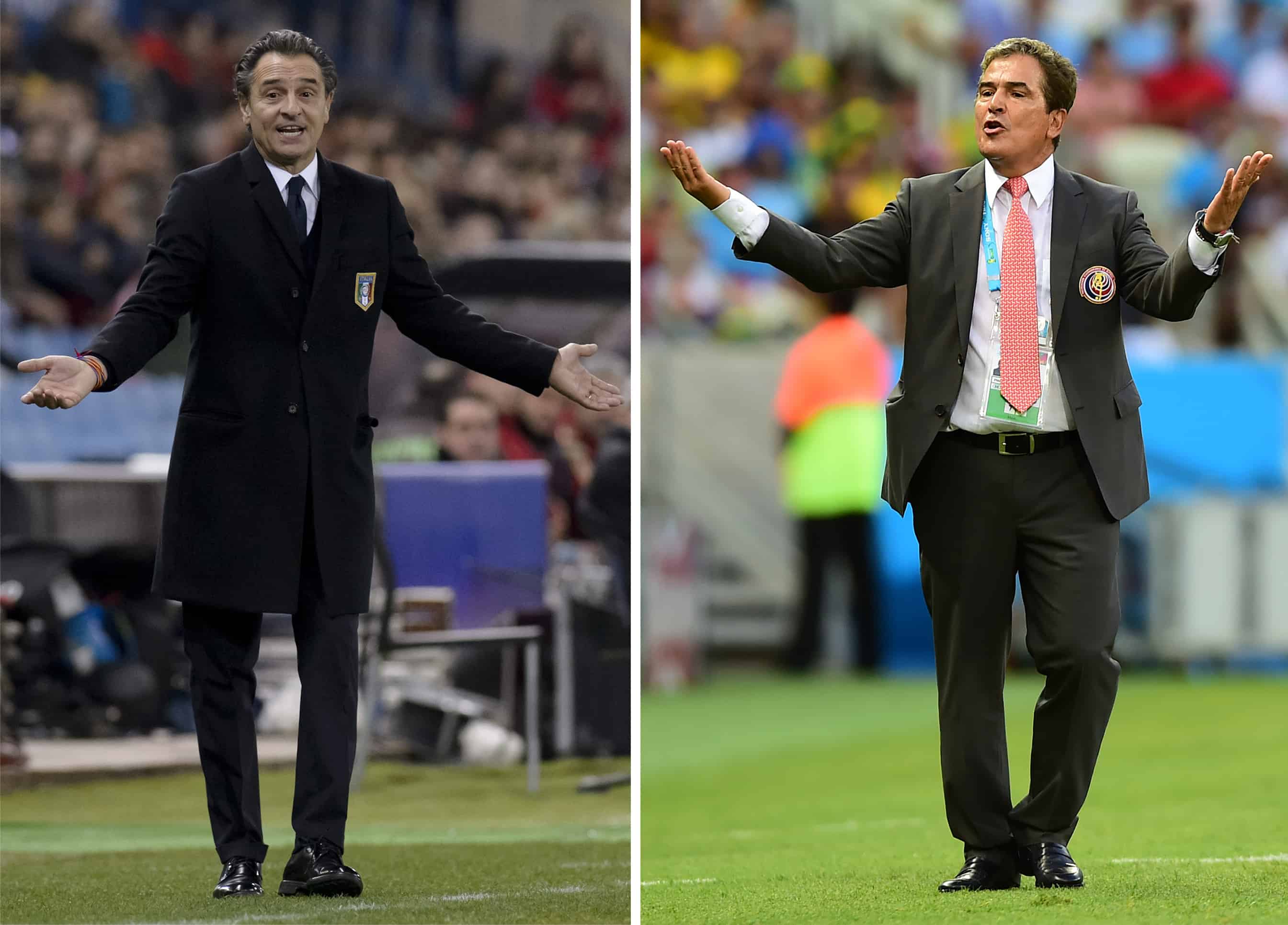 UPDATE: Costa Rica did it the easy way. The Ticos beat Italy, 1-0, on Friday. Costa Rica is in the knockout round for only the second time ever, matching the success of the 1990 team.

La Sele, thanks to its six points and large goal differential advantage, likely will top Group D and face the second place team in Group C on Sunday at 2 p.m.

Before that Costa Rica will play England on Tuesday at 10 a.m. That match is almost meaningless, with England eliminated following Costa Rica’s win and La Sele needing to suffer a huge collapse to not claim the top spot in Group D

Costa Rica has Uruguay’s star striker Luis Suárez to thank for the team’s good fortune. After sitting out the Costa Rica match (due to a knee injury), he scored both goals in Uruguay’s 2-1 victory over England on Thursday. That victory has the Ticos sitting pretty atop Group D heading into the Italy match and for the final group stage matches next week.

Here’s how a win, draw or loss against Italy and England would affect Costa Rica:

IF COSTA RICA BEATS ITALY: Costa Rica advances. This almost guarantees the Ticos the top spot in the group, thanks to their large advantage in both points and goal differential.

The Ticos likely would win the group even with a loss to England, thanks to holding several tiebreaker* advantages over Italy and Uruguay.

IF COSTA RICA DRAWS ITALY AND BEATS/TIES ENGLAND: A tie with Italy and a win against England obviously puts Costa Rica through. The Ticos would win the group, too, if they maintain their tiebreaker advantages over Italy.

If Costa Rica ties its final two matches, the Ticos would advance to the second round. Whether Costa Rica wins the group would depend on the result of Italy-Uruguay.

A tie against Italy eliminates England, likely demoralizing the English for its final match against Costa Rica.

IF COSTA RICA DRAWS ITALY AND LOSES TO ENGLAND: Costa Rica still would qualify in this situation as long as Italy beats Uruguay.

There’s also a possibility of Costa Rica tying in goal differential with the second place team in the group. Then everything gets really complicated, and possibly the team that advances could come down to a coin flip*. We won’t get into that here, since it’s an extremely unlikely scenario.

IF COSTA RICA LOSES TO ITALY AND BEATS ENGLAND:  Costa Rica advances as long as Italy defeats or ties Uruguay. La Sele would finish second in the group.

A three-way tie at the top of Group D is possible if Uruguay beats Italy in this situation. But Costa Rica likely would advance in this situation too, almost certainly maintaining a tiebreaker over either Uruguay or Italy.

If Uruguay and Italy tie, Costa Rica advances as long as La Sele maintains its tiebreaker advantage over Uruguay.

If Uruguay beats Italy, Costa Rica would be eliminated in this situation.

IF COSTA RICA LOSES TO ITALY AND LOSES TO ENGLAND: Costa Rica could still advance! With Uruguay’s defeat of England, Costa Rica could qualify even if La Sele lost its final two matches. First Italy would have to beat Uruguay, then Costa Rica must maintain its tiebreaker advantage over England and Uruguay in the three-way tie for second place.

A team with only three points last qualified for the knockout round in 1998 (Chile thanks to three draws).

Of course, La Sele doesn’t have to worry about any of that if the team can just beat the Italians.