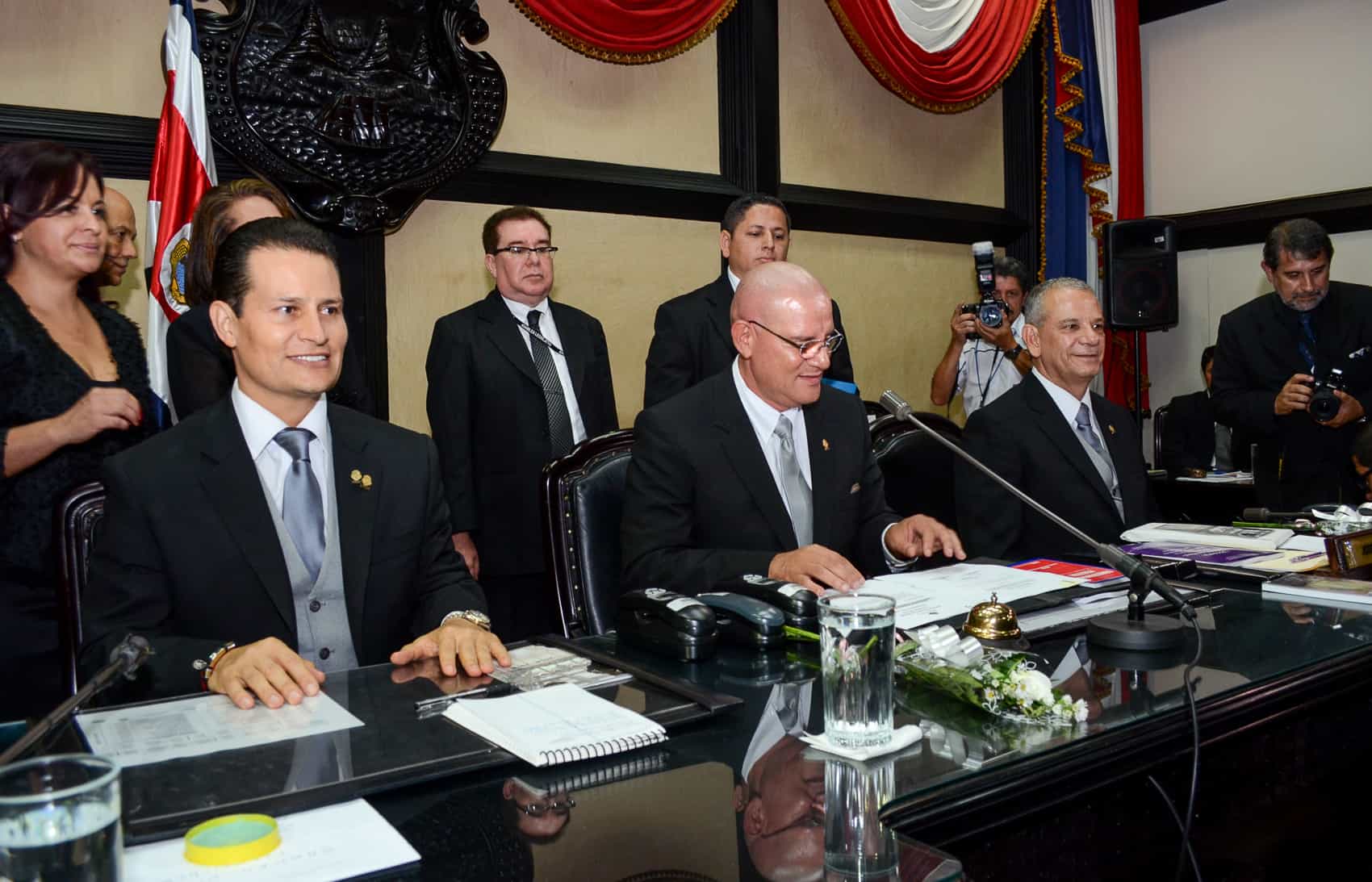 The bill recommends that lawmakers receive the same salary increases approved by the National Wage Council for all other public employees.

New lawmakers, who took office on May 1, already will receive higher salaries than their predecessors, which as of this month will be ₡3.7 million ($7,000) per month. The next automatic increase is in November and would total ₡3.9 million ($7,500).

“We believe that our country’s finances are exploding, and we have a fiscal deficit that, according to projections by the Central Bank, could exceed 10 percent this year,” Jiménez said on Thursday morning.

The bill could be put up for discussion by the full Assembly as early as next Wednesday, the beginning of the ordinary period of legislative sessions. Lawmakers are expected to spend at least the first two days of next week discussing outgoing President Laura Chinchilla’s last State of the Nation, to be delivered on Thursday evening. Chinchilla leaves office on May 8.

If approved, the bill would enter into force when published in the official newspaper La Gaceta. That would mean lawmakers’ next wage increase would be the same as other public-sector workers, which was passed by executive decree earlier this year. Public salary increases are discussed every six months by the National Wage Council.

In addition to monthly salaries, the Legislative Assembly provides each lawmaker with 500 liters of free gasoline per month and ₡161,000 ($300) for monthly office and cellphone bills.

Taxpayers also pay the salaries of up to five advisers for each lawmaker and other expenses including snacks and drinks served during daily sessions, meetings and social gatherings.

The bill submitted by Jiménez contrasts with a proposal by previous PLN lawmakers in 2010, which sought a salary increase from ₡2.5 million to ₡4.3 million. That proposal, which was widely criticized by taxpayers, was not approved.