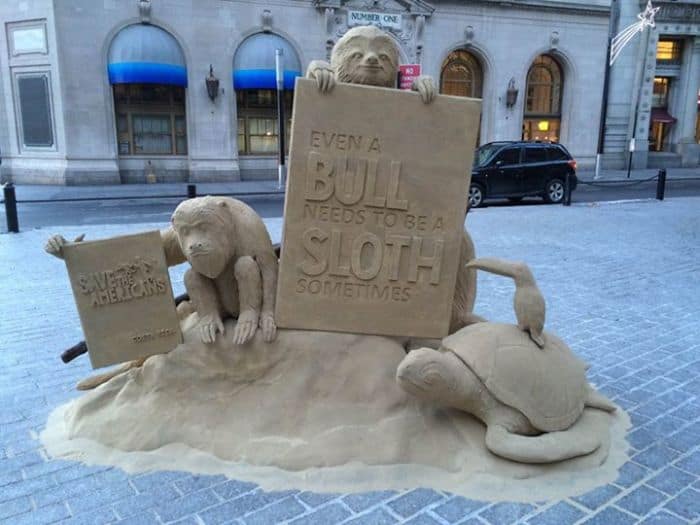 The Costa Rican Tourism Board’s latest campaign, “Save The Americans,” has reached Wall Street. This sand sculpture, which features such Costa Rican personalities as the howler monkey, sloth, and sea turtle, appeared in the heart of the United States’s financial world. The campaign is predicated on the idea that many North Americans are overworked, don’t use their vacation time, and could certainly use some R and R in a tropical clime. I tend to agree. If you need more convincing, take a look at the video that accompanies the campaign:

What do you think about this campaign? Does it speak to you as a potential traveler?