What are the 5 most Visited National Parks in Costa Rica? 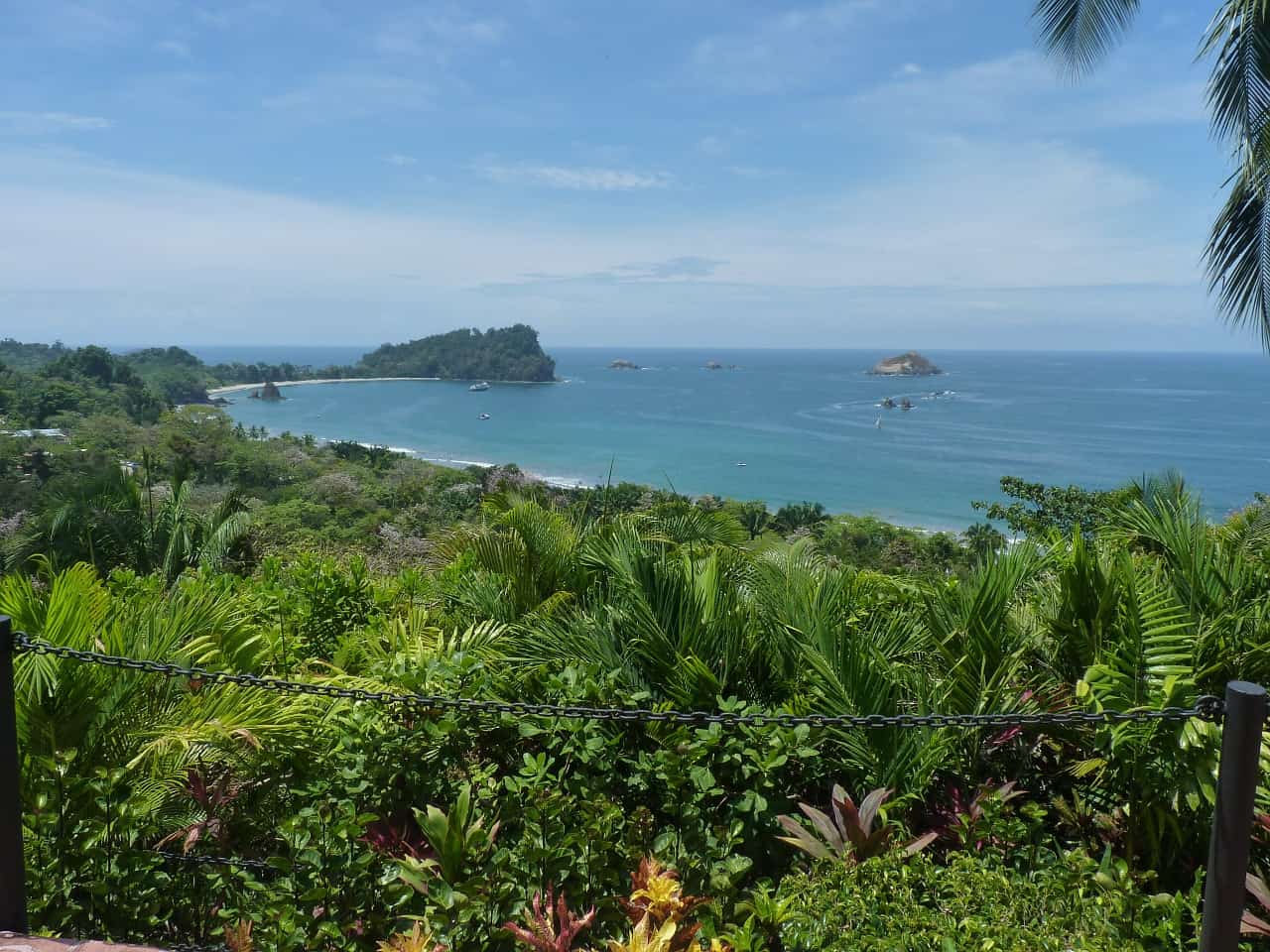 Costa Rica’s national parks are one of the country’s most impressive legacies. More than one-quarter of this small country’s land is protected. Their trees, flowers, vines and critters — are among the most iconic representations of Costa Rica.

The national park system was created in 1984. The country’s national parks, wildlife refuges and other protected areas make up the National System of Conservation Areas (SINAC), a branch of the Environment Ministry.

According to the Costa Rica Tourism board, the 5 most visited National Parks in Costa Rica this year are:

Located in Pacific Coast, Manuel Antonio National Park lures travelers to its beautiful beaches and tropical shoreline. The area is characterized by dense vegetation, which spills onto the beaches’ clean sand, offering a rejuvenating swim for visitors. With annual temperatures ranging in the 70s, the beaches of Manuel Antonio make for a pleasant stop year round. Another major attraction at Manuel Antonio is its rainforest, home to several unique species of flora and fauna.

In fact, Manuel Antonio is the perfect place to encounter white-faced and squirrel monkeys, as well as a variety of birds and sloths. Iguanas, pelicans, frogs, butterflies and crabs are just a few more creatures that can be appreciated during a visit to its hiking trails.

Because of the delicate biodiversity that inhabits Manuel Antonio, several measures and guidelines are strictly enforced to help protect and preserve the area including the prohibition of shore and sports fishing and turtle watching at El Rey beach, among others.

Located 30 minutes from San Jose in the Alajuela province, Poás (rising up to 8,885 feet) is one of the country’s largest and most active volcanoes providing visitors with jaw-dropping views. The volcano contains one of the most acidic lakes on Earth, Laguna Caliente, which often changes color in a matter of hours, ranging from emerald to grey-white. One of the volcano’s dormant craters has transformed into the cool-water, jade-colored Laguna Botos, which is surrounded by a breathtaking cloud forest.

The park’s protected wildlife area ranges from 4,000 to 8,860 feet above sea level, at its highest point. Its 16,000 acres protect several species of flora and fauna, as well as an important water resource. Travelers visiting Poás can enjoy sightings of 79 species of birds that have been identified inside the protected zone including the quetzal, emerald toucanet, black guan, sparrow, hummingbird and robin. Few large mammals are found inside the park, however, smaller, less conspicuous critters such as marmots, coyotes, rabbits, squirrels, snakes, frogs and a plethora of insects are present.

Also found at the park are uni que plant species like “Sombrilla del pobre” which translates to “the poor man’s umbrella.” The plant, which only grow in humid climates like that of the Poás National Park, has leaves that grow in a circle with a diameter of up to six feet. It is the perfect place to get some quick shade or take a selfie surrounded by nature.

Just a short 1.5 hour drive from San Jose in the Cartago province is the Irazú Volcano, the country’s highest volcano, standing 11,260 feet high, located within Irazú National Park. The volcano has several craters, two of which are the principal attractions. The larger of the two delves 900 feet deep, as steam rises up into the air giving visitors at nearby viewing stations an amazing sight to behold. The smaller crater, Diego de la Haya, which dips below the surface 300 feet.

The landscape of Irazú Volcano National Park flourishes on 5,705 acres of immaculate mountain forest, mainly comprised of primary, secondary and cloud forest. At the summit, travelers can enjoy amazing views of the Atlantic and Pacific oceans on a clear day. Although wildlife is often difficult to see because of the constant volcanic activity, many small animals make their home within the park’s perimeters including coyotes, squirrels, rabbits, owls and woodpeckers.

Named after the humpback whales that migrate to the park in mid-July and October, and again in December through March, the Marino Ballena National Park is located in the South Pacific coast at the footsteps of the community of Uvita – Bahia Ballena, in the province of Puntarenas, Osa, Costa Rica.

Established in 1990, Marino Ballena’s is one of the country’s newest national parks and is committed to the conservation of the rich marine ecosystems found within its boundaries. In fact, the park contains some of the largest coral formations on the Pacific side of Central America.

One of the park’s biggest attractions is “El paso de Moises” translated to the “Passage of Moses” in English. This phenomenon happens at low-tide when the water gets so low it creates a passageway like the one from the Biblical story. For years, scientists and visitors alike have been captivated by this unique sight.

At the north end of the park is Uvita, a small community with gorgeous beaches and incredibly clear-blue water. Playa Uvita is a good place for horseback riding, swimming or just walking on its sandy beach. The beach is located in the protected area of the park and fishing of the marine life is strictly prohibited. Snorkeling and scuba diving are favorite activities as are visits to the mangroves where green marine iguanas, olive ridley and hawksbill turtles gather.

Tortuguero (turtle catcher) National Park is located in the Limon province of Costa Rica. Created to protect the endangered baula, carey, cahuama, green and lora turtles that spawn on the country’s Caribbean Coast from July to October, the park is one of Costa Rica’s most important conservation sites. It houses and protects 46,815 acres of natural wildlife habitat including over 20 miles of coastline in which turtles lay eggs.

It houses 13 of the country’s 16 endangered species including jaguars, tapirs and monkeys, which rely on the park’s protected status for survival. Visitors can also spot over 300 species of birds, reptiles and other mammals. Today, four different species of sea turtles nest here: the green turtle, the hawksbill, the loggerhead and the giant leatherback.

The area’s high rainfall and rich environment where freshwater meets the sea makes the beaches, canals, lagoons and wetlands of the park one of the most biodiverse regions in Costa Rica, and a truly memorable experience for nature lovers.

The Tico Times
Share
Facebook
Twitter
WhatsApp
Email
Previous article3 Million in Costa Rica Already Have the Second Dose of the Covid Vaccine
Next articleSurfing in Costa Rica: Secrets from a Local Surfer