Costa Rica’s best coffee was grown by a newbie farmer 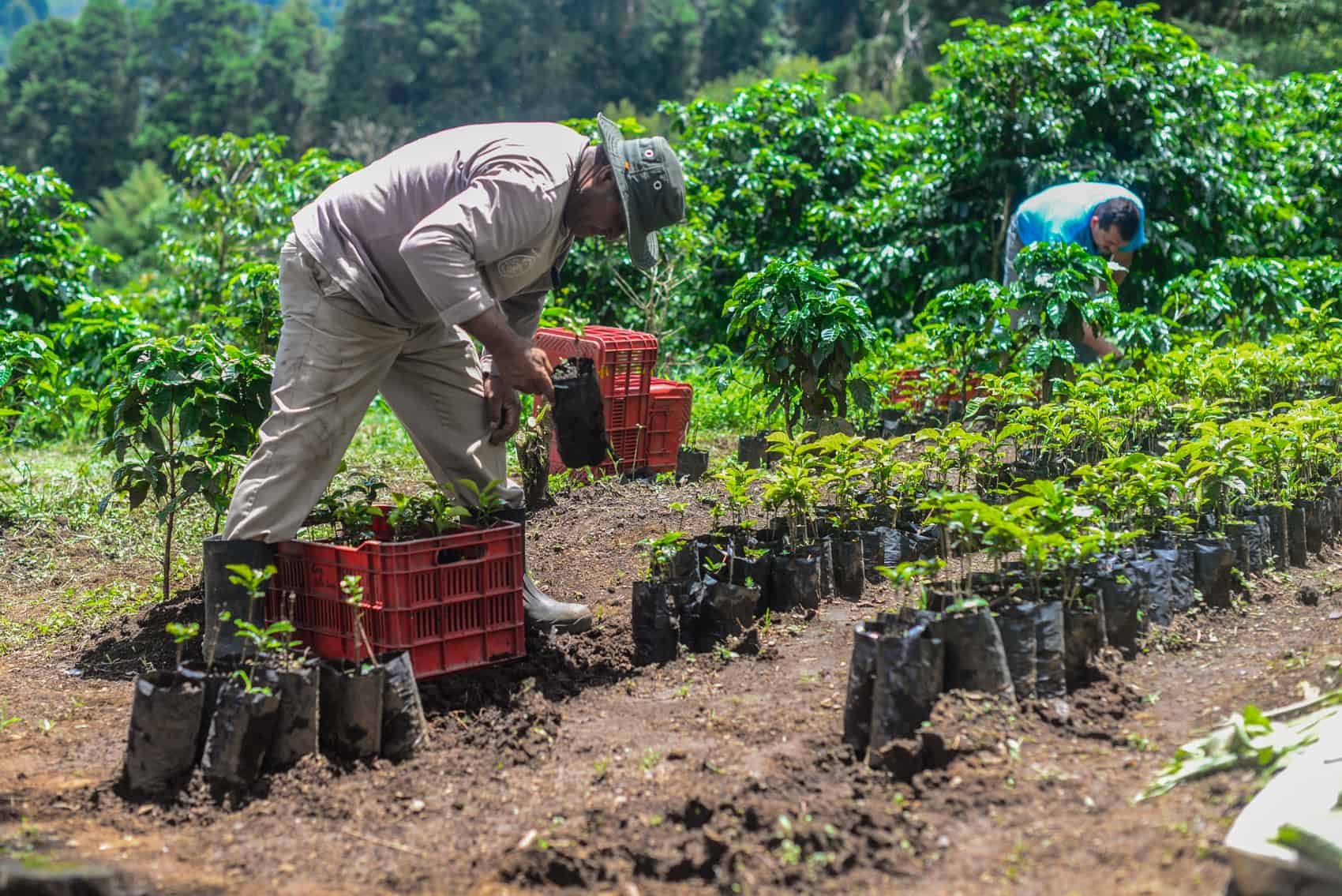 LOURDES DE CIRRÍ, Alajuela — It looked like rain when Francisco Mena got into his truck with one of his two daughters, 12-year-old Alessia, to go look for a coffee roaster from the U.S. and his family who were visiting Finca Sumava.

The sudden rush of clouds brought a chill to the coffee farm, which is draped over the steep hills of Lourdes de Cirrí, Naranjo, some 50 kilometers northwest of San José. Even as the clouds rolled in, Poás Volcano was still visible in the distance.

“It looks like a European postcard, right?” said Mena, who had managed Finca Sumava for just under two years when he won Costa Rica’s Cup of Excellence prize last month.

The prestigious award crowned his coffee the best in the country.

The coffee trees growing on either side of the farm’s gravel road have already flowered and it will be several months before the clusters of red cherries are ready for picking. But there’s still plenty of work to do at the farm.

Since Mena took over in 2015, he has pruned old coffee trees to the ground and planted saplings on roughly 15 percent of the farm. On this day, a group of workers had spent the morning planting new trees, and was getting ready to call it a day.

“How many coffee trees did you plant today?” Mena asked one man who was carrying a shovel over his shoulder.

“Be sure you give each one a kiss,” Mena said and laughed before thanking the men for their work and driving on. Two of the farm’s five dogs jogged alongside the truck. Francisco Mena with his daughter Alessia holding the Cup of Excellence prize in front of the winning coffee lot at Finca Sumava. Lindsay Fendt/The Tico Times

Mena seems at home on the farm, but he didn’t grow up as a farmer. Mena spent his childhood in the southern Pacific town of Golfito, near the now largely defunct banana belt along that coast. His father worked for the United Fruit Company.

Mena has worked in the coffee industry for 25 years, starting as a messenger for a local exporter. From there, he studied business administration and went on to work in different parts of the coffee export business, eventually working for Starbucks in Costa Rica.

In 2008, he went out on his own and started exporting coffee from eight farmers out of a garage in Escazú, where he lives. That garage start-up, Exclusive Coffees, would grow into a key player in Costa Rica’s boutique coffee market.

At the time, Mena said, there was no one helping small, speciality coffee growers develop direct relationships with international buyers and roasters. Today, Exclusive Coffees represents more than 90 micro-mills.

Helping farmers sell their coffee is a far cry from growing the beans for an award-winning cup of joe. But Mena said his experience working with farmers during the last eight years with Exclusive Coffees was “like going to school.”

One of those teachers was Antonio Barrantes, the manager of Cafetalera Herbazú, whose award-winning coffee farm in Lourdes is just down the road from Finca Sumava. Barrantes won the Cup of Excellence in 2015.

He said the soil in which he and Mena grow their coffee is exceptional. “The conditions are right for excellent coffee,” he said, “The rest is on us.”

The growing conditions in Lourdes are definitely exceptional. Since Costa Rica first started holding the Cup of Excellence competition in 2007, four farms within a square kilometer here have won the top prize.

The volcanic soil from nearby Poás Volcano, the area’s microclimate and its altitude — roughly 1,600 meters — combine to give Lourdes one of Costa Rica’s most coveted terroir for coffee. Still, altitude and soil aren’t enough without the right management. When Mena took over Finca Sumava it was “mostly abandoned,” he said. The previous owners weren’t interested in growing coffee and told Mena that they wanted to sell.

Through a bit of serendipity, Mena knew a Czech investor who was looking to buy a coffee farm in Costa Rica. When Mena made the introductions, the investor said he wanted Mena to manage the property for him.

Suddenly in charge of Finca Sumava, which the investor named after a national park that straddles the borders of the Czech Republic, Austria and Germany, Mena assessed the property and, with advice from Barrantes and other friends, went about improving the soil and the stock of coffee plants.

The first year the farm was under his management, its coffee placed 13th in the 2015 Cup of Excellence. The second year it won first.

Mena’s newfound fame will likely bring a steady stream of visitors to his farm, like today’s family from the U.S. Mena spots them walking back down the road. He wrangles the gringos into the back of the truck.

Driving back to the mill, Mena yells, “This is it!” out the window to the group in the truck bed. This is the Monte Llano Bonito section of the farm, the lot where the winning coffee was grown. A small wooden sign reads “Ethiopia Caturra,” the name of the hybrid.

How that coffee was processed after the harvest is just as important as the growing conditions. This year, Mena and his team used a “sweet sugar” process on the winning lot of coffee.

In a typical wet process, coffee is pulped (its skin removed) and washed before being left in tanks to ferment and then transferred to drying beds. In a traditional wet process, the water left over from the pulping process, called “honey water,” is discarded.

But Mena added it back into the water with the washed beans to ferment. This further concentrated the coffee’s naturally occurring sugars and flavors. Judges loved it. The tasting notes from the Cup of Excellence described the coffee as complex and floral with pronounced flavors of molasses and blueberry. Judges gave it a score of 93.41 out of 100 — the second highest ever for a Costa Rican coffee.

On the way back home to Escazú, Mena leaned over to his daughter Alessia sitting in the front seat of the truck.

“Are you going to take over the farm one day?” he asked.