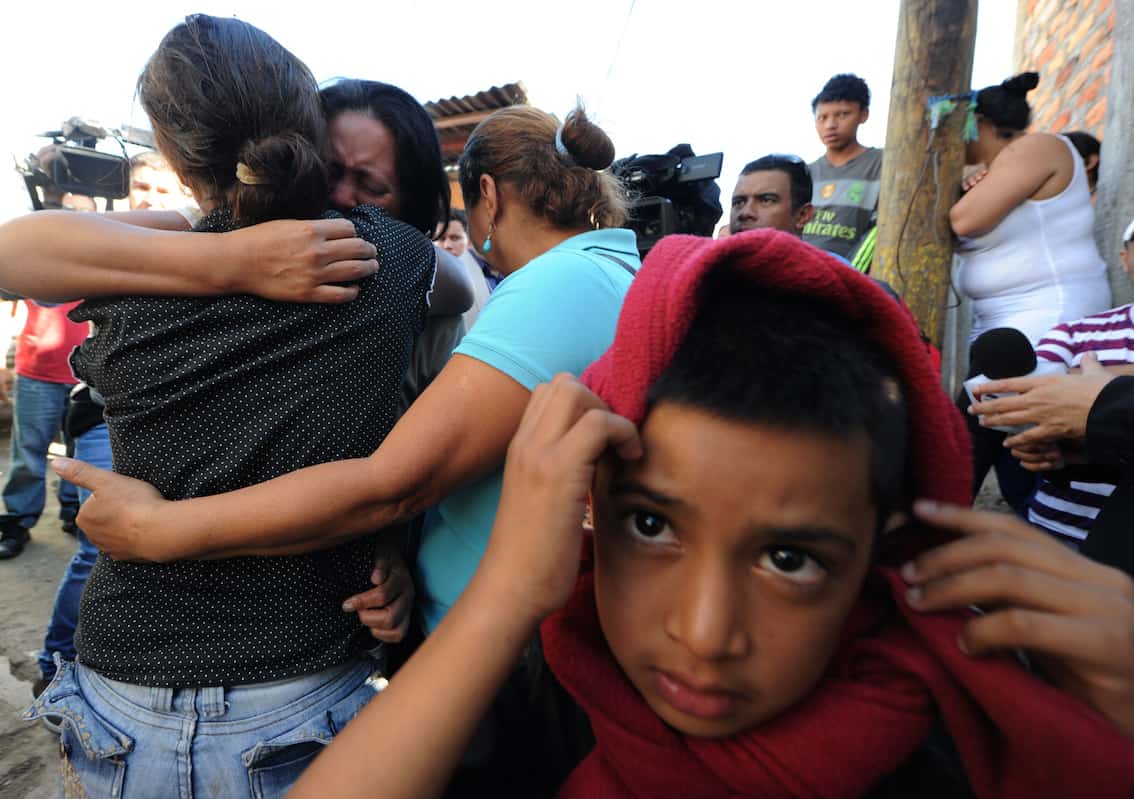 Relatives of seven people who were shot dead at El Infiernito neighborhood comfort each other in Tegucigalpa on Nov. 25, 2015. The crime was an alleged settling of scores between maras (gangs). (Orlando Sierra/AFP)

TEGUCIGALPA, Honduras — Attackers armed with guns and machetes killed at least six people — three of them children — on Saturday in Honduras in the third massacre in a week, police said.

The assailants burst into a home in the village of Nueva Frontera in the northwest of the country, police spokesman Leonel Sauceda said, with two others left wounded in the brutal attack.

Honduras, plagued by feuding street gangs and drug trafficking that helps feed the U.S. market, is rated one of the world’s most violent countries.

In the first massacre this week, suspected gang members in the northern city of Choloma killed eight bus drivers Tuesday for refusing to pay extortion money that gangs charge businesses and refer to as a “war tax.”

In the second mass killing, suspected gangsters killed seven people in a poor area of the capital Tegucigalpa. Police said the motive was to terrorize people in a district where the gang sells drugs.