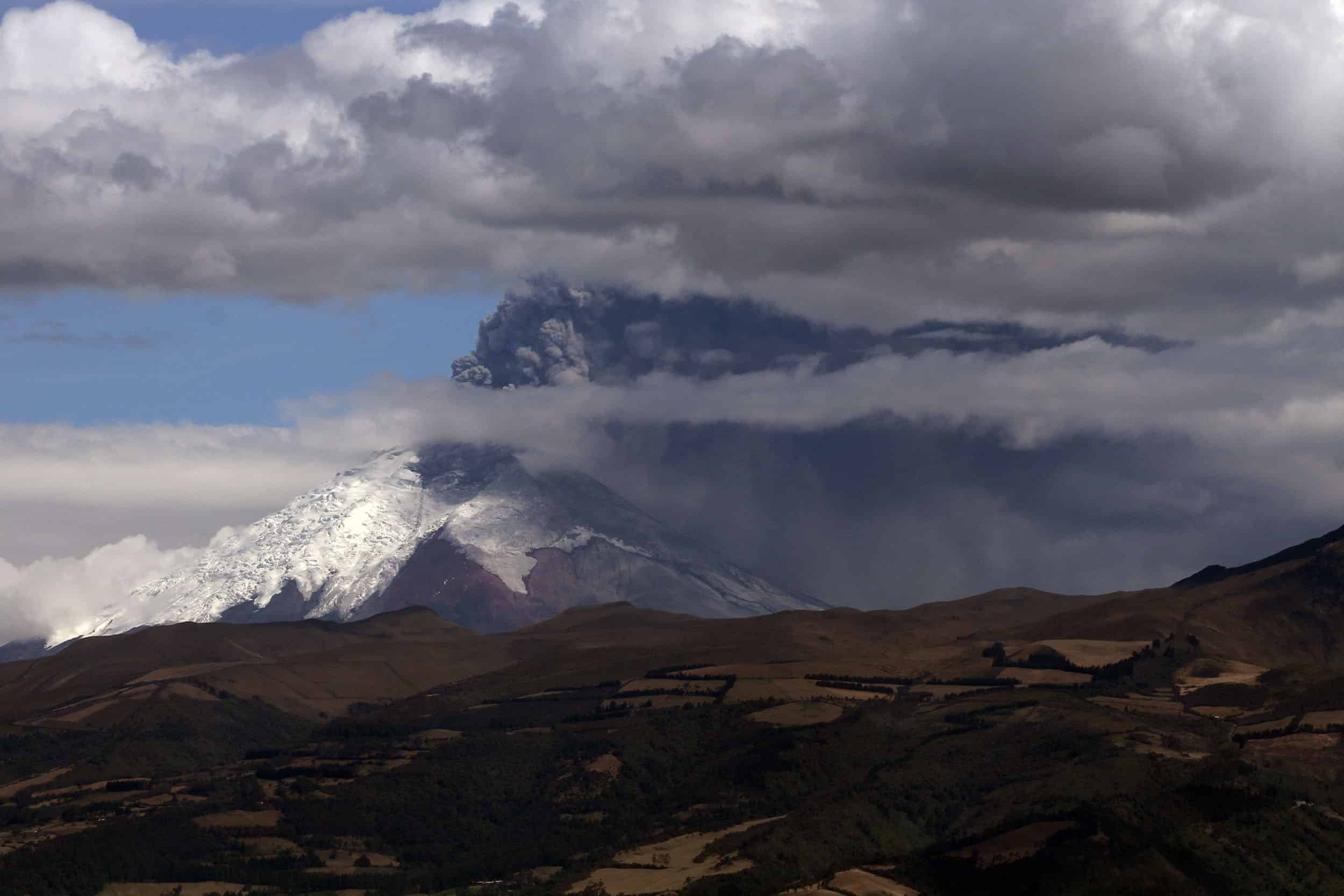 MACHACHI, Ecuador — Ash from Ecuador’s Cotopaxi Volcano rained down on a dozen villages in the country’s central Andean region Saturday, where agricultural output has been marred by a blanket of soot from explosions that began a week ago.

The volcanic activity, which began August 14 after 138 years of silence, continued into Saturday with “steam emissions and a moderate load of ash” the country’s Security Ministry said.

From the nearby capital of Quito, home to some 2.3 million Ecuadoreans, a gray column two kilometers (1.2 miles) high could be seen billowing above the crater.

The volcano, which towers to 5,897 meters (19,347 feet) high, is considered one of the most threatening in the region — both because of its size and because it is so close to well-populated towns.

In the village of Machachi, one of the towns hardest-hit by the volcano, farmers are struggling against the eruptions’ aftereffects.

“The cows have nothing left to eat because all the ash is on the grass, which is bad for them because it gives them fever, diarrhea and it stops their milk production,” villager Nelson Pila told AFP.

At least a dozen villages and part of southern Quito, which is located just 45 kilometers from Cotopaxi, have been affected by ashfall, the ministry said.

The ash “burns crops, dries them, and they are lost,” María de los Ángeles Gualotuna, a 36-year-old farmer and livestock breeder, told AFP.

The government, which declared a 60-day state of emergency, has sent livestock feed to the area and is preparing an evacuation plan in case the situation worsens.

Around 500 people were evacuated from the volcano’s surroundings last weekend.

“There is a lot of dust, all day the steam comes out of the mountain and burns the throat and eyes,” Oswaldo Díaz, a 60-year-old Machachi resident told AFP.