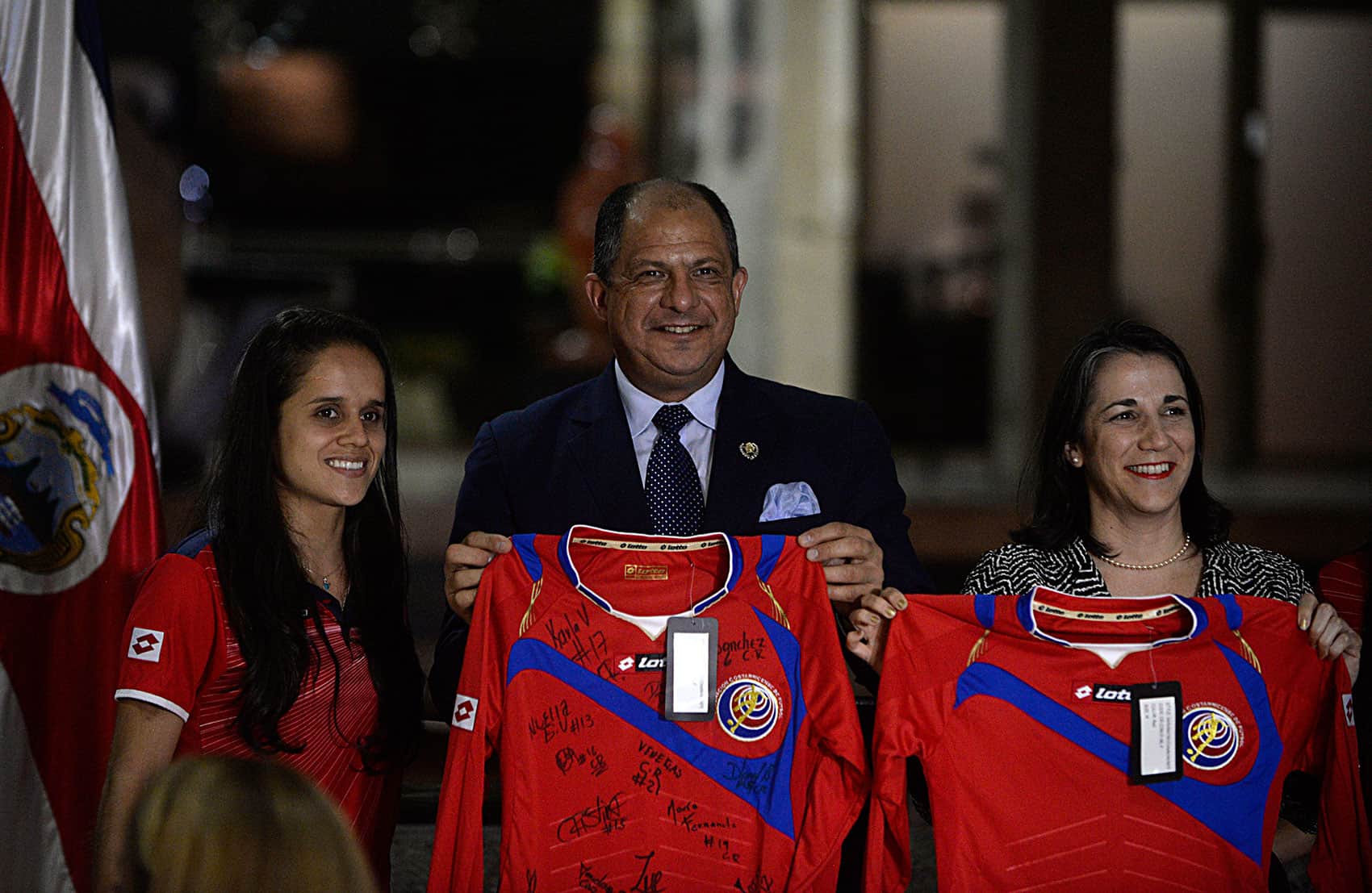 The 2015 Women’s World Cup is less than a month away, and for the first time ever Costa Rica will be competing in the tournament. Monday night President Luis Guillermo Solís held a ceremony at Casa Presidencial to honor the team.

“This is really much more than a sports competition,” Solís said during the ceremony. “This shows that now in our society, in every national sphere, we have women in positions of leadership.”

Costa Rica will spend the next month training before heading to Canada for the World Cup in June.

Las Ticas, as the national women’s soccer team is known, qualified for the tournament after a surprise performance in the CONCACAF Women’s Championship in October. The Costa Rican team fought its way to the quarterfinals where it was expected to fall to heavily-favored Mexico. But the team pulled out a 1-0 win to advance to the semi-finals.

Las Ticas then clinched their place in the tournament after Costa Rican keeper Dinnia Díaz, shut out Trinidad and Tobago in a shoot-out. Costa Rica went on to place second after a 6-0 loss to the U.S. in the championship game.

Las Ticas face tough odds in Canada. At 37th in the world, Costa Rica is one of the worst ranked teams in the tournament. Facing top-ranked Brazil and middle-of-the-road Spain and South Korea in the first round of the tournament, it seems unlikely Las Ticas will advance to the second round. These challenges haven’t escaped the sportsbooks, most of which give Costa Rica 1/250 odds at winning the World Cup.

But Costa Rica seems to have made a national habit of shocking the world. Last year, the men’s squad took out three former world champions and tied the Netherlands in the World Cup quarterfinals. The team had not even been expected to score a goal in the entire tournament.

You can catch a sneak peak of the World Cup team in action during two friendly matches against Mexico on May 25 and 28. Costa Rica will then take on Spain for its first World Cup game on June 9.