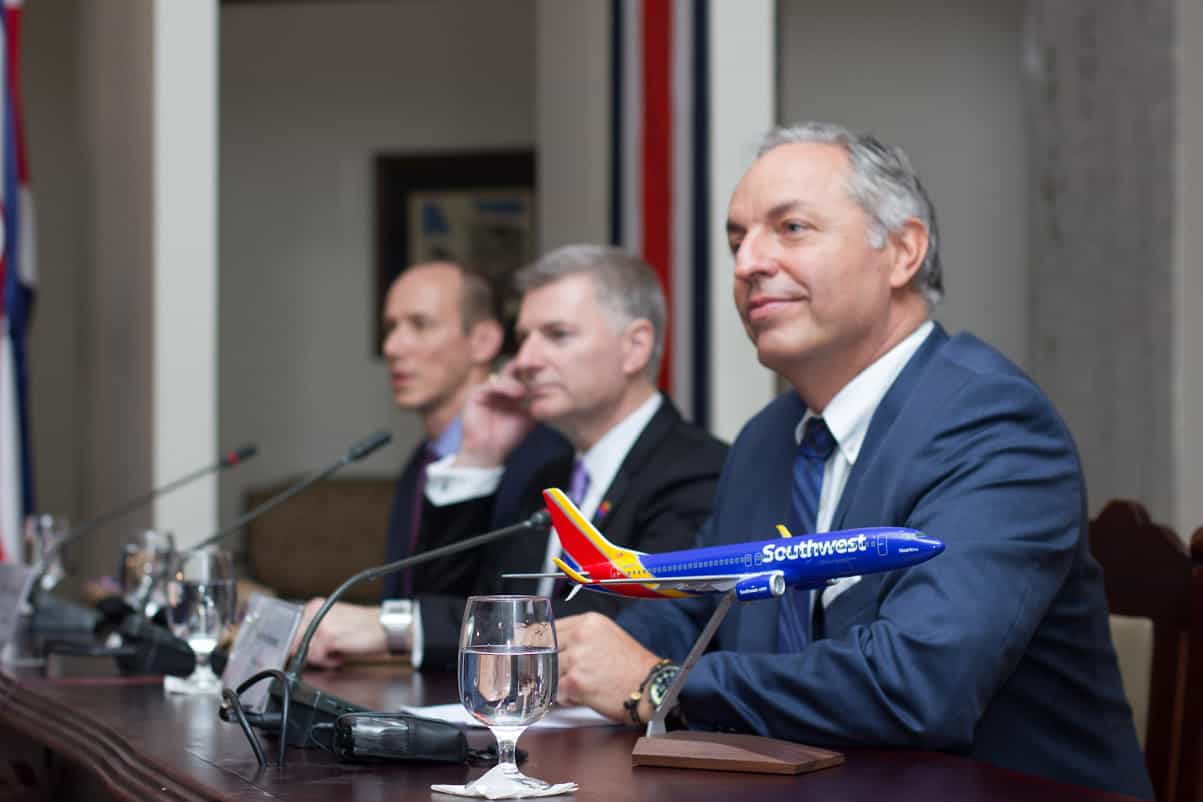 The U.S. Treasury Department posted a detailed fact sheet Thursday on the new travel rules for U.S. passport holders planning a trip to Cuba that go in effect Friday. Fun-in-the-sun vacations are not covered in the eased travel sanctions, but that hasn’t kept Cuba off many U.S. publications’ top destinations for 2015, including The New York Times (Costa Rica didn’t make the Gray Lady’s list this year).

Despite what some see as a threat to Costa Rica’s preferred status with U.S. tourists between new offerings in Cuba and Nicaragua, Tourism Minister Wilhelm von Breymann said the land of “pura vida” does’t have anything to worry about, during a press conference Wednesday announcing Southwest Airline’s new routes to Costa Rica.

“I think this is still far off,” von Breymann said when asked about up-and-coming destinations siphoning off U.S. tourists from Costa Rica’s $2.2 billion tourism industry. Gringo travelers are the single most important market for Costa Rica’s tourism sector, bringing in an average $2,200 each per visit.

“Cuba needs to go through quite a bit of work first, and the same for our neighbors to the north,” the minister said, referring to Nicaragua.

Von Breymann brushed off concerns about Costa Rica’s relatively high prices for travelers: “There is a wide market out there. Backpackers continue to visit Costa Rica, and thank goodness they do, because they play an important role in rural and community tourism. And we also have other people who come and spend lots of money for special rooms, exclusive hotels. Each product has its client. We need to continue innovating and improving our service.”

The Solís administration said that it has a strategy to continue attracting flights to the country to ease business and tourist travel, including one between Costa Rica and China. Von Breymann said that Costa Rica has seen six new or expanded routes announced in the last two months. On Thursday, the Public Works and Transport Ministry added one more to that list, announcing that a memorandum of understanding had been signed to open new flights between Costa Rica and Singapore.

The tourism minister added that Costa Rica boasts a very strong rate of return visitors, with four trips on average.

“We need to be innovative and continue professionalizing ourselves if we’re going to continue raising our level of service and products and make it a once in a lifetime experience when people visit Costa Rica. That’s while Costa Rica has always been at the top of lists for returning traveling,” von Breyman said.