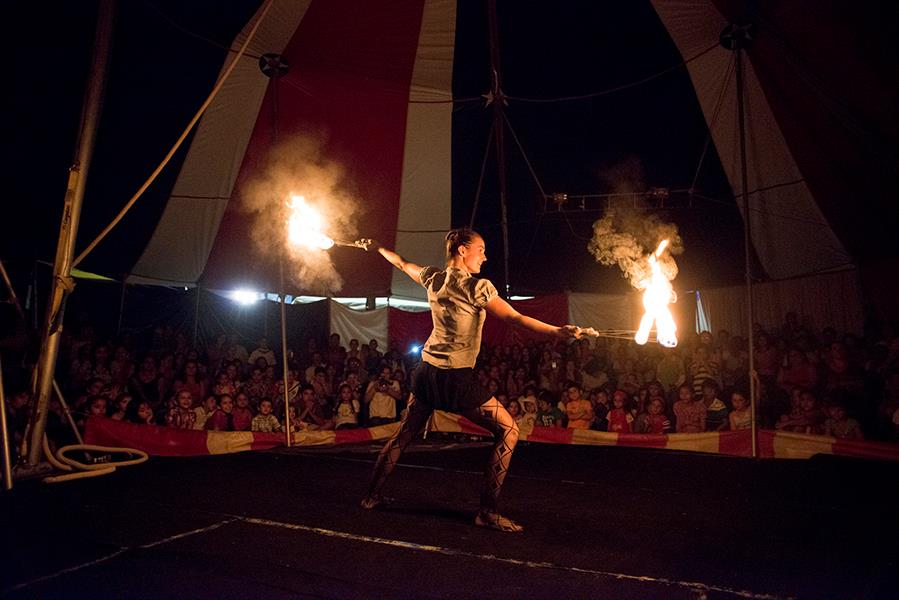 Where do you start with the International Arts Festival? It can seem pretty overwhelming, with its hundreds of events in various venues throughout the capital, but FIA’s online schedule is comprehensive and well organized. If you don’t want to deal with Spanish, see our recommendations here. And definitely don’t miss the La Carpa Circus today. Costa Rica’s own circus troupe kicks off its first of many performances with a variety show – including acrobats, clowns, and fire-throwers.

Massive daylong showcase of cervezas artesanales. Try samples from nearly all of the finest breweries in Costa Rica.

Music: One Night with Gandhi

Movies, art, live music, and even a storyteller converge at this film festival about climate change.

Masters of flamenco play music and dance, including diverse interpretations of the traditional gypsy form.

Yes, you can get gaga for San José – especially when the Culture Ministry is sponsoring Enamorate de tu ciudad, or Fall in Love With Your City, a year-long celebration of art, culture and urban parks. Check back for games, workshops, presentations and surprise performances.

Fine Art: “In the Woods”

The Museum of Costa Rican Art presents this haunting and beautiful series of landscapes by Gerardo González. Catch the final weekend of his rainforest paintings.